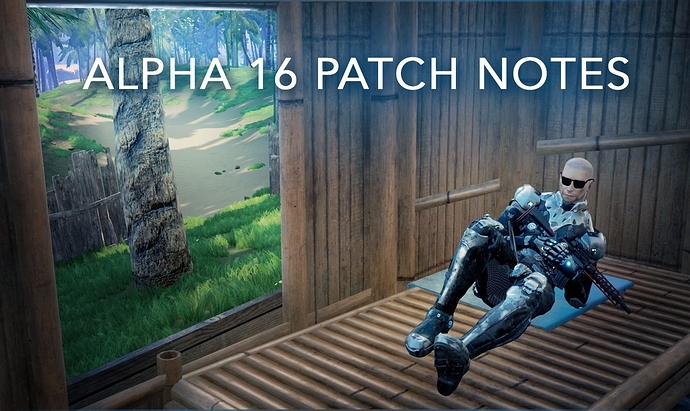 The month of march gave us some much needed time to execute our plans for “Streaming 2.0”, which is what we’re calling all the fancy new mods and improvements we’ve made to our level streaming component - which in turn rewarded us with some very nice gains in framerate. In addition to focusing mainly on optimization, we’ve also added in our first iteration of a revive system aptly named “Nano-vive” since it relies on nano-med use (see below). @Zenity’s made plenty of nice progress on our WIP ranking/scoring system based on all of your feedback, and our crack audio team, @TomWrightSound and @AudioDev, were able to get a bunch of audio polish and new sounds in that were sitting in our backlog for a while. So overall, definitely a productive month and I think all you Alpha Testers will be pretty happy with the performance gains and polish you’ll notice over the weekend due to @Tomble nd @talun’s ongoing quest for frames.

If you haven’t seen the alpha schedule for this weekend, make sure to check out the announcement we posted in regards to Solos/Duos mode days and our dev hunt event hours: Alpha Wave 16, Dev Hunt, & Pre-Orders!

Keep in mind we’re still experimenting with this system and will be looking forward to all your feedback after Duos testing on Sunday and Monday.

Fixed various crashes (thank you for all the reports!)

Disabled animations on weapons when not relevant to player

Changed streaming distance during landing, in observer cam, and when new map loads

Added wind sound based on player velocity when

Added private servers. They now show up in the Custom Matches tab when hovering over Play Match

Regen time after throwing is easier to gauge

Disabled ability to crouch when underwater

With 5 months of updates to unveil, Islands of Nyne brings the Duos game mode to the Dome. A Change log with so mush to offer it's hard to summarize.

Closed Alpha Launch being the reason all of us are reading this anyway, let’s get to the meat of the update. Islands of Nyne is a sci-fi time travel...

The lighting reminds me of crisis 3

Looks like a direct rip off from Crysis + some CoD and arena. Even your posters.

PLEASE! Anyone can give me a key? I really want a key ;-;

Please give me the product key by all means

This looks great, I would love to get a key to the beta and maybe show your guys work off on my YouTube channel.