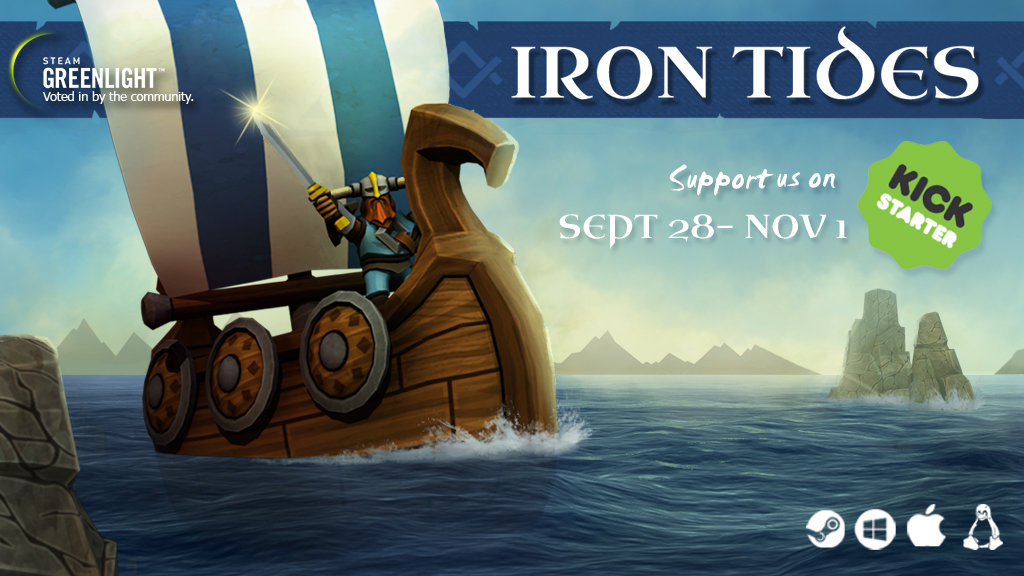 Iron Tides is a rogue-lite genre mash of survival, exploration and tactical combat. It casts you in the role of a viking chieftain, charged with commanding a loot-hungry warband. You engage in a series of raids, venturing ever deeper into unforgiving seas as you encounter long lost kingdoms and mysterious tribes.

Combat in Iron Tides, though turn-based, is designed to be quick, dynamic and brutal. The tide of battle ebbs and flows with the fury of your vikings and the rush of enemy reinforcements. Positioning, timing, and cunning use of resources are all key to your survival.

And survive you must. The sea is a ruthless place, full of great rewards but also dire consequences. You must take care to feed and maintain your crew, or else face your foe with a band of half-starved men. To make it out alive you might have to make some hard choices, like pitching the wounded overboard to save resources. 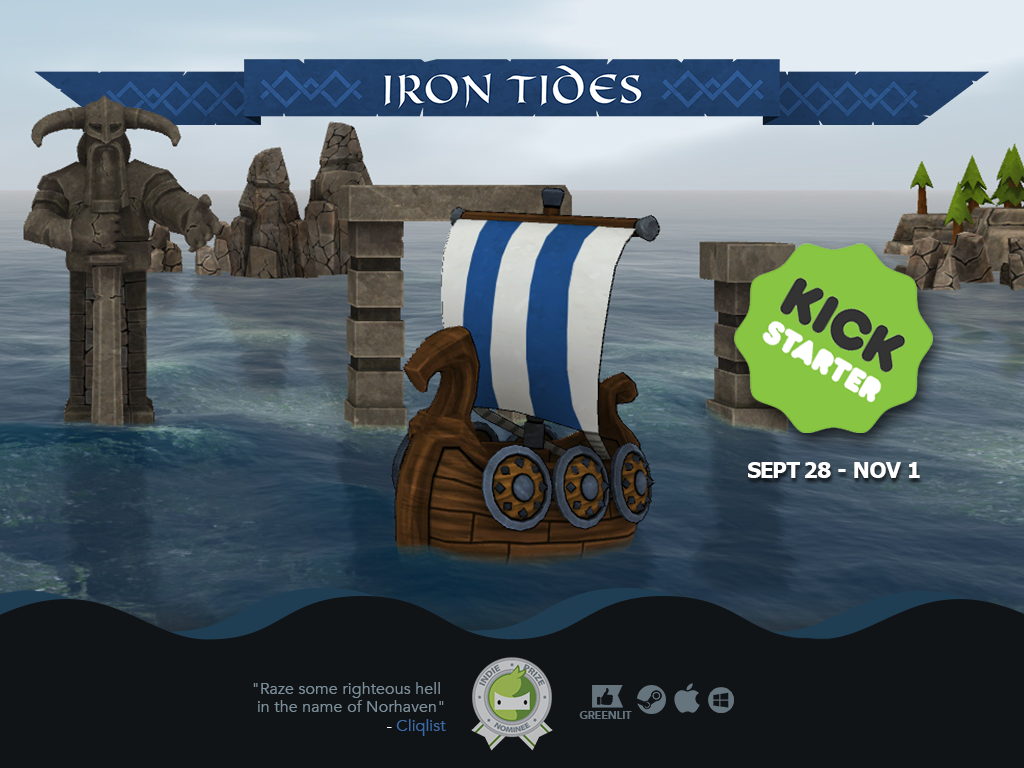 Do you want a chance to win free Steam Keys? We're building our warband with the community!

First visit our site and download the Iron Tides Demo!

Then complete the objective as follows:

Updating your progress to your channel with hashtags #IronTidesGame #ProjectMQ increase your chances to win!

Thanks community, we hope to hear from you soon!

After months of development, the Iron Tides is now featured on the Square Enix Collective! Get your votes in now!

We continue our sail towards the top 100 games on Steam Greenlight.

Greenlight is on the Horizon

Vikings are coming to Steam Greenlight, and we're showing how we do it.

We're giving away FREE Steam keys (PC/Mac/Linux) on launch. All you have to do is download the build and complete the objective while keeping all your...