Beta backers will have access to our second limited beta-weekend at 19:00 UTC on the 7th of December, until the 10th of December. See the full article for details on how you can get access, or if you have access, how to download, install, and get into the game that weekend! Improvements to the I-Novae Engine Netcode, Artwork updates, and capital ship controls are getting their first design pass! 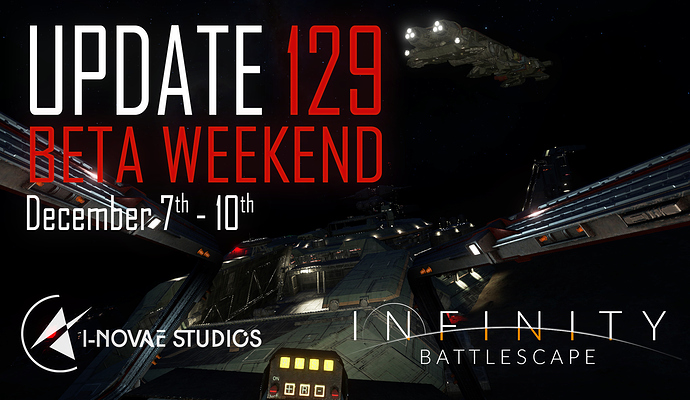 Hey everybody. We are happy to announce that we’ll launch our second limited beta-weekend at 19:00 UTC on the 7th of December.

As per usual, you’ll need to have an I-Novae account properly linked to your pledge. If this is the first time you are participating, the full details are available in this thread: Infinity Battlescape Beta weekend 7-10 December 2018 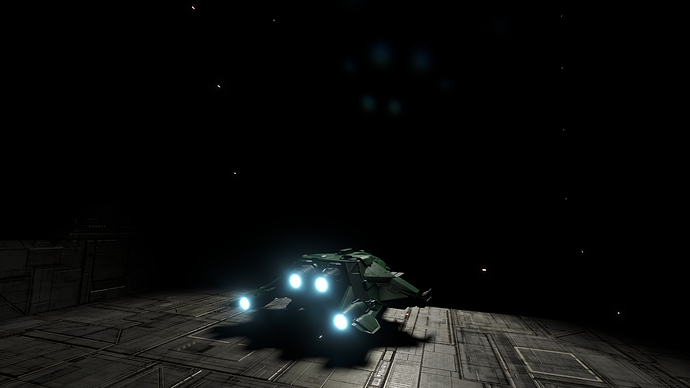 In other development news, the first half of the week was spent on major networking improvements. Our networking was pretty solid on low latency, stable connections but quickly degraded and became unplayable when you increased packets loss and latency.

By using a small free tool called “Clumsy” I was able to simulate bad network conditions and investigate the flow and timings of packets being sent / received. It turns out our implementation of reliable UDP had multiple parameters that were fine-tuned for relatively stable, typical EU <-> US latency. I reviewed all this code to ensure the parameters were better set for worse connections.

The game is now bearable for latency up to 300 ms and a packet loss of up to 15%. It will still work with even worse conditions ( I’ve even tested up to 500 ms and a 25% packets drop rate ) but as expected, gameplay suffers and shots accuracy quickly drops, although I was positively surprised to see that our server lag compensation did its job pretty well even at such high latency.

Another change I’ve made is to introduce an adaptive input queue on the server side, which should reduce error corrections ( resulting in a seemingly random loss of control for a second ) in bad network conditions. All these changes should lead to a substantially better experience if you’re playing in unstable network conditions. Input lag was even reduced for those with good connections, so it’s a win-win scenario! 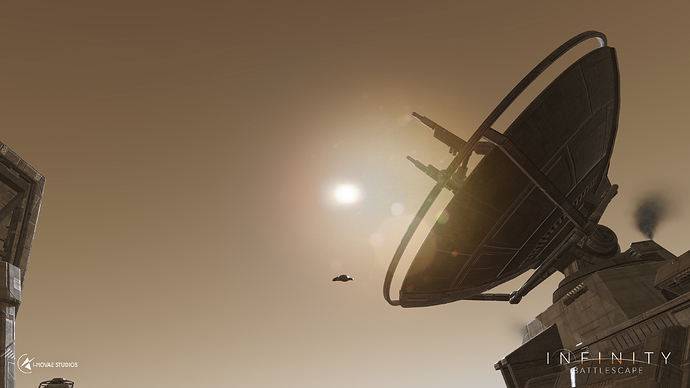 The second half of the week, I continued some HUD improvements following last week’s community session feedback. I performed another pass on the ships physics parameters. Relative masses for the corvette and capital ships was incorrect ( the destroyer had x3 the mass of the corvette, despite being an order of magnitude bigger ) which partially explains some funny behavior in ramming scenarios. The capital ship’s docking spawn direction was flipped ( capital ships now spawn “out” of the station, not “in” ). 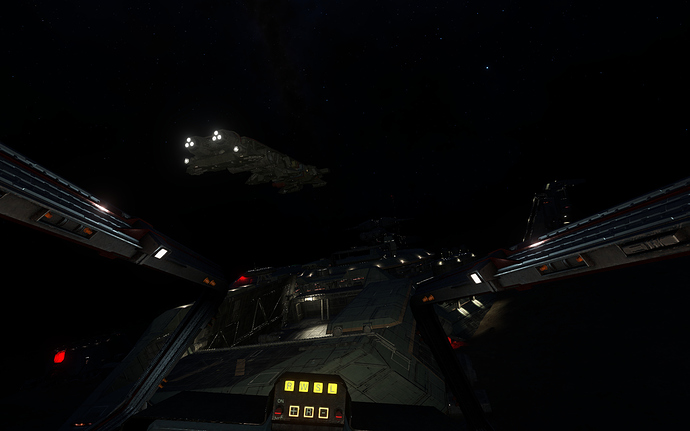 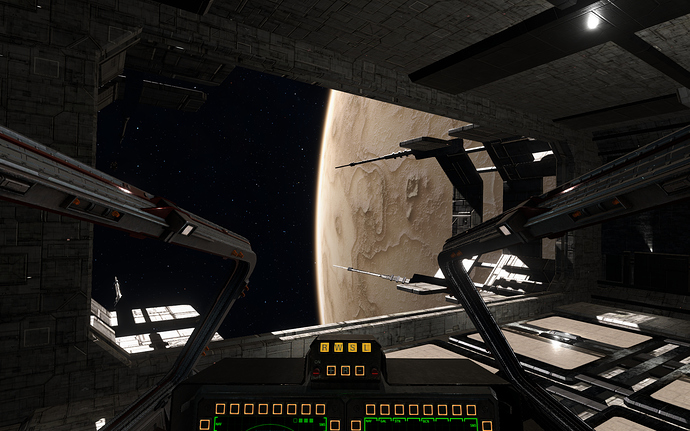 New Cockpit Materials, seen from inside a Hangar Bay

The third-person camera was tweaked to feel smoother and better take into account the ship’s mass / inertia. The zoom-out maximum range has been reduced. Maximum angular velocity upon a collision is now artificially dampened to avoid seeing a capital ship spin for dozens of minutes. A major bug related to the collision damage screen-space effect location was fixed, along with many other smaller fixes.

I’ve also started working on the new capital ships control scheme; more on that next week after the initial implementation is done.

On the art side, Dan is working on low-poly collision meshes for all ships ( that’s a lot of work ) which will finally allow more accurate collisions / flying close to the hull of capital ships… and eventually inside the hangar of the carrier. Jan and Kristian have been working for a couple weeks on something we’ve largely ignored until now: weapon meshes. I’m looking forward to seeing capital ships with bad-ass weaponry instead of the puny little placeholders we’re currently using.

That's all for this week! More to follow :D

Read the Update and Beta Weekend Details via our Forums Here

I wish my computer wasn't ancient, this looks so good every time I see it.