In the Heart of Borneo

There are whispers of a man-eating dragon from centuries long past, lying in the darkest depths of the jungle. Survive your trek into the Heart of Borneo and uncover the truth of the lost legend.

PC Strategy game coming to Steam. Take a walk on the WILD SIDE of sims.

My latest update is mostly graphical updates. Here’s a gif with a few changes in action!

Until creating this game, I never dabbled in UI art & design. I was surprised by how much I enjoy it!

As a gamer, I always had strong opinions about UI and prefer when the UI fits into the theme of the game (in the game world).

Examples of UI I like include: Chapter selection in Valkyria Chronicles and the UI from Sorcery!

(The below image doesn't include the newer font.) 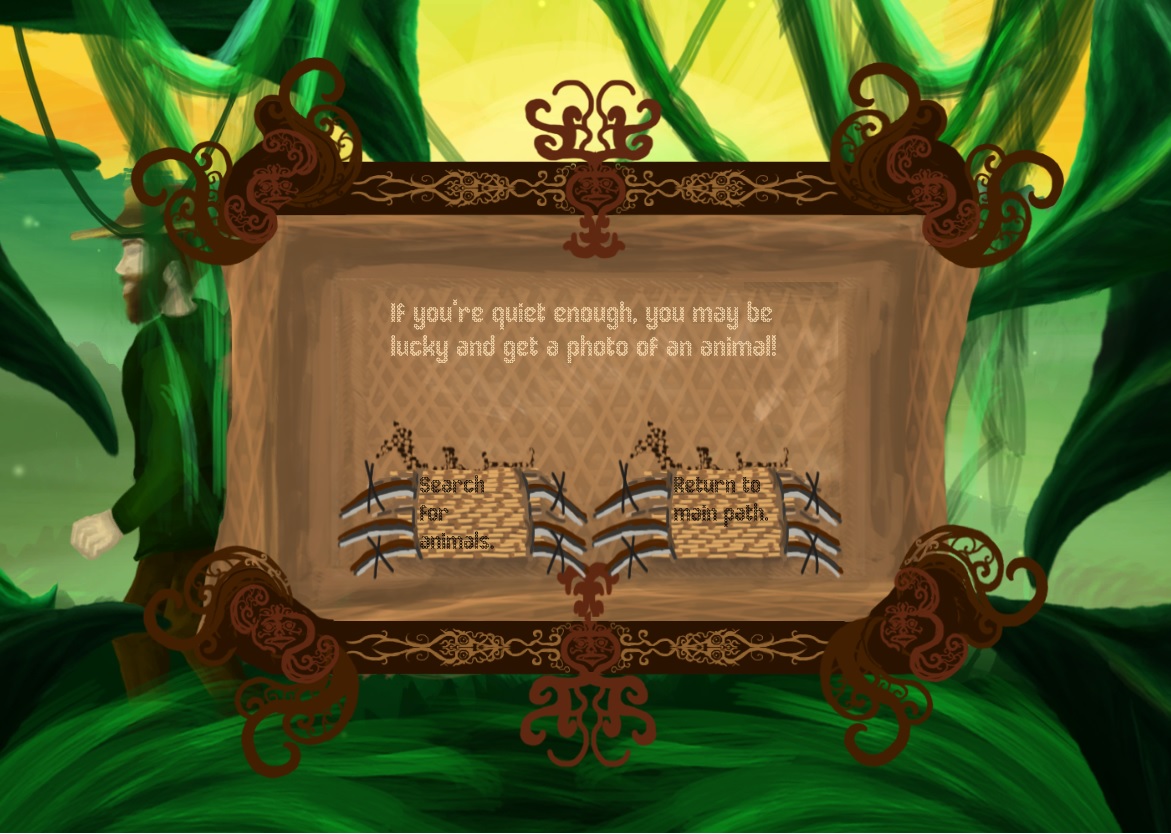 If you’re interested in how I designed the event UI (popups), I recommend checking out my Facebook post, which has a few references images I used: I tried out a couple fonts and found one I particularly like. It requires more time and polish so it looks nicer and less flat, but I’m happy with the color balance I found. The color on the font face looks striking, against the other colors.

There’s also enough contrast between the outline and font face that it’s readable and stands out from the background. Shadows will improve it even more. 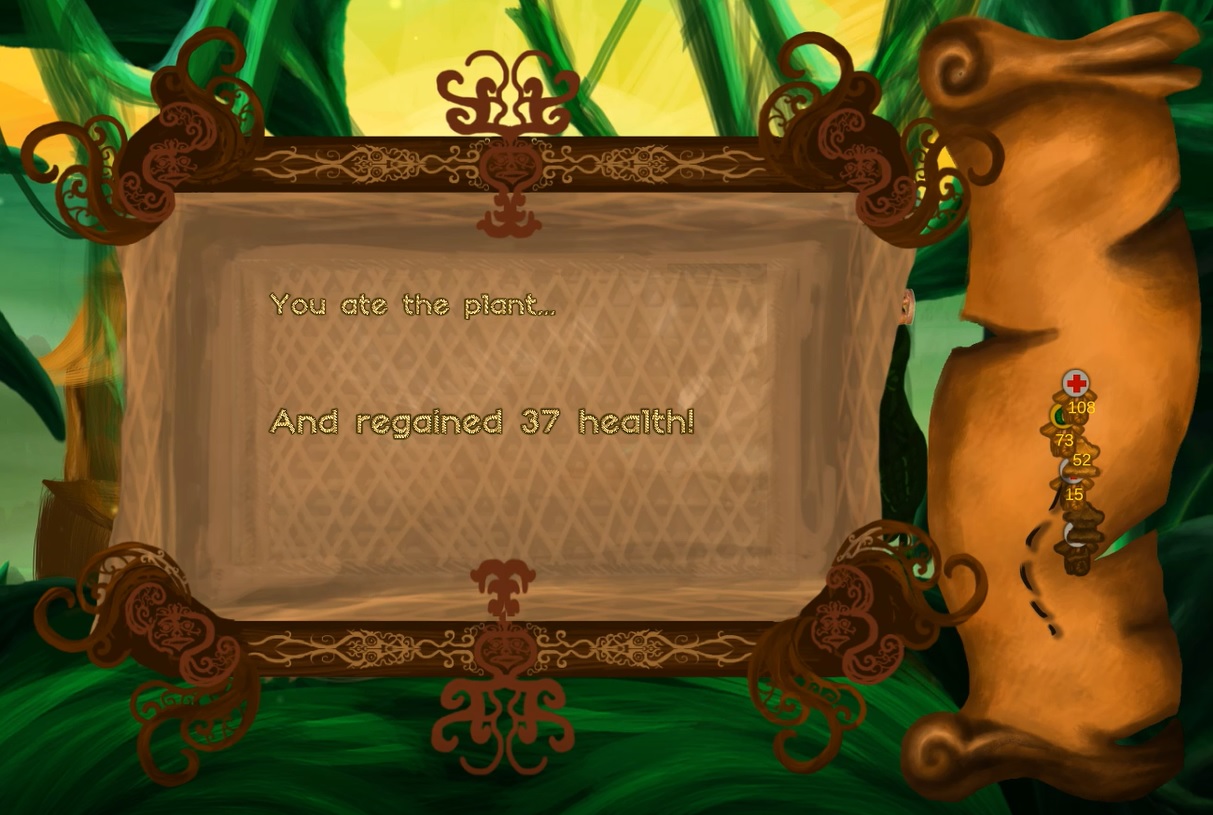 I still have plenty more work to do here, but it’s coming along. (The top of the map curls into the rough shape of a hornbill!)

Villages also pop in when the player is within a certain distance, so it isn’t always apparent how many villages or which type of villages are in the vicinity. 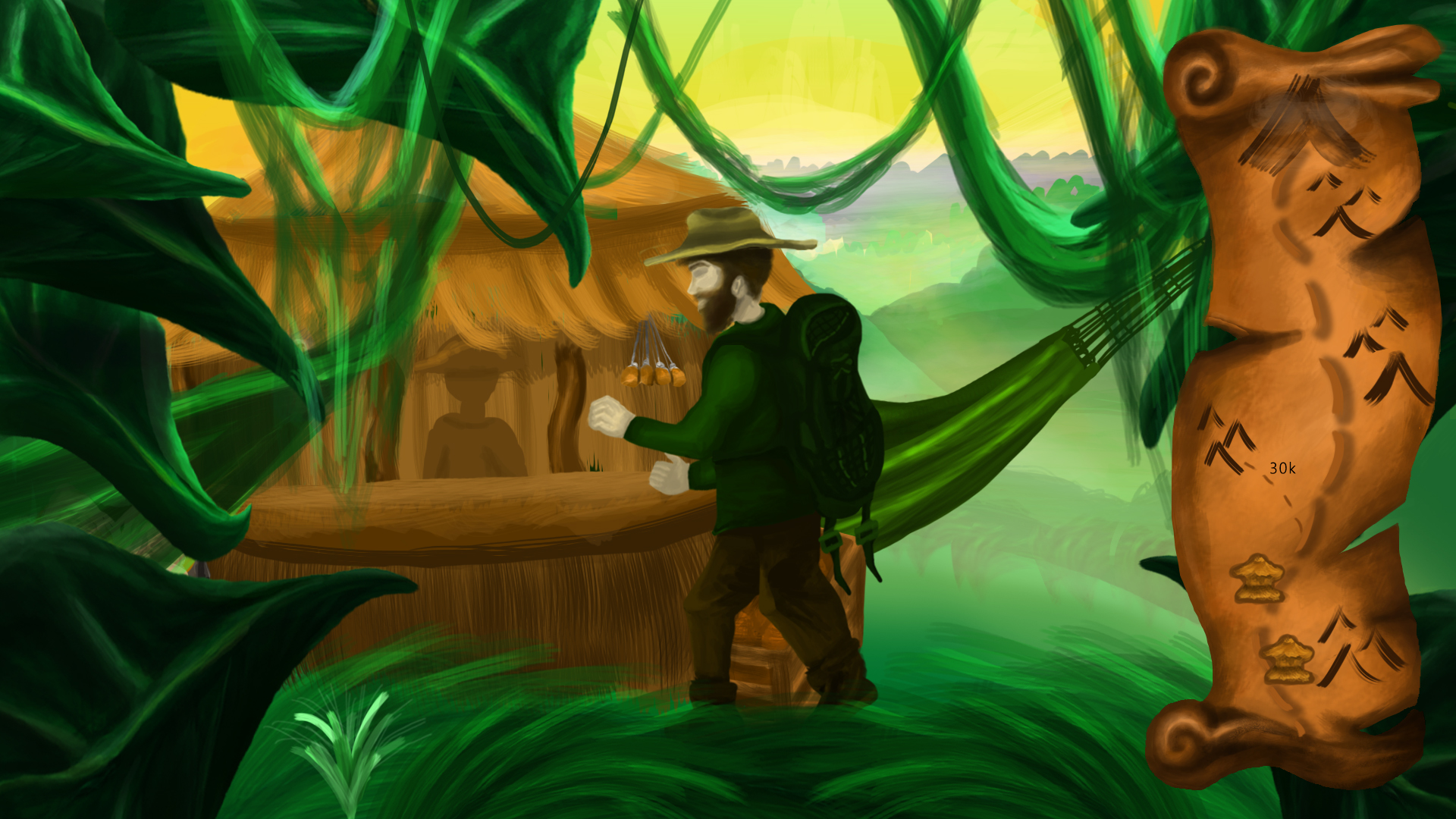 I personally enjoy process pictures on other devblogs, so here's how I took my map from an outline, to color blockout, to final: 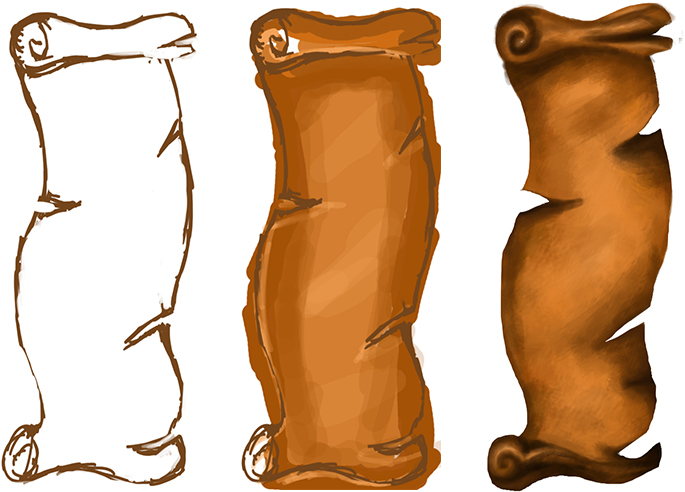 I need to differentiate more visually between Large Markets and Small Markets, but here’s my initial draft of each village type.

A fun note: The Small Market village has a durian fruit on top! - A durian is a potent fruit common in Asia. It isn’t something that Western tourists typically like when they first try it.

I have two major items on my TODO list:

Latest update for PC simulation game "In the Heart of Borneo!" Character art, animations and moonwalk!

Indie
Twitter
Tags
Embed Buttons
Link to In the Heart of Borneo by selecting a button and using the embed code provided more...