In Exilium is a hack & slash role playing game in the same vein as games like Diablo, yet focuses on minimalism, exploration and discovery as opposed to creating an expansive RPG experience. You play as a king who has been exiled to a strange, hostile world by an unknown force. There are no other characters and no quests to help you along the way. Only through exploration can you learn why you were exiled and how to return…

In Exilium has made it through the Steam Greenlight process and has been approved for release on March 13th 2015! For the release, I have revamped the In Exilium and Conflux Games websites. Check it out at Exiliumgame.com and Confluxgames.com

With the Steam Release comes version 1.6 which has significant improvements to The Multiplayer Battlegrounds and some critical bug fixes. Version 1.6 will go live on before the Steam release, so if you can't wait to check it out, it will be available on Desura, IndieGameStand and through the games site around March 5th

Here is the Steam Release Trailer!

In Exilium is 50% off this week for developers birthday!

In Exilium is Released!

In Exilium is now available for purchase, on the games website and on Desura for 25% off it's opening week!

In Exilium Release Scheduled and Trailer

In Exilium is releasing on August 25, 2014! Enjoy the release trailer and I'll see you guys in the game!

I'll purchase it at GOG's

Need to keep this title in mind. Looks promising!

Awsome! Would like to help out and test it :)

Looks great, would love to have a go at the closed beta when ready.

Looks like exactly my kind of game. Keep going :) 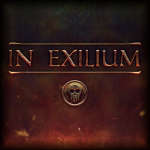 Tags
Embed Buttons
Link to In Exilium by selecting a button and using the embed code provided more...