We're sorry you havent heared from us in a while. It's not you, it's us. We still love you, we just needed some time to work some things out, baby.

So it's about 3 weeks past the date we said we'd have the game up and ready by, you haven’t heard from anyone here in over a month and there's no sign of us anywhere. Sorry guys. Honestly, we didn't ever want or expect this to happen, but it turns out that having real standards for the game means that it gets its release date pushed back again and again. 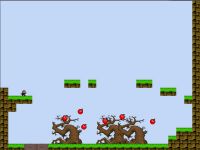 
A month before the projected release date, me and Tij sat down and made a big list of things we need to get done to have the game ready for a 1.0 release, then worked out how long we thought it'd take. Well, that same list is currently about as long as it started, even though we've been at it for a long time now. See, when you start fixing problems and bugs, you tend to find other things to fix too, then other things to add, and change and before you know it you're neck deep in work that you're never going to be able to live up to finishing for the whole thing. 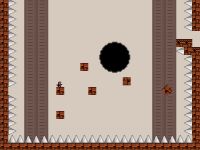 
The biggest reason, I suppose, that this happened was because of you guys. The beta version has, across all of its mirrors; a bit over 15,000 downloads at the moment. That's WAY more than we expected for a demo version to clock up, so it's been great. Though, that brings pressure. Now that we have a real, tangibly large audience for this, we want to make it as good as we can, and that takes time.

So anyway, the work we needed to do about tripled and the time we had for it halved. On top of that, Life comes along and says "Hey, let’s do stuff; we haven't hung out in a while". Between Tij's new Bear wrestling job (It pays well) and his after-hours vigilante crime fighting squad, he's not getting much work done, and my harem of 20 women keep me occupied most of the time. Honestly, it’s more of a burden than you might imagine. 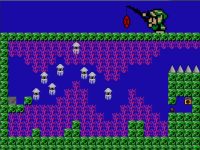 
At any rate, we apologize. We love you.

Looking forward to getting back into the swing of things. It's not far away!

The after-hours crime fighting squad is a bit of a lie, I just like my sleep.

Thanks!
The game is actualyl "running", dont worry about that, it's just the getting everything done to our standards part that we're worried about.