Hostile Worlds is a free squad based real-time tactics multiplayer game prototype. Two to eight players, divided into two teams, battle each other on a desolate alien world. Each team's goal is to collect a certain amount of alien artifacts while constantly being under attack by the opposing team and AI controlled aliens. Hostile Worlds' core experience consists of choosing your own tactic and play style by constantly customizing your squad during the game: Several unit types are available and each comes with a unique set of characteristic abilities which can be unlocked by leveling up. Each squad's backbone is the commander who provides crucial abilities like healing and cloaking. Features: - customizable squad members with characteristic special abilities - "Chess king" commander: weak on offense but essential for victory - new game mode: battle for artifacts - Hostile Terrain - 2 to 8 players via Lan or Internet - unique graphics, powered by Unreal Engine 3

Hey This is the latest Build of Hostile Worlds. This includes a couple of changes. - We tried to fix some sound related problem BUT the Client can still hear the servr sound and music. - The units shot now at different range and speed - A few new weapon effects - The post processing effectshave been brought back in. - The artillery is now weakened and despawns after death again - Units who get stuck are beeing respawned if the get stuck. Known issues! - We know that there is still problems with pathfinding and units getting stuck. - If you have steam enabled you can't play the game in multiplayer. You also should know that only the map Desert is meant to be played. Feel free to take a look at the others but they are not for playing. 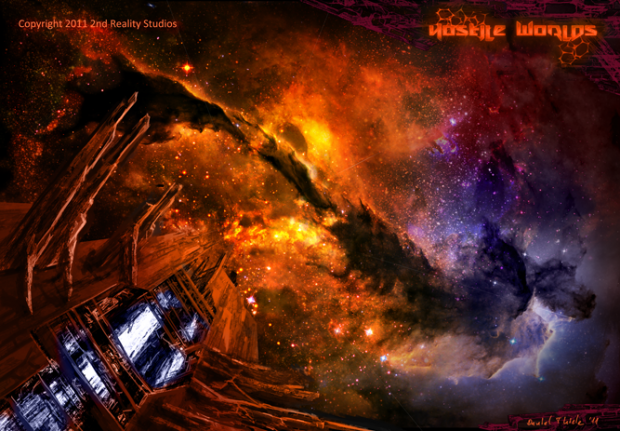