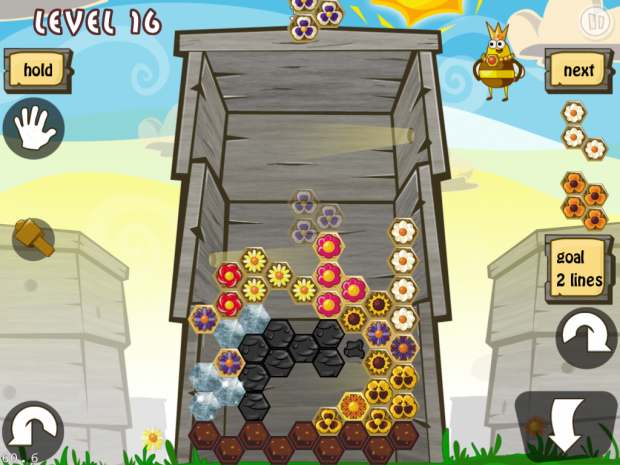 Honey Pot is a fun action puzzle game. Your job is to help the queen by arranging random shapes into organised rows. Once you complete a row, it is removed. It's a fun variant on the tile stacking game, as all the pieces are hexagonal! If you're a fan of "Tetris", then you'll love this game. To help you out, there are various fun tools that randomly appear to help you in your mission. Watch out though, as there's also a nasty wasp lurking about to spoil your day. The game is fully integrated with Apple's Game Center and also allows you to directly post messages to both Twitter and Facebook from within the game. The game supports English, Spanish, French, German, Russian, Chinese (Full Form and Simplified), Japanese, Thai, Malay, Indonesian and Arabic languages.