A survival horror, a third / first person aventure. You awake on a nightmare looking for your sister, in a sinister place. She asked you help after many years missing. Could be possible she is in Hollow Hills? First completed game done on Unreal Engine 4. With many experimental stuff, so are the arts (mostly from Marketplace, and some done by myself) Heavily inspired on Silent Hill and a little bit by P.T, especially the older versions. The objective of this game is to complet a game as similar as possible, and to learn from them. You can see how the game has evolved and play the old version 0.63 / Appartment Teaser, much closer to P.T, and now the new updated version 0.81, Now closer to the original Silent Hill 1. Exploration, puzzles, combat, secrets... The old version is also compatible with with Oculus Rift (at least, when DK2 and DK1 was available at that time. Just connect it, and run the game... and that's it! Please, enjoy the game! PD: Yeah we truly miss SH

I really wish all of you are doing it well! Here at Nightwolf Games we are working hard to deliver the next awesome update for the game.

Many thanks for the incredible feedback from the lastest beta. It helped us a lot to improved the game, the mechanics... everything!

Old members are back again on board, so things are smoother now. All the levels are receiving a more professional look, gameplay was totally reworked new enemies are in place, the story is becoming more ambitious... Hell we even added many things we thought we didn't have time for that, but yeah, all is there. What features you say? I not want to spoil all the upcoming surprises, but think about better looking and animated main character. Character will also interact with the scenario like climbing small objects, so levels have a little more vertically in gameplay. 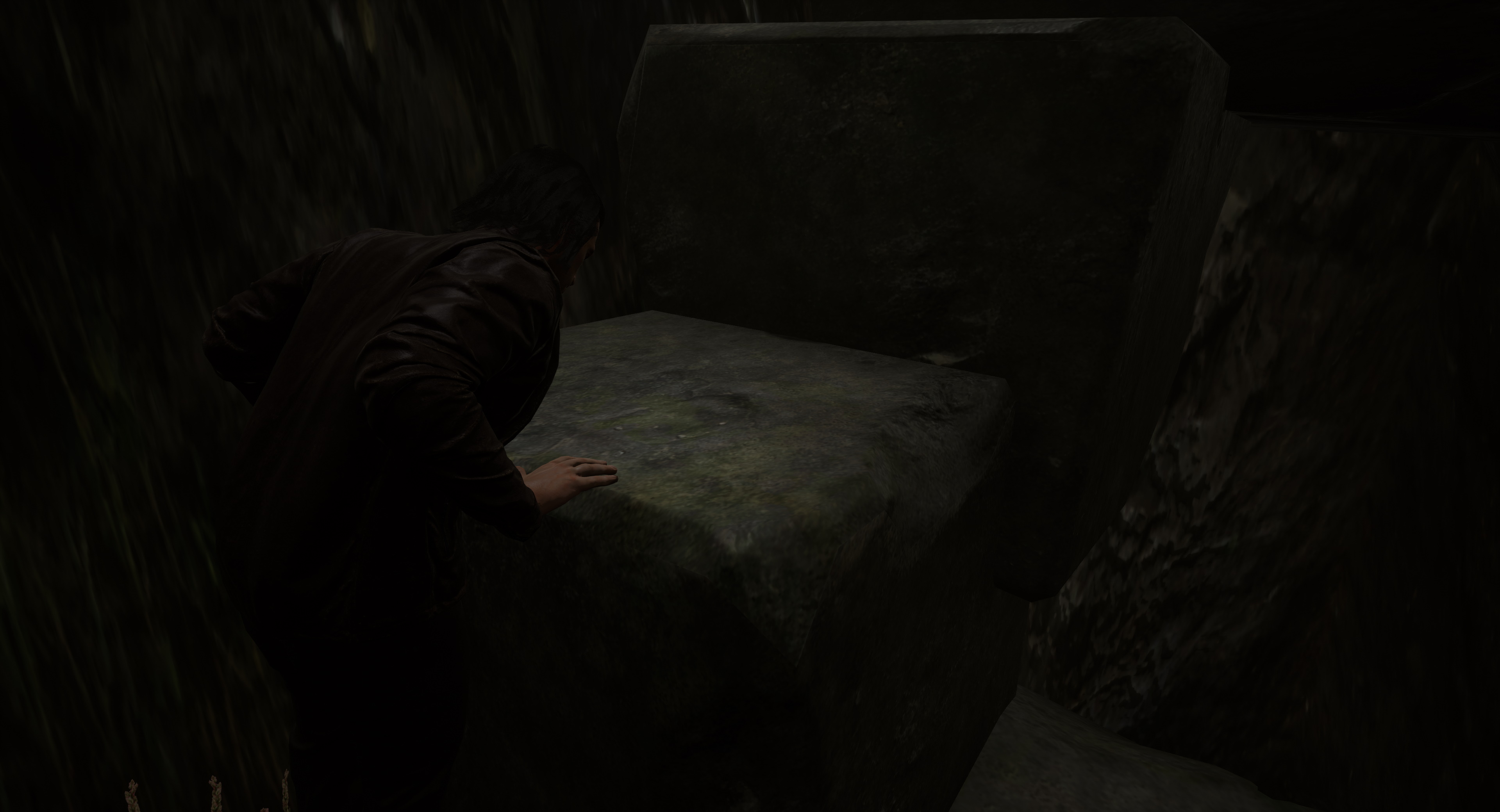 All the maps received a massive rework, expanding the gameplay like 4 times per level, adding more realistic and less linear approach. For example, the objetives can be done in different orders, and usually there is more than one path. And there is always optional things to do, so if you want to rush, hey, its up to you!

Another interesting feature is you can change your clothes in game, and that will affect slighty the performance of the main character. Clothes (or any equipment found) may add new actions to the character. 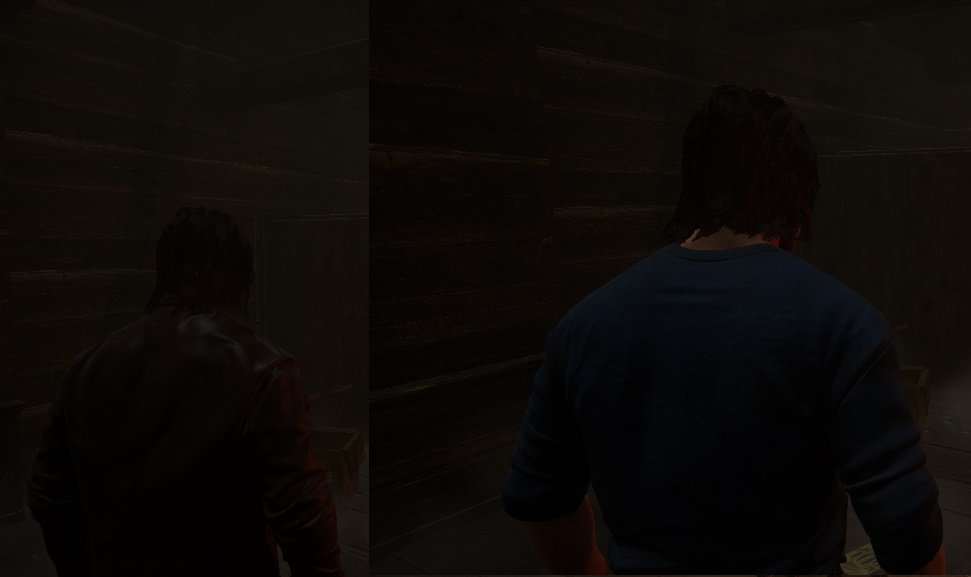 In order to stay healty (ie, to recover your health), you will need to eat and drink or find medicines. They are many of them with different effects. Eating an apple it might give you not much health back, but it will boost a little your stamina, so in combat your stamina will regains a little faster. Alcohol can be drink too, but with less favorable effects in the medium term, but quite good for a quick shot of adrenaline. They are many different types of food with different effects you can... enjoy! 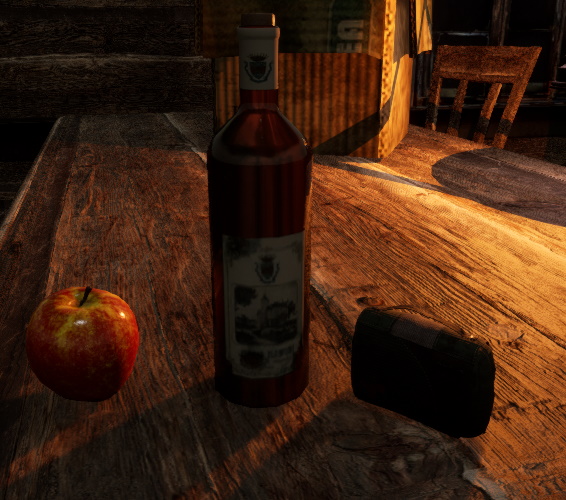 As for new places, and expanding the old ones, this is a showcase of a few new zones. The very first one is the old Gas Station map, now expanded with several new places. Now is the second level in the game, your last stop before arriving Hollow Hills... or maybe not. 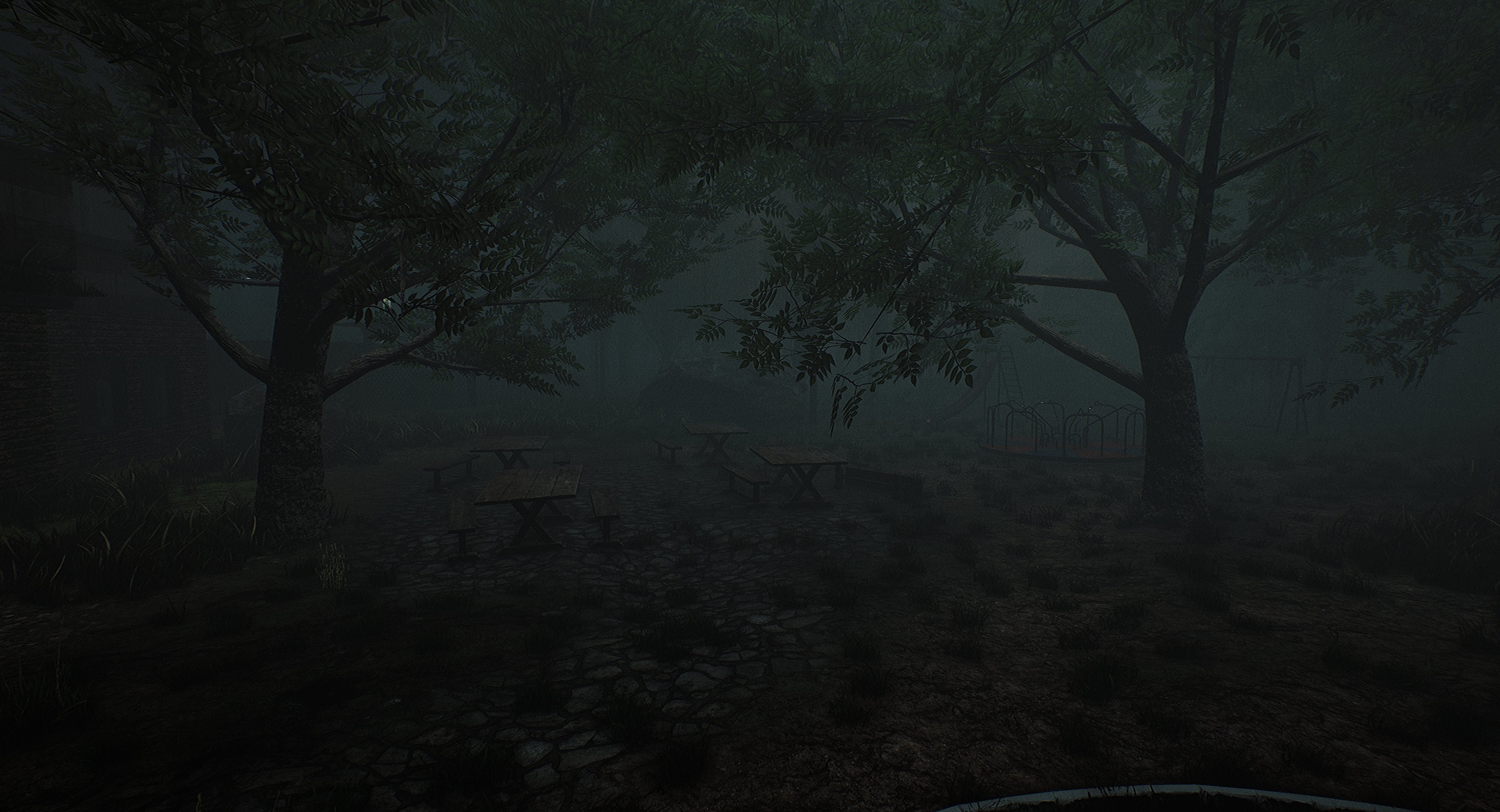 Probably you will need to take a diffent approach when you visit the lovely town... and that might not be the ideal one... but it will work... as long as you survive there that's it! Don't worry, you will. Testers did. 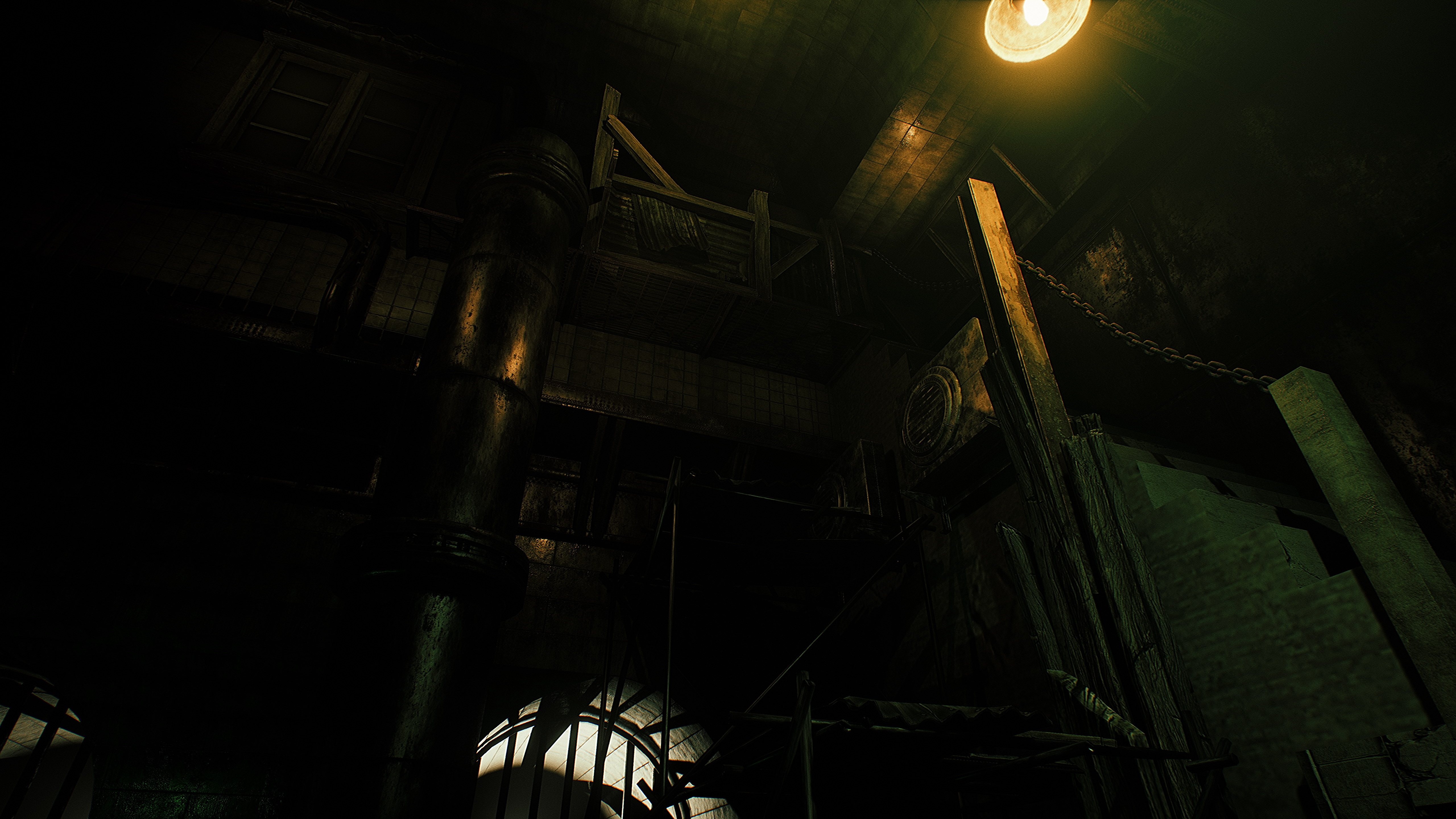 What kind of horror lurk there? 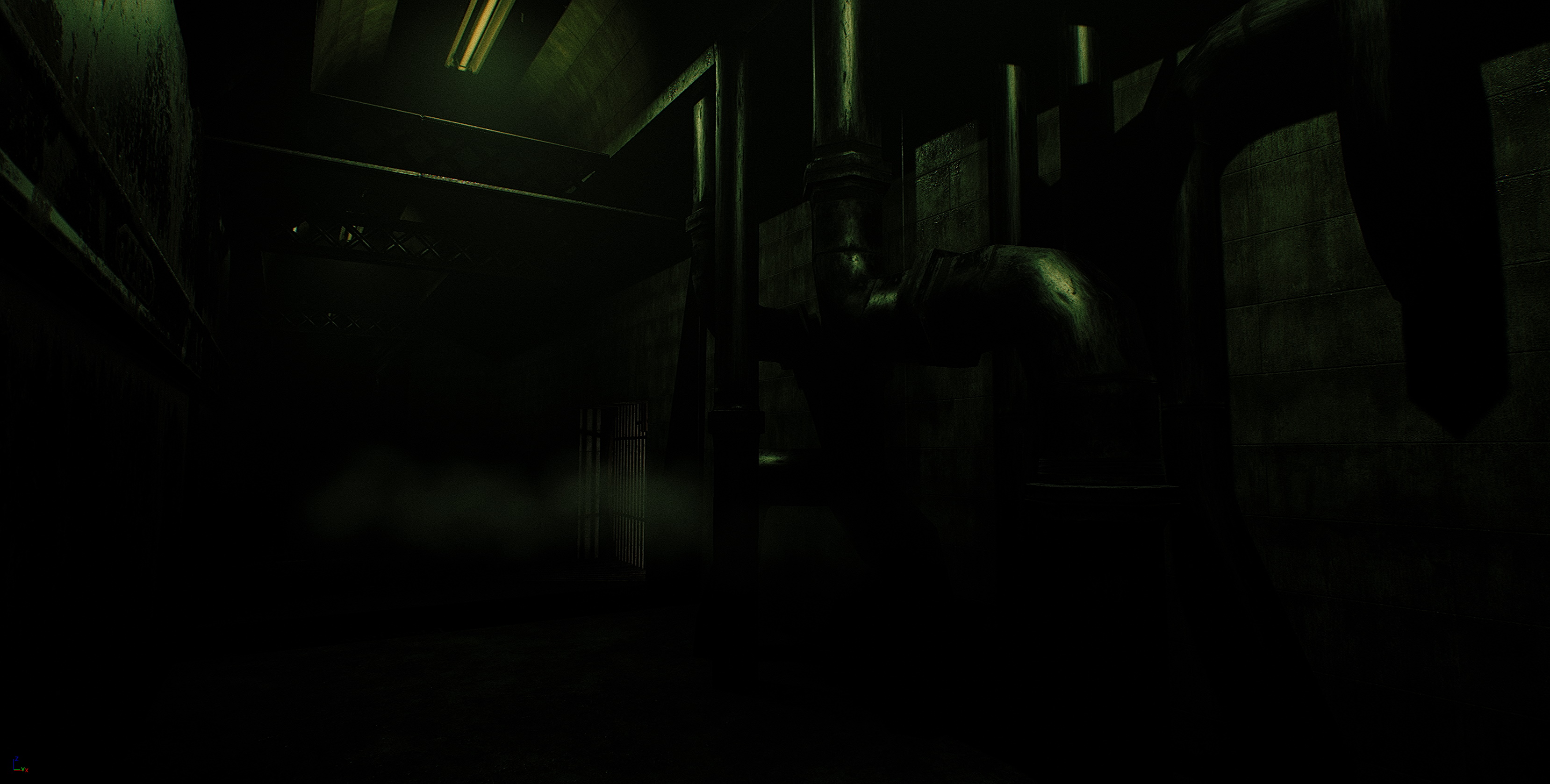 Be sure to find a source of light there!

Well, those are some of the new features. Of course, they are many more things, audio for example. Peter Wicher is doing an amazing work here. Delivering not only awesome music (that you can already hear it previous Hollow Hills alphas) but also he is producing a tremendous amount of sound effects.

`til the next time!

So here we go again, so after three years, Hollow Hills v0.81 has been released. Many things are new, still the game is alpha/beta but I hope you enjoy...

So, what happened during this year? We are rebuilding Hollow Hills! And a new different Teaser was released today!

What will be there on the next version? We will show you with a video and new captures for what's coming!

The new Hollow Hills release, it does contain a map featuring Interactive Started Pack: items, objects, events and much more. It also tells a chapter...

This was a great demo, can;t wait for the full game! Youtu.be

Many thanks! Lovely your gameplay, it help me to spot few things! Keep it going!

Hey, found this game from alphabetagamer, looking and playing pretty nice so far. Definitely could use some more ambience sounds (mostly in nightmare area) and for enemy movements, it's the main thing that's lacking from what you have so far. Otherwise it's coming along nicely. Wasn't expecting this part lol Streamable.com

Hey, many thanks for your kind words! Yeah, I truly agree more work needs to be done in the SFX deparment, and I will take note for the next releases!

Coming back 2 years later and seeing comments about this still being worked on is amazing. This was fantastic at the time

0.81 is ready to download! Enjoy it! And thanks for playing!

Yeah! We are still working on it but only when I have some free time! I am aiming a new version for the end of this year. Game now is even more closer to the classic survival horror, but we will see what the end of 2019 has to offer! :)

I hope it's not dead yet, was looking very promising to be honest.

You can get the new updated version!

Sure! I am working on it. Very slowly though!