[NOTE: This game contains mature themes and language.] Also known as the "Fat Arse of the Law", Hector is the flawed, misanthropic Detective Inspector with the Clappers Wreake Police Service. Violent, drunken, callous, vulgar, sarcastic, bloody minded - on a good day. His philosophy: everyone is guilty. Clappers Wreake - the town that took the "Great" out of Britain - is a festering, pus-ridden ulcer on the underbelly of society. It's where murder is just one shot in a toxic cocktail of crime and the answers are written in blood. Sometimes pee... but mostly blood. When a hostage crisis erupts in the centre of Clappers Wreake, Hector has to make a choice: carry out a terrorist's demands, or let innocent hostages die. Hector's still on the fence. 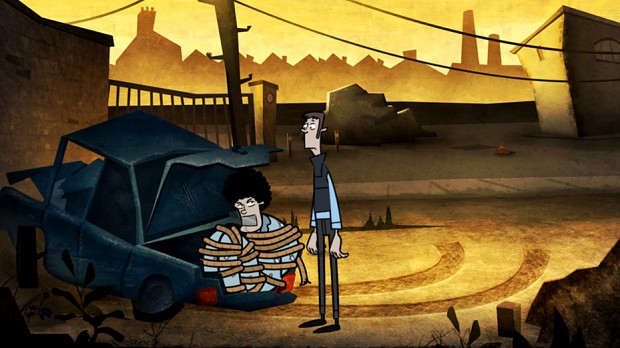