Hartacon Tactics released for XBOX 360 and available on the marketplace. 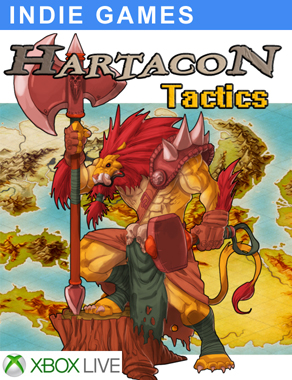 Dudes and dudettes! It's with great pride that I can announce after four years in the making Hartacon Tactics has been released for XBOX 360 and is now available on the marketplace!

Hire characters of unique classes, and wisely use their strengths, skills and weapons to defeat tough enemies as you travel through the continent of Kaus in the single-player campaign, or challenge other players in co-op local multiplayer battles.

Classes differentiate themselves in terms of a variety of battle stats: from strength to magic power and defense, movement capability such as walkable distance and jump height, as well as frequency of action. Moreover, fighters of a given class specialize in the use of one weapon and its related techniques. The knight is your all-round balanced warrior, the dwarf a martial artist with great defense, the lionman an unstoppable force of nature, and the list goes on with six carefully diversified unit types, each with their own strategic role in battle.

There are many different weapon types: swords, bows, axes, and all have their characteristic attack patterns and allow the execution of specific techniques. Hammers can be used to break your opponents armors while hand combat is good to move targets and open paths through your enemy's defense line.

All magic skills belong to some element and different elements include skills that are quite different among themselves expecially in terms of range and area of effect.
To give you some examples, Water skills are able to hit multiple targets in wide patterns, and they can target only positions lower than the caster; Earth skills always affect the positions around the caster; Lightning skills can only strike single targets and have no height limitation; Wind skills target multiple positions and have the highest range.
On top of that, different characters have higher or lower affinity with each element, making them more or less vulnerable and able to deal more or less damage.

You can develop your characters by learning new skills and balancing their battle stats to suit your strategy.

Build your own maps with the in-game map editor.

The game features six character classes, a single-player campaign counting over fifty maps, and a map editor for your creative desires. 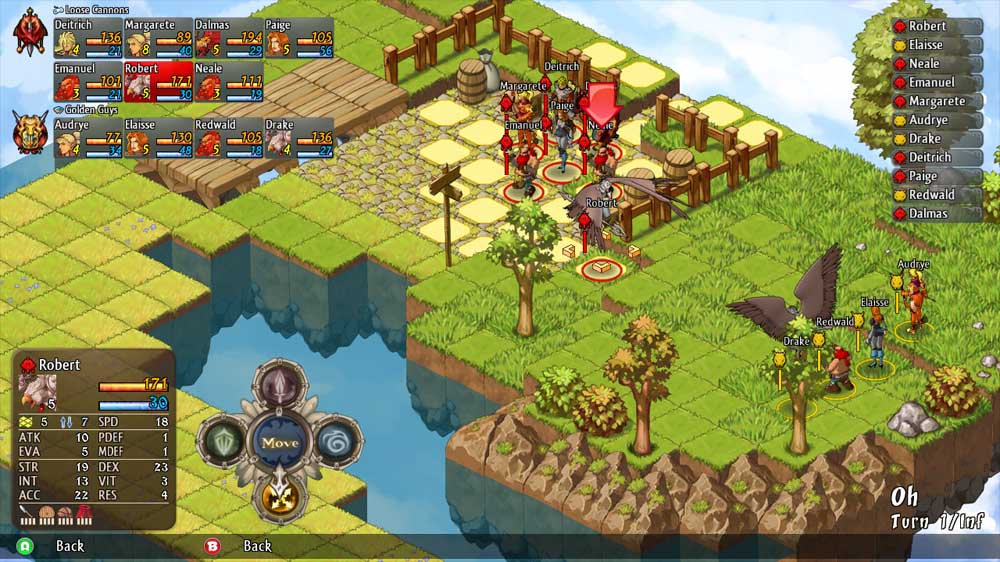 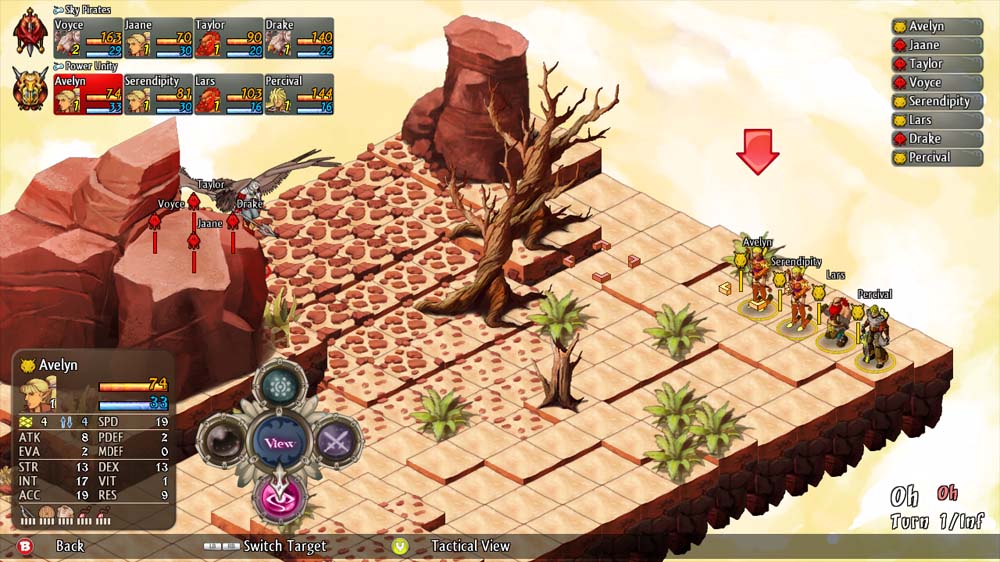 In the single-player campaign, you'll control a party on a quest to conquer all the dungeons in the continent of Kaus. 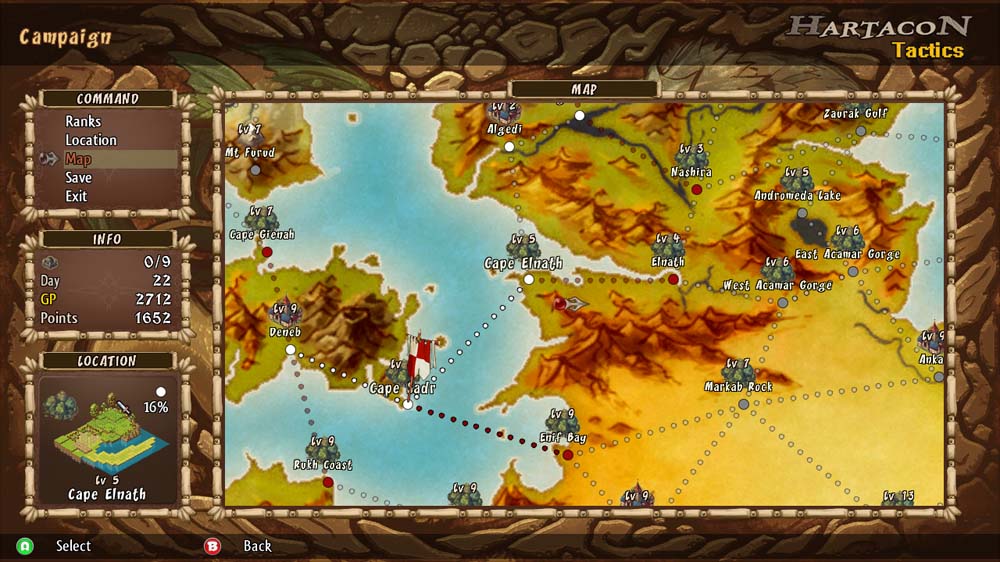 As you reach a city, you'll be able to access shops to enhance your equipment, and the academy to hire new warriors for your quest. 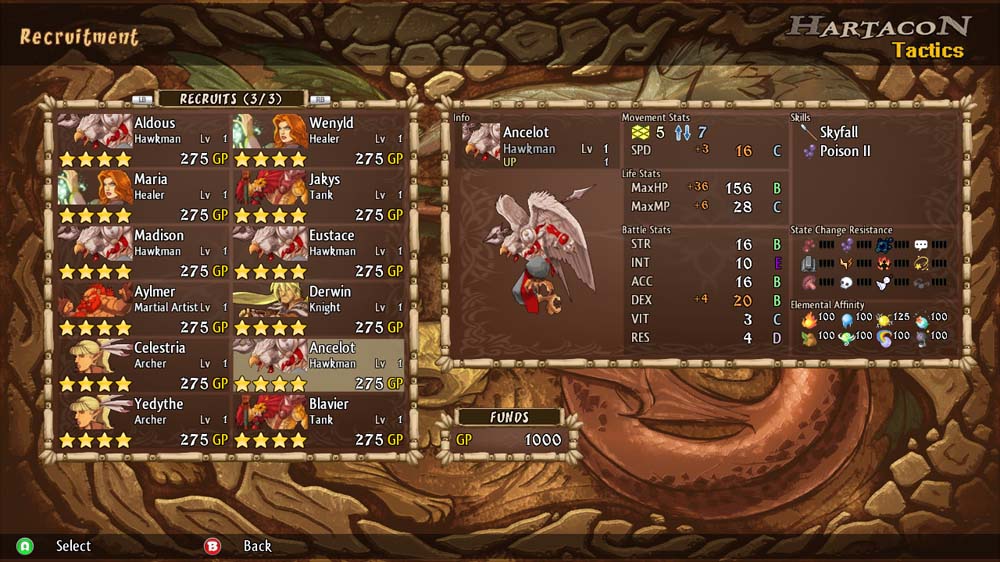 With three difficulty levels, the hardest featuring perma-deaths, procedurally generated recruits and plenty of character customization options, the game offers a good replay value and will keep you engaged for hours.