The goal of this game is to produce a remake of the classic game Hardwar that will be operating system independent. The aim is to stay as close to the original with a few minor changes while trying to keep the Hardwar world as dynamic and re-playable as possible.

Aug 9 2010 News 1 comment
A good productive couple of weeks in the forums meant that a lot of planning, artwork and other details got discussed. Everyone got into an interesting discussion about what the main story should involve on the forums.

nirokugraphic wrote:
To me the very core of this game is around 'greed', unlike the original where it was merely a tagline which didn't relate in any real way to the story . "Future is greedy, mission: ESCAPE!" . To me this would have more to do with joining one faction and outright annihilating the others, which might actually be a good way of taking it rather than the objective being to escape Titan.

Andrew replied:
If we're going with multiple endings then I think we should encourage different view points of the game as well.
For example the very core of greed could be the theme of the criminal arc where everyone is out to do you over. Where as other story arcs could be about a different side of the game altogether. I really think that the view you get of the different elements should change depending upon what role you play in the game.
A quick example. You play as a criminal you see the world as only greed. Everyone wants your stuff or is trying to kill you for the bounty. Every interaction with the police is viewed as corrupt. However, when you play the police role you see a completely different side, you go on missions with other police units that aren't corrupt but struggle to to keep justice in an underfunded and understaffed force that has to keep the peace of a huge violent area.

Infrahate on the forums began work on the music score for the game and has taken over creative control of music..

Infrahate wrote:
One thing I would like to point out listening to a lot of these tracks from the original; I had forgotten completely about the softer, less aggressive tracks and a a definite theme that comes to mind is 'driving' . Driving (or flying in this case) around the moon dealing with the day to day . I think this is an important vibe to maintain and so we don't have quite as much 'in your face' music, which would probably more suited for dynamic mission related stuff ?

Something else I liked too was that the music sounded like it was from the future, especially from my own experience of listening to it for the first time having never really been that introduced to Warp and electronic music . Trying to maintain that never before heard music from the future feel could be tough to achieve but I think would really benefit .

Since my last news update I've been working on porting the code base to MyGUI 3.3.X and placing the editor into a window. At first I didn't want to do...

This week I was able to track down a bug to do with saving the building's rotation. Along with some code refactoring I have moved on to changing the user...

I've been pretty naughty and have not posted anything new for the last few weeks on the blog. To be honest there is not much to tell. Work on the code...

Last week there was no developer update as I was sick with the flu. This week however I wanted to do something different so I have been working on the...

come back to us hardwar

So it's like Outcast -- it wasn't following the norm, so it tanked?

i hope this goes well ... i really like HardWar original
(was surprised by all of sudden late patch some years ago :)

I like the design
Maybe a video soon...
Good luck

Just start working on what you feel like doing. There is no need to check if anyone is already working on something, just go right ahead and post what you have.

Lots of things need doing, but if you feel like you can't directly contribute then just discussing the game in our forums is enough.

Our forums are here: Forum.hardwar.org

Hardwar is an old game which came out in 1998. If you search wikipedia for "Hardwar" you can find an entry about the game there.

Problem is the game company that made it went bankrupt. I've been talking to the CEO and programmer of the old company to get the source code however because of legal problems it's impossible to release it. Instead we're remaking the game, which is what this project is all about. 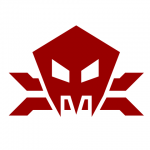