The Tower grant you few seconds to act freely during your turn, make sure to use them wisely by learning and master your weapons combo and special attacks.

If your group wants to succeed in the Tower, it must plan and act in perfect armony, like they are sharing the same mind.

The Tower will reward you after each fights, keep the money and materials for the guild.

But make sure to ask for privileges that will help you during your next challenges, as climbing the Tower is no easy task.

Once you are back from you lastest trip in the Tower, make sure to ask the Guild to craft you some new equipment.

You will need all the help you can get if you hope to Ascend to the top.

Once you find the Guardians of the Tower floors, don't be afraid by their massive size, and used what you learn to overcome the challenge!

Good luck on your Ascension.

Guild of Ascension is a very fun, adventurous, and colorful video game that has been developed by the Canadian studio: WhileOne Productions. Based in Montreal this studio opened its doors in January 2019 and was founded by Marius Ibanez; a veteran of the AAA industry, having worked for studios such as Ubisoft. GoA is the first video game released and published by PID Games on September 21, 2021. 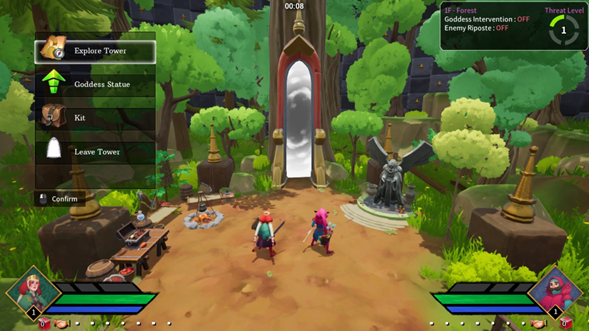 Guild of Ascension is a blend of genres such as roguelite, turn-based, and real-time action, making for a gameplay system that is quite entertaining. To be honest, it is the type of game with a low profile. Not promising the earth but delivering some surprising gameplay, in a way that hooked me from the beginning. An experience which saw me dedicate many fun-filled hours to it. As eloquently explained by the studio founder and Marius’ and their own words describe:

“Guild of Ascension started as a passion project when I got the idea to bring real-time action and turn-based strategy together. I quickly saw the potential to play around fresh and old gameplay mechanics, which motivated me to quit my job and start this new adventure. So far, so good!

Mixing two opposite genres together was a long process but in the end, I feel that finding a good balance brings a new perspective and interesting challenges that you cannot easily find in another game – at least not one that I know of” Marius Ibanez. 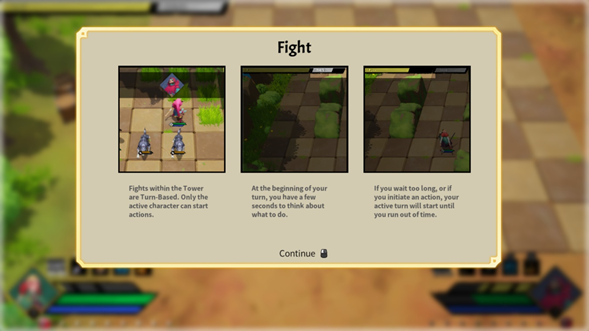