Get Gridworld on Steam:

Get Gridworld on Itch.io:

Gridworld is an artificial life / evolution simulator in which abstract virtual creatures compete for food and struggle for survival. Conditions in this two-dimensional ecosystem are right for evolution to occur through natural selection.
Creatures live short and replicate fast. Evolution can therefore be observed in hours or days instead of thousands of years.

how does it work?

Creatures in Gridworld are a simple and abstract versions of biological life. They can be recognized as colored blocks moving around the grid. Just like in nature,
creatures have DNA, a digital code that describes the morphology of the creatures. in Gridworld, the dna describes the morphology of the neural network (brain) of the creature. In turn, the brain decides how the creature behaves during its life.
When a piece of dna is copied when creatures reproduce, there is a small chance of mutation in the dna. This leads to diversity in the dna pool. Natural selection causes those creatures with the best adapted genes to have more offspring. This causes the best adapted genes to increase in numbers while the weaker genes are decreasing in numbers and are eventually rooted out.
Through this process of natural selection, creatures become increasingly well adapted to their environment within each generation. And thus, evolution occurs.

How to use it?

The cool thing about evolution is that it is an autonomous process that requires no guiding hand.
You can simply start a simulation and take your hands of completely. When you come back to check after a day or two, you will find a thriving eco system of virtual creatures. You can do more than just simply observing though. Gridworld's simulations are highly customizable. The user interface allows you to tweak any simulation parameter or change the environment as you like.
This way you can set up your own experiments and watch as your creatures adapt to the world and conditions that you provide for them.

what is the goal?

Gridworld is not a game but an evolution simulator.
There is no real goal in Gridworld other than playing, learning, observing and experimenting.
The role of the user is mainly passively observing the process of evolution as it unfolds in the simulation.

To promote Gridworld and grow its popularity (top games), use the embed code provided on your homepage, blog, forums and elsewhere you desire. Or try our widget.

This is incredibly cool. I really want to see a download here!

Perdu is a game of infinite mystery. Created after being inspired by the wasting of time that is desert bus.

Shoot, stab, burn, poison, tear, vaporise, or crush ragdolls. This game is for people who enjoy throwing around ragdolls but want it to be more detailed...

Hazy Days is a Breathing Simulator set in China. The game follows Xiao Feng, a young girl who is about to visit her Grandmother for Chinese New Year...

The Gravity Box is a physics-based sandbox about gravity. But without planets. In this game, you play around with small objects that attract each other... 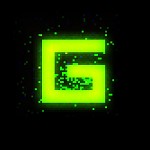