A simple yet addictive infinity style game. Touch the screen to flip the direction of gravity and move your square as you attempt to dodge the walls ahead of you.Gravi...

So the latest update to Gravity Squared will happen soon, the new version will feature Facebook bragging, friend invites and 8 new levels with jump pads and horizontal gravity. One problem though, A privacy policy and terms of use document for Facebook is needed to activate Gravity Squared. This may take some time but when it's done it will vastly improve the game. If you would like to download the current version of Gravity Squared, you can download it here: Play.google.com 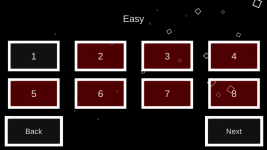 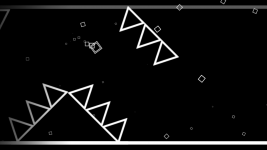 Gravity Squared has been up on the Google Play Store for 2 weeks thus far and there have been no real marketing attempts. The reviews have been great thus far and the support is immensely appreciated. This update however will allow users to publish their highscore to Facebook and to invite friends to play. There were plans to include a leaderboard but that would take significantly longer (up to 2 weeks). In the near future this feature will definitely be added. The current issue is that a privacy policy needs to be written up and a terms of service document. This may take a day or two to write up which isn't a major set back, however. 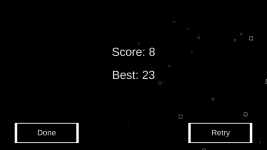 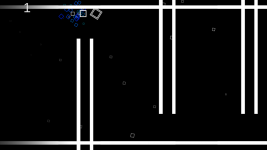 Admittedly this is a pretty boring update but it will definitely increase the range of Gravity Squared's market. However, the 8 new bonus levels will feature bounce pads which add a whole new level of complexity and the introduction of horizontal gravity which freshens up the game dynamics.

That's all, currently, that will be added to Gravity Squared but watch this space for updates and news...