Graal Seeker is a 2D game that blends RPG with roguelike mechanics and real-time tactical battles. It recreates the initiatory journey of a knight seeking the Holy Grail in fifth century Britain. Seek the Graal in a medieval Britain. Find your Graal based on the choices you make. Build a team and choose how to evolve your character.

Give us some feedback or advice about the map generation.

I've posted 3 screenshots today for #screenshotSaturday on the map generation. It was my 11th participation (well, not sure of that but doesn't mind).

Graal Seeker has a kind of exploration phase where the player moves his hero from place to place. We have for now approximately 15 places (castle, bridge, forest, menhir, hawker, watchtower, lake...) but we hope to add so much more. In each place a random event occurs according to the current place, and the player can be prompted to make a choice or make an answer in a dialog sequence. For example, you have more chance to meet a Druid nearly a Menhir or more chance to get a fight event if you go in a military camp. 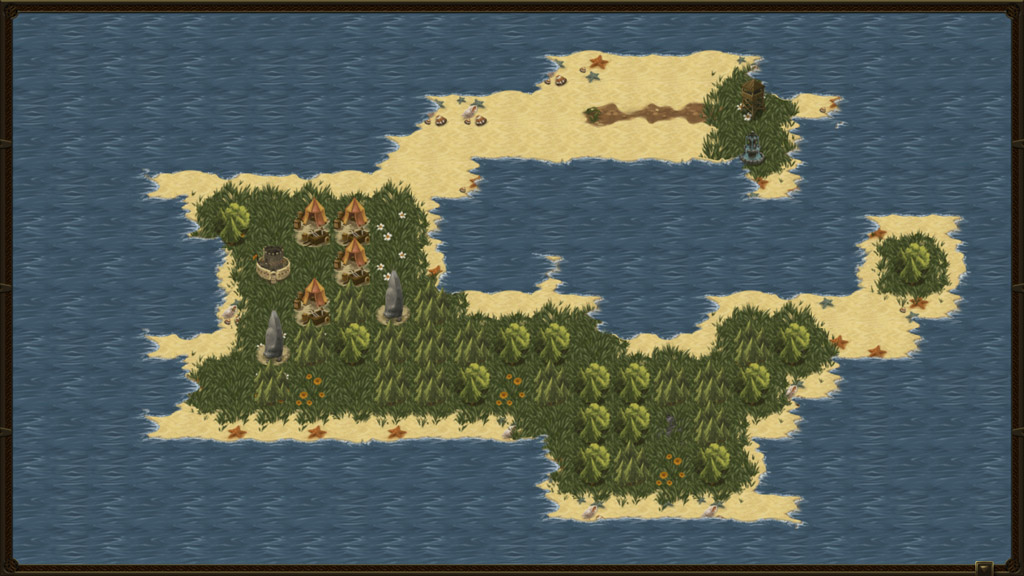 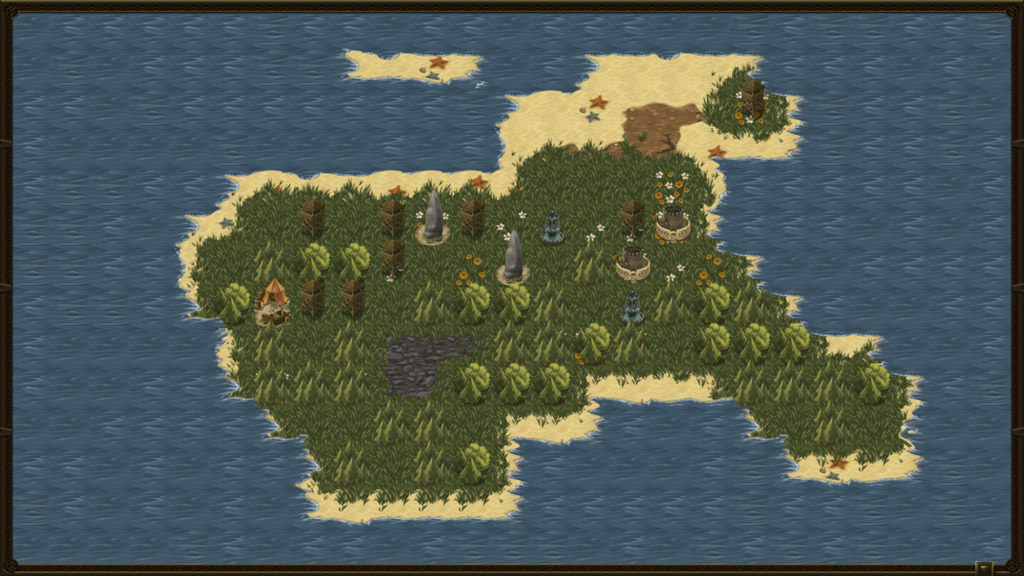 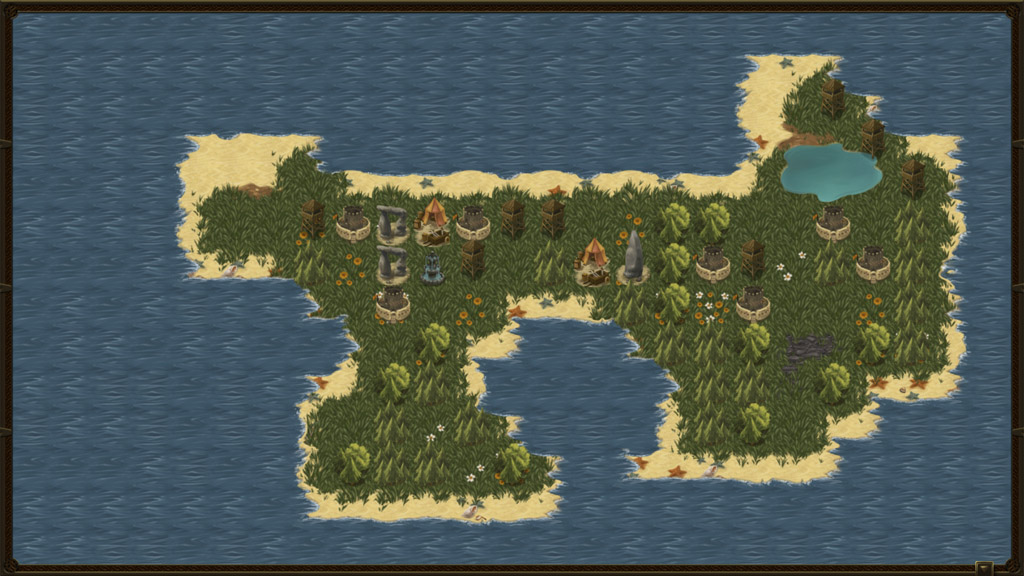 So, as you can see the distribution of the different places is not good enough yet. In fact, it's totally random for now. I have to limit the places in particular region to avoid having so many same places next to each other.

I'll be glad to have some feedbacks. How can I improve the map generation ?
Thanks for reading :)

Thanks for this nice tutorial. I'm guessing you have the feeling the tiles are too much repetitive. The artist already made some improvement on the tile. You can see a timeline of the improvement on TigSource devlog (http://forums.tigsource.com/index.php?topic=37869.msg1014009#msg1014009). But sadly, there is too much randomness in the generation of the map, and we can still see a repetitive aspect especially on the ocean tiles.
There is an other thing I want to improve. The distribution of the towers, castles, camp and menhirs. All theses places are too close to each other.

For features like towers, castles etc you may want to look at Poisson Disk Sampling. Its like random but with a minimum closeness constraint - which preceptually seems more random and helps with clumping.

A good resource is: Devmag.org.za

The perlin noise + poisson shown on that map may also help with the terrain.

Great! Poisson disk sampling seems to be the perfect choice! Thank you very much.

I think the contrast inside the grass tile is to high which makes it hard to distinguish foreground objects from the background. (That is the point that if you look trough narrow eyes, you can't see the difference anymore)

I see what you mean. There is one of the two trees sharing a very close color with the grass. Maybe I can just change the color of the trees? Thanks.

RogueLike Other with 93 members