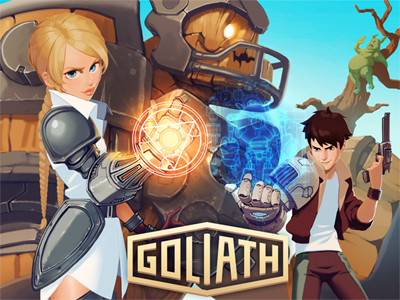 OUR KICKSTARTER IS NOW LIVE

We want to make GOLIATH bigger, better, with more depth and content in it! Please, support us!

GOLIATH is story-driven action-adventure video game for PC, Mac and Linux with role-playing elements and, most importantly, the ability to craft giant robots! Available EARLY 2016.

What it plays like? Like Don't Starve without starving, but with punching monsters in the face while navigating huge robots you've crafted and customized yourself. With some Borderlands vibes!

And one of our faviurite parts - you can play GOLIATH with your friends in CO-OP MODE! Yay!!

GOLIATH drops you into a procedurally generated world where massive monsters roam. BUT you can build giants of your own! Scavenge for resources and materials to create giant robots called Goliaths. Starting with simple wooden versions, you’ll learn to create dozens of Goliaths from a variety of materials: wood, stone, metal, crystal and more. The Goliaths can be customized and outfitted with weapons to for various situations and your battle preferences. But giant robots won’t solve every problem. You will also need to craft items and tools for basic survival, build shelters and fortresses, and choose which factions to support in the war that’s sweeping across the land. 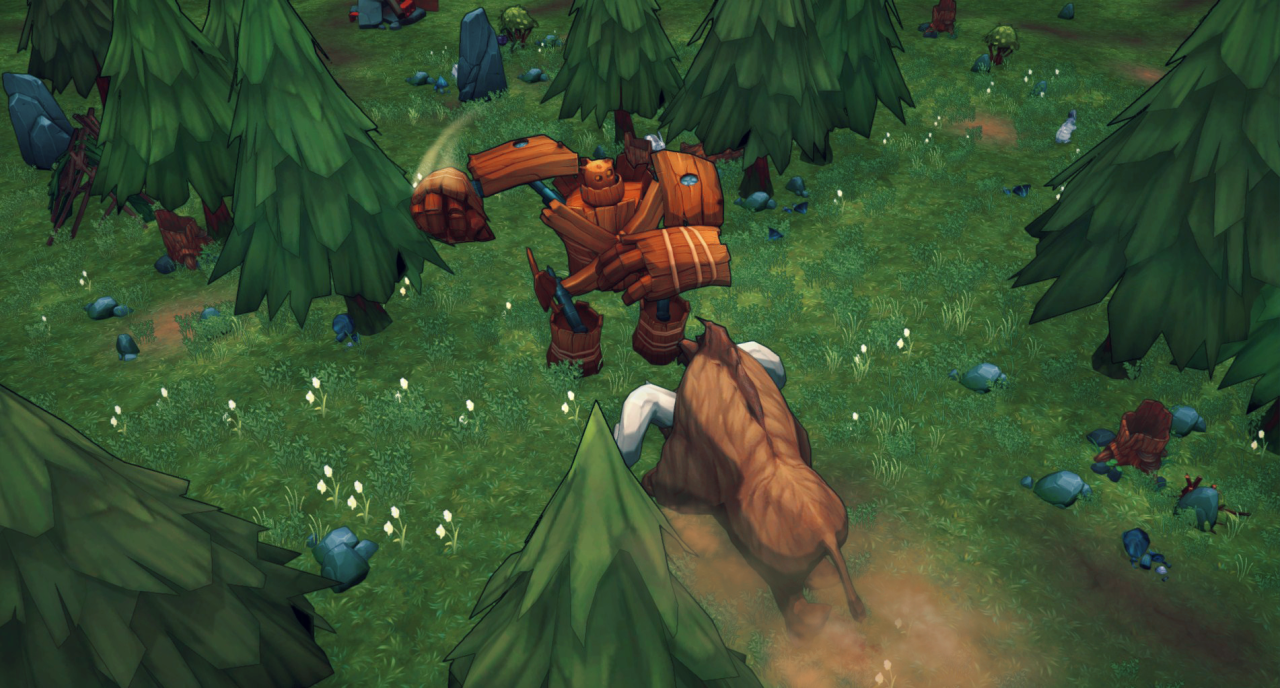 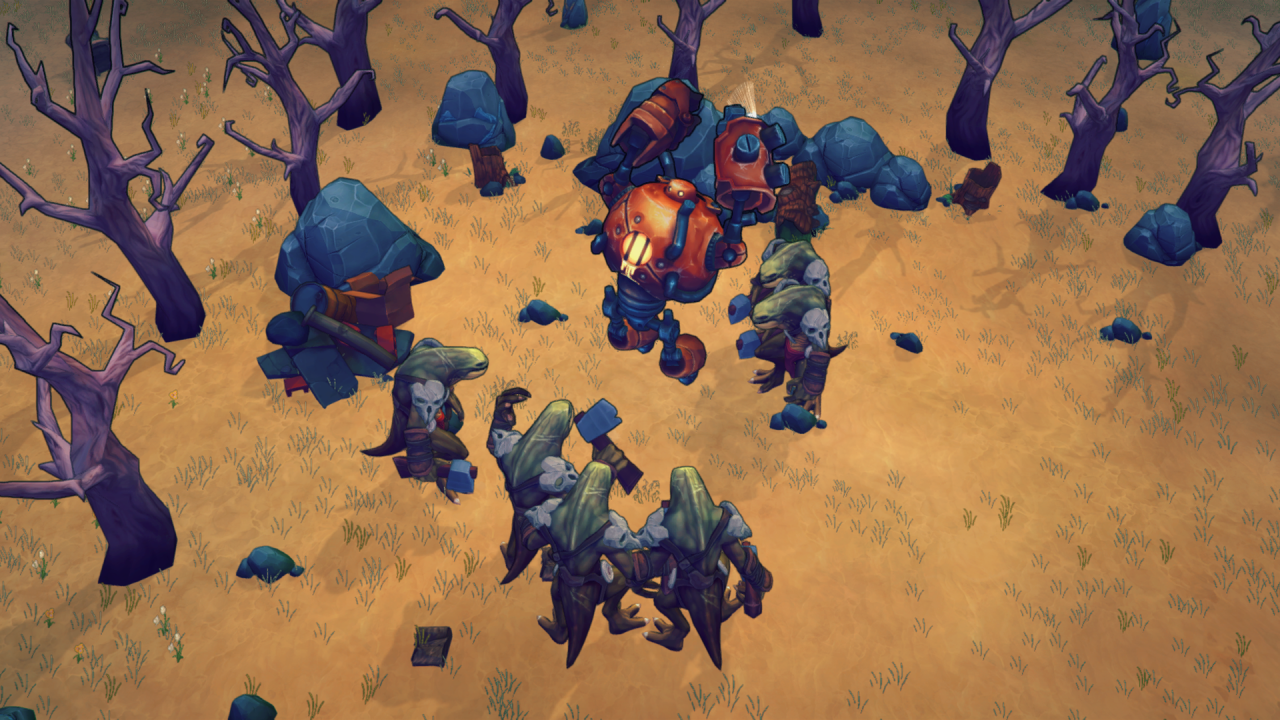 Build A ‘Bot Factory: Learn how to create dozens of robotic Goliath suits from a variety of materials, including wood, stone, metal and more. Each Goliath can be customized and equipped with a variety of weapons – after players have learned how to craft them, of course.

Survive A Savage Land: Gather materials to build the tools needed to survive, including healing salves, protective fortresses and more. As players explore the world, they’ll learn more complex recipes for better tools and weapons.Even in a Goliath, you are far from the biggest and baddest around!

A Living World: Explore rolling prairies, dense forests, eerie swamps, frozen tundras and more, all with a complete day/night cycle and dynamic weather. Weather and terrain will affect how each of the robots performs, so players will need to make sure they have the right machine for the job!

Choose A Side: Several factions vie for control of resources and territory in the world of Goliath. These factions include humans, the sentient robotic beings The Created, the demon-like Daemonari, and the elusive Forest Brotherhood. Each faction can offer different strategic advantages in unique weapon and robot plans, and players must carefully choose with which factions to align themselves. Players can attempt to broker peace or rally their faction to accelerate the war!

Co-Op and Competitive Multiplayer: Players can play through Goliath’s campaign with a friend in cooperative gameplay or go head-to-head in arena combat! 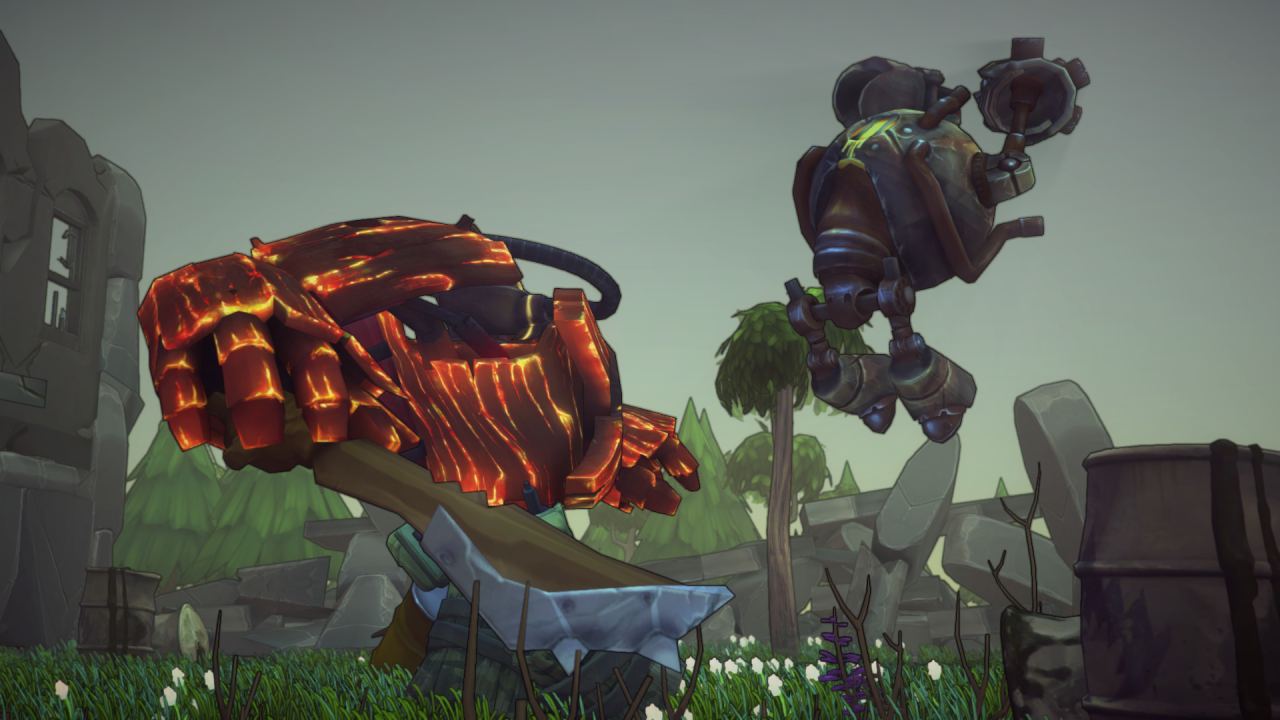 We are small team in Siberia. Making GOLIATH is a big deal for us, because videogames are not our hobbies, videogames are literally our whole lives. So, here we are, making our first big one and being crazy about it (not joking).

Of course, we have bunch of social accounts to spam you with our news, updates and daily fun moments of being a developer. Let's get to know each other better!

To promote Goliath - We Create Giants and grow its popularity (top games), use the embed code provided on your homepage, blog, forums and elsewhere you desire. Or try our widget.

WOOW looks great!! i am a big borderlands fan, this story and features are looking very good will be tracking this!!

Featuring the entire cast from the Five Nights at Freddy's series, this fantasy RPG will let players control their favorite animatronics in a an epic...

Become the greatest shaman to ever lob a fireball. Retrace the steps of your Akazi ancestors to prevent your island home of Tanzia from being overrun...

A love letter to all time favorite JRPGs with a fresh take on classic turn-based combat and tactics. Coming to a PC near you on Steam, GOG, GameJolt...

Himeko Sutori is a tactical JRPG for Windows and Mac that puts the player in control of an army of over 100 unique named units that you can customize...