A long ago, mortals waged war against the gods and managed to defeat them. Now, you’re the only celestial being alive and you have to bring mortals to extinction in order to survive.

When the battle starts, the player chooses a place for their shrine. Heroes will do their best to bring it down and if they succeed, the player loses. Stop the attacking heroes before they get to your shrine to proceed to the next continent and reach your ultimate goal of destroying the heroes on all nine continents.

We've planned more features but our possibility to implement them totally depends on the success of our Kickstarter campaign. Here you can see the most exciting examples:

To finish the development, we started a Kickstarter campaign and we need your help to make it successful. To back the project, leave us a like ("Remind me" under "Back this project" on the campaign page) or just take a look please visit our Kickstarter page here. Thank you!

Hello! We’ve just added a few model close-ups, concept arts and a soundtrack sample to our Kickstarter campaign page. It gives you a better idea what to expect from our music and the game-related comic about the dawn of war between gods and mortals. For more info please check out our campaign page here.

Have an awesome Saturday :) 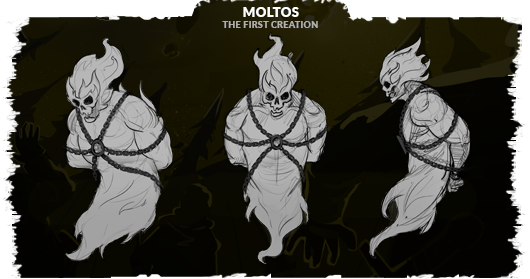