Falchion Games Presents: Go To Hell Dave United Kingdom Company Overview 'Falchion Games' are a small indie development studio based in Staffordshire, England. Specializing in graphical adventure games. Description Dave was just a normal guy with a typical life until he smashed his car into a lamp-post, with his girlfriend Sharon in the passenger seat. Waking up at the gates of Hell, Dave discovers that his girlfriend has gone, Satan is missing and Hell has become a dilapidated mess. 'Go to Hell Dave' is a hilarious adventure in which you will take Dave on a tour of Hell's nine floors, none of which you'll never read about in the Bible or the Divine Comedy. www.gotohelldave.co.uk www.facebook.com/GoToHellDave 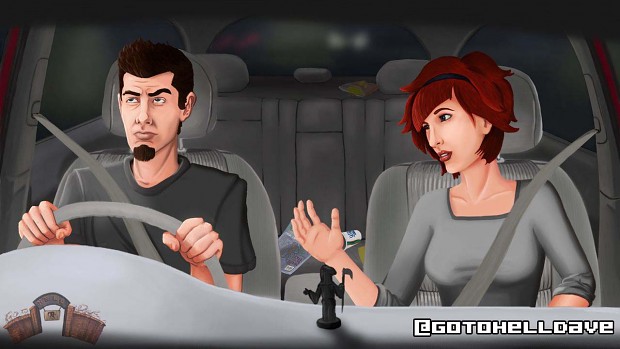