Giant Cop is a ‘70s cop-themed throwback, god-game/city simulation mash-up developed for Virtual Reality systems. In Giant Cop you are… just as the title suggests, a 200 foot tall police officer tasked with cleaning up the city. Find and arrest the criminals - or create mayhem and destruction. It is your world to protect... or oppress.

Other Ocean Interactive, developer of the experimental crowd-sourced game #IDARB, has revealed a new trailer and gameplay demo for its VR god game, Giant Cop. This most literally-titled game puts you in the huge shoes of a massive policeman, towering above the citizens he is assigned to protect.

As the game utilises the HTC Vive, you do this - in a way reminiscent of Lionhead's Black & White - by using your giant hands to pick up tiny, law-breaking citizens and then throwing them into the police station to arrest them. Your size doesn't stop you from upholding the law, however, as you can cause wanton mayhem and destruction by picking up almost everything else, too.

Giant Cop doesn't have a more specific release date other than later this year, but Other Ocean will be taking the game to London's EGX Rezzed on April 7. 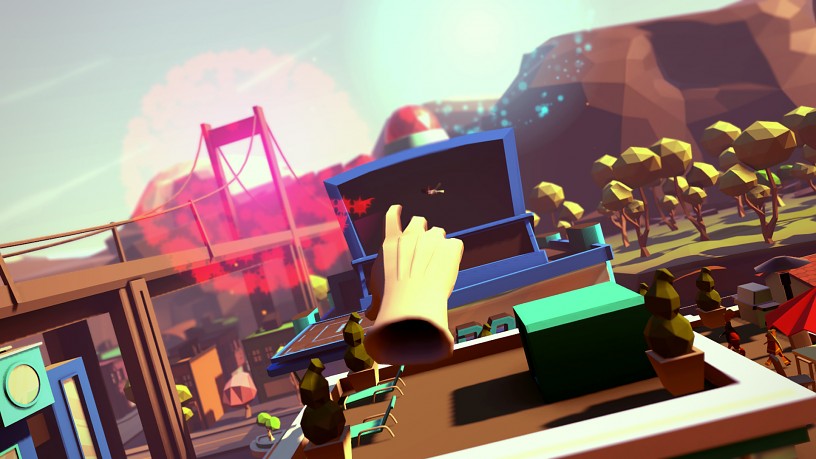