Geneshift is celebrating its 10 year anniversary with GTA2 style civilians! There are also new vehicle friendly maps, a Battle Royale squad mode, and a new free to play demo on Steam.

Geneshift now has civilians! They walk around the map on premade paths, cross the street at pedestrian crossings, chill out in the park or loiter near their favourite uhmmmm.. establishments. 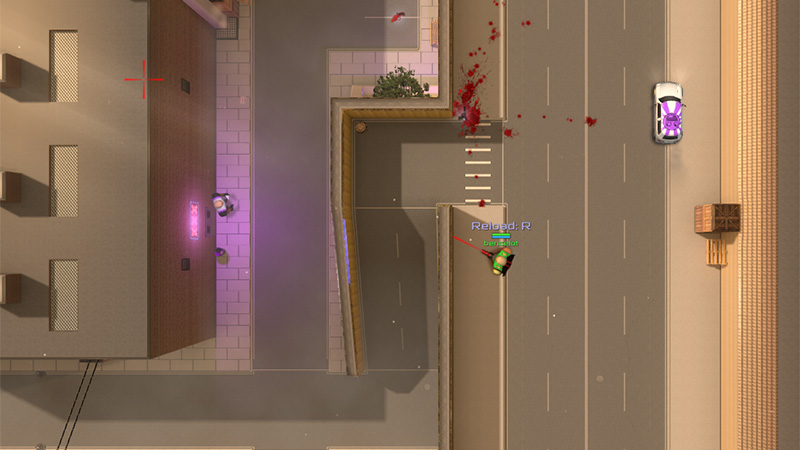 Some of them drive cars and blast groovy beats out of the radio. If you fire a gun next to them they'll scream and run away. They really bring the map to life and make the game far more immersive. But best of all, they introduce a fun new mini-game that can be played alongside the main game...

Inspired by the wanted level system in GTA games, you now have a "civilian aggression rating". This ranges from 0 to 4 stars and increases the more civilians you kill. By default civilians will ignore you, which is important as I don't want them distracting from the main gameplay. However if you choose to go on a murderous killing spree, then your rating will start to increase.

As your rating increases, civilians will drop better and better loot, but they'll also become more aggressive towards you. At level 0 they ignore you. At level 1 they will attack with their fists. At level 2 they will fire back with pistols, while level 3 makes them use autos. Finally if you manage to reach level 4 (it's not easy to do) then they will go into an all out riot where every civilian in the map will swarm to your location to destroy you as soon as possible.

This acts as a sort of mini-game where you can try and see how long you can survive against the mob. But what's really cool is that this is an actually viable strategy in-game. If you reach this max wanted level you will earn some seriously good loot, like the new +20% DMG purple super weapons. Also, civilians award a bit of cash when you kill them, so they give you something to farm up while running around the maps.

Demo users (who use the demo linked on the right of the store page) now have far more options in-game. They can now actually unlock items! This is pretty huge, as they can now play Geneshift competitively 100% for free. Of course XP is still earned slower without the full game, but all items in the game can now be used given enough time. Furthermore, when you upgrade to the DLC you will now instantly double your XP, allowing you to get a bunch of cool new items.

Finally for the first time in 10 years Geneshift has wide maps that are actually big enough to drive vehicles in. Before now the maps were either too small or too cramped, but as requested, I have taken the time to finally expand them. And it feels great! You can now hop into a car and just cruise all over the place. New roads have been bulldozed through buildings and annoying boxes have been removed to make for a super smooth driving experience.

Battle Royale now has a new default game mode - squads! Squads support up to 5 players, allowing for some sweet 5v5v5v5 games. Even better, these squads dynamically change size based on the number of players in the server, which lets players play co-op vs the bots.

I think this will do wonders for our community and give a much better first impression to new players. Instead of joining a FFA game and getting destroyed by a veteran, they will now be placed on the same team, working together and introducing some great team play. The menu also has a new "quick play" button which will automatically place you into the best online server too, factoring in ping, players and game type. 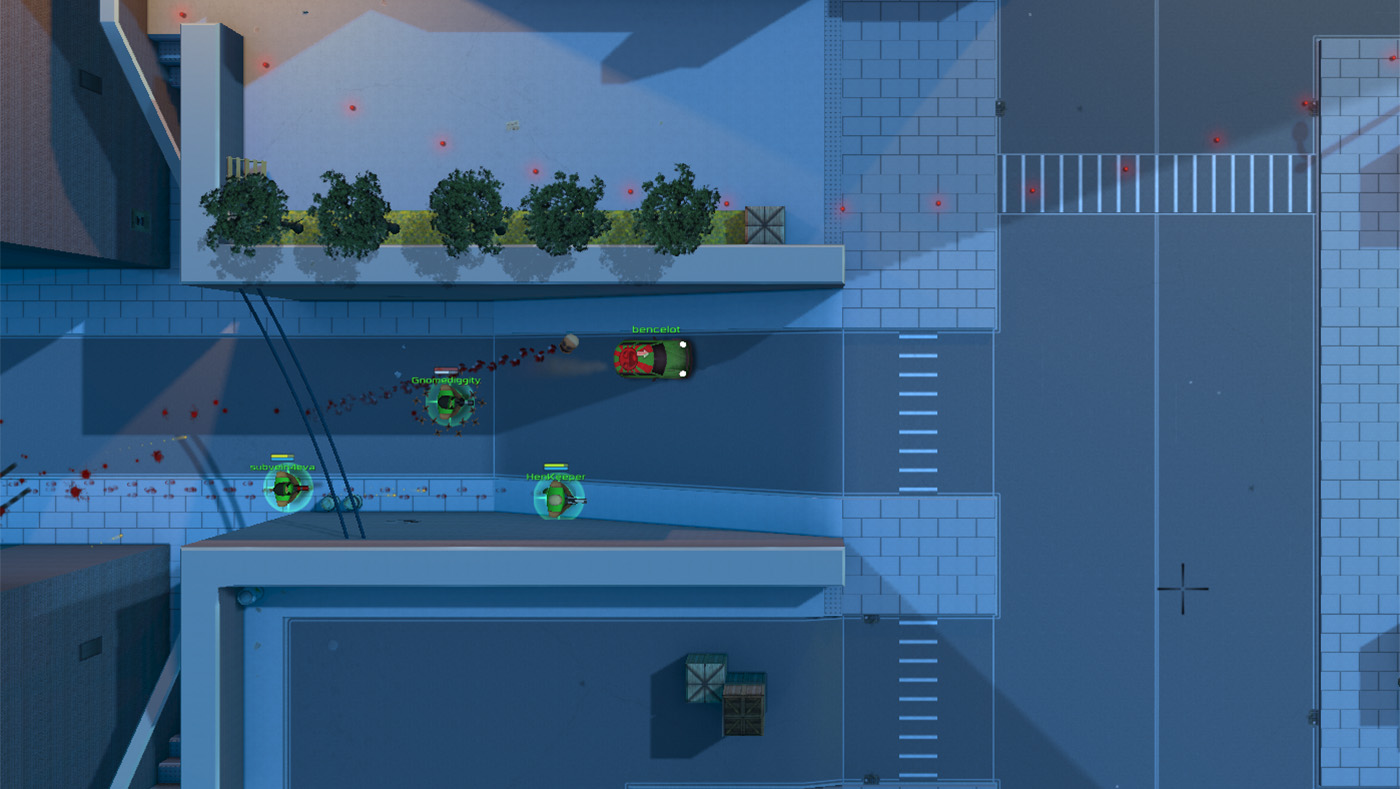 Iteration iteration iteration. This version improves in the Battle Royale formula in a few key ways. First of all, the circle now shrinks in a more interesting way, alternating between open looting then sudden shrinking. Loot will also now drop into specific buy zone areas throughout the round as well, which encourages players to fight over key areas to gain a financial edge. The zombie's now have an updated ranged attack as well, making for interesting combat between zombies without overwhelming the remaining players.

There is a new, extremely tough, "Ultimate" difficulty setting for those wanting a challenge. This is especially fun to play with friends using the new Battle Royale squads mode. Bot difficulty itself has been tweaked, to make the bots generally more difficult, and especially smarter at winning rounds. You are no longer guaranteed to win every single round on Standard difficulty, and a lot of the previous exploits against bots no longer work. For example, bots are now smart enough to shift out of the way if you try run them over with a car. 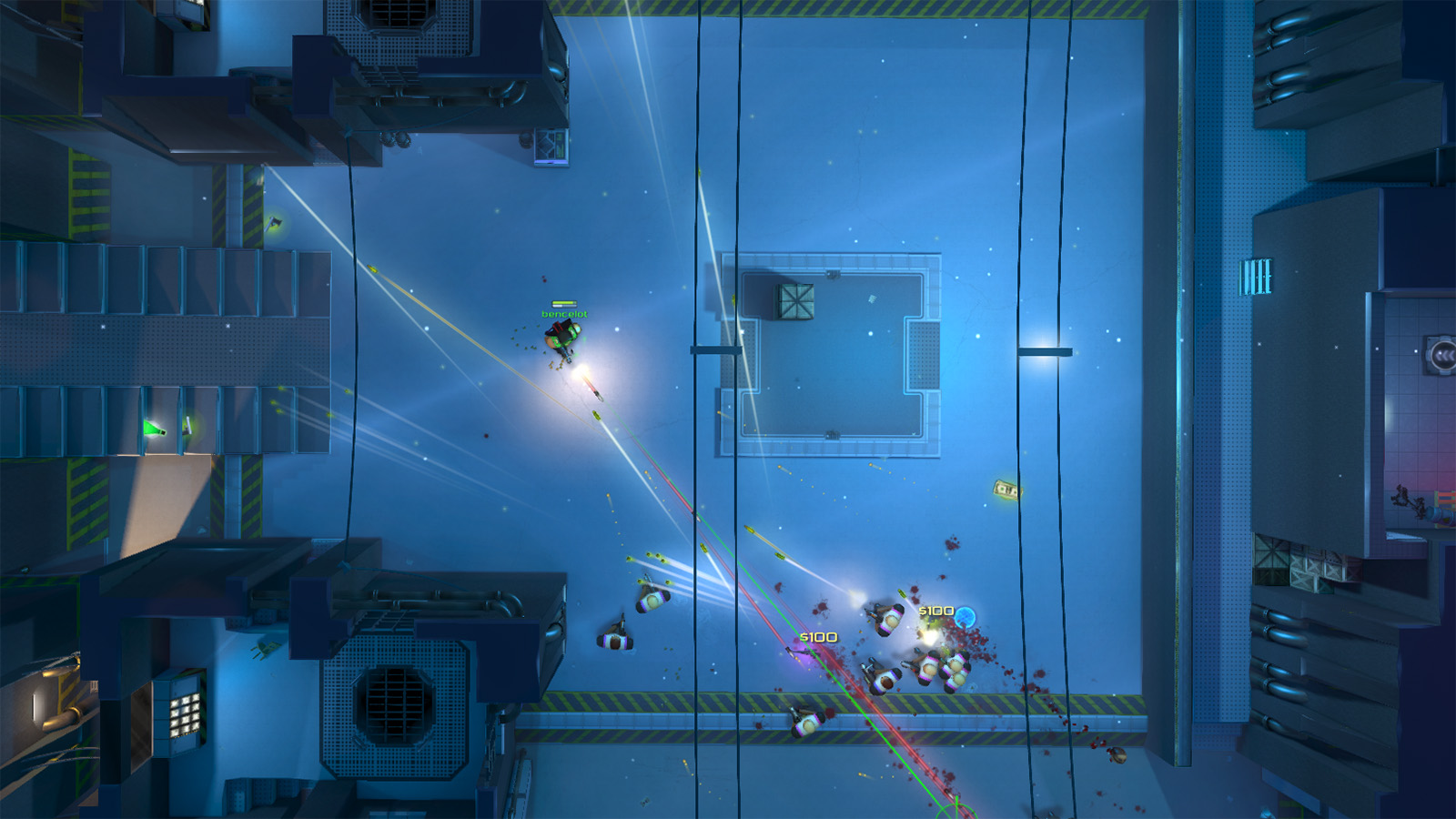 As always there are a bunch of small balance and bug fixes. I can't write them all out but here are some highlights:

Wow what a coincidence! Geneshift is on sale at the exact same time this version has comes out. If you wanna grab the full game now is a great time to do so. Otherwise, enjoy playing the free demo linked on the right hand side of the Steam page. Have fun! 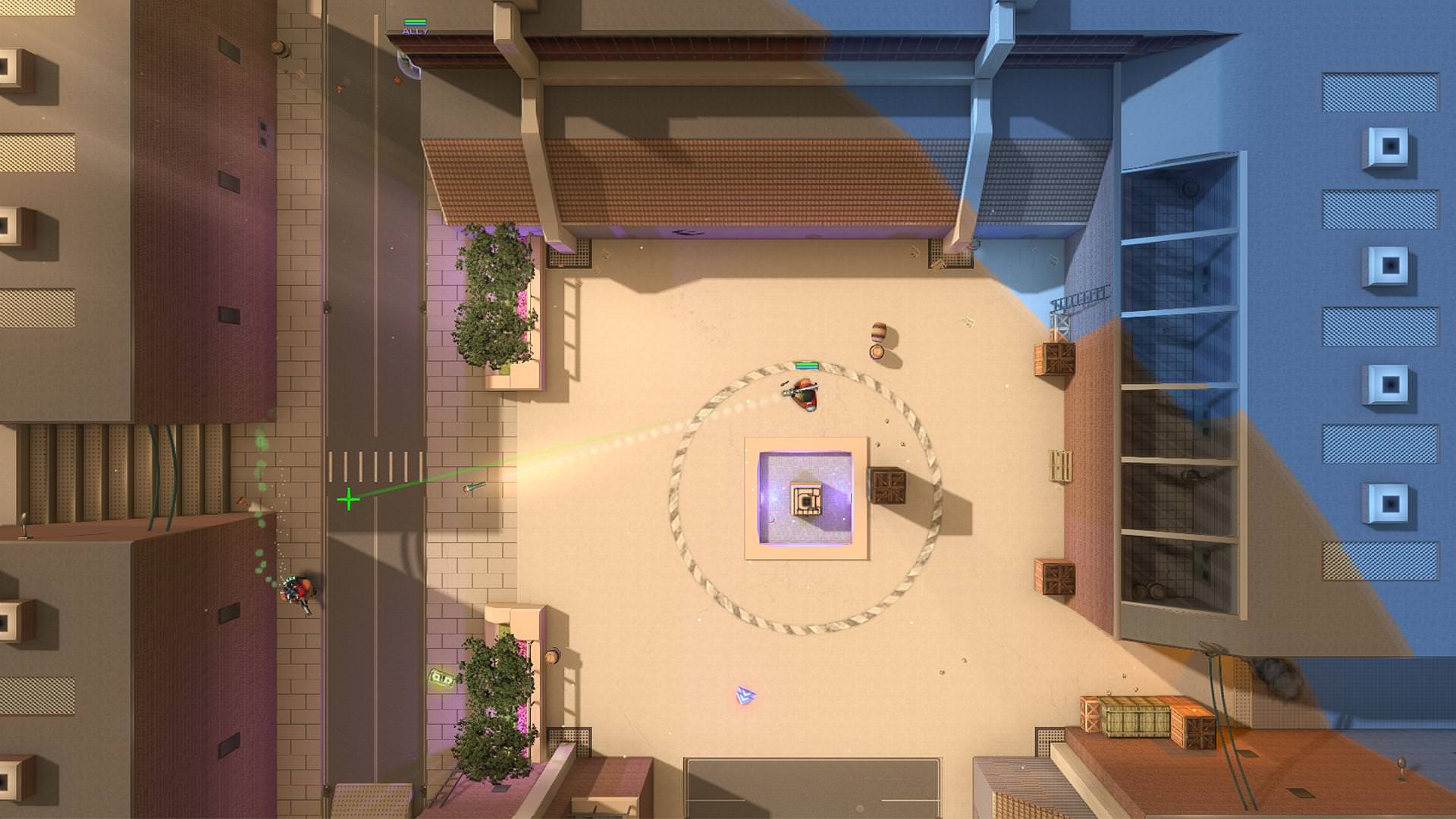 So, can i play this completely alone now? I thought this is a Multiplayer Only Title? When i can play this also alone, it would be really cool. Also can i play in addition to that all the Multiplayer Modes alone against Bots?

Sure you can also play the single player campaign!