You explore a galaxy far away together with your small group in spaceship. You can play the game with different roles like space pirate, merchant, bounty hunter, miner or slave trader. You can retrofit your ship's rooms to your needs. Use botanical gardens to grow your own food or build teleporters and shield generators to get tactical advantages. But don't forget to fulfill basic needs like crew quarters, a bridge or thrusters. You can also explore the planets! Use your teleporter to send your crew to a planet's surface and search for treasures. While playing the game, you can unlock achievements which can be used to customize and enhance your next games.

You can start the game with a rather small spaceship and use the Unpredictable Space card that was introduced with the last update in combination with the new engineer ability to capture larger ships. You can also capture ships with unique paintings that are normally not available like the Pirate Zeus! 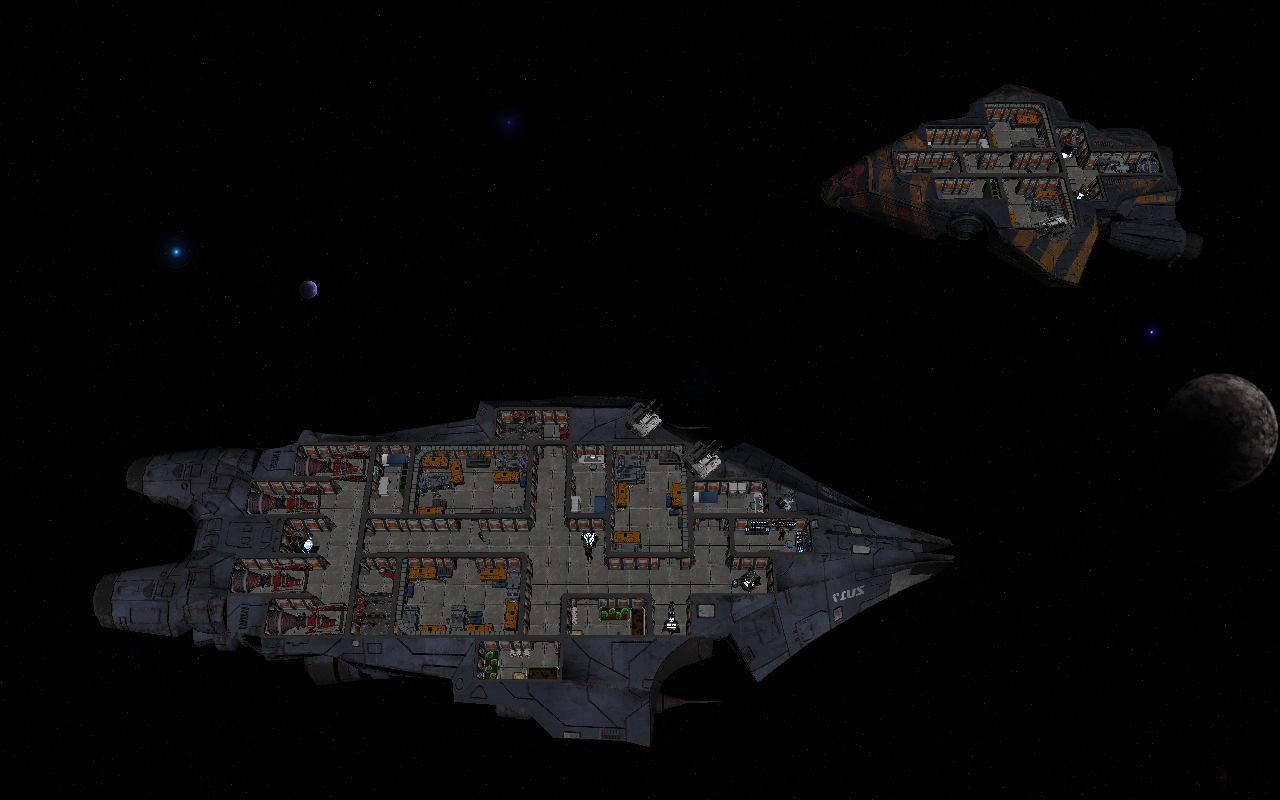 Sixty new dungeons of various themes have been added to the game with new rooms to explore and new enemies to fight. One of these new enemies is the hellhound that can be found near kennels. 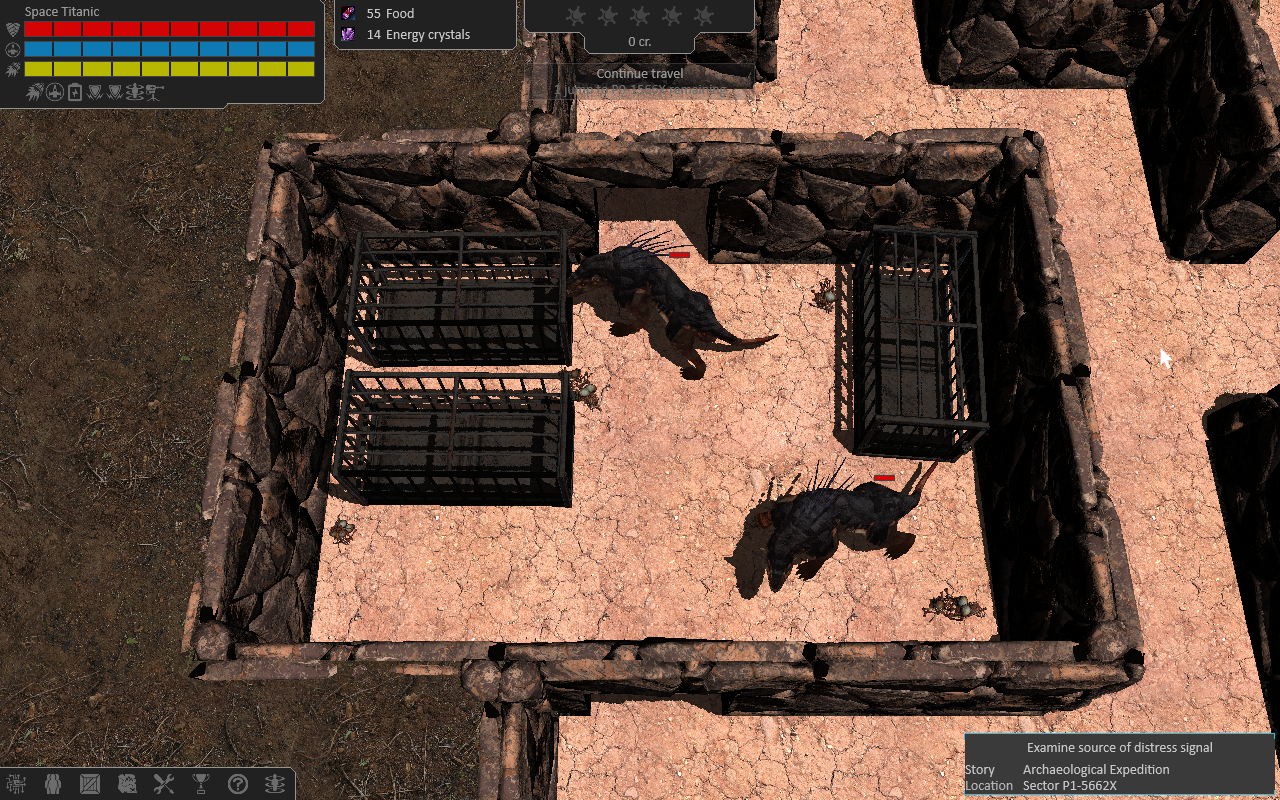 Another new types of enemies are mutants and mutant insects which are the result of some strange bio experiments. Be careful when you explore their habitats! 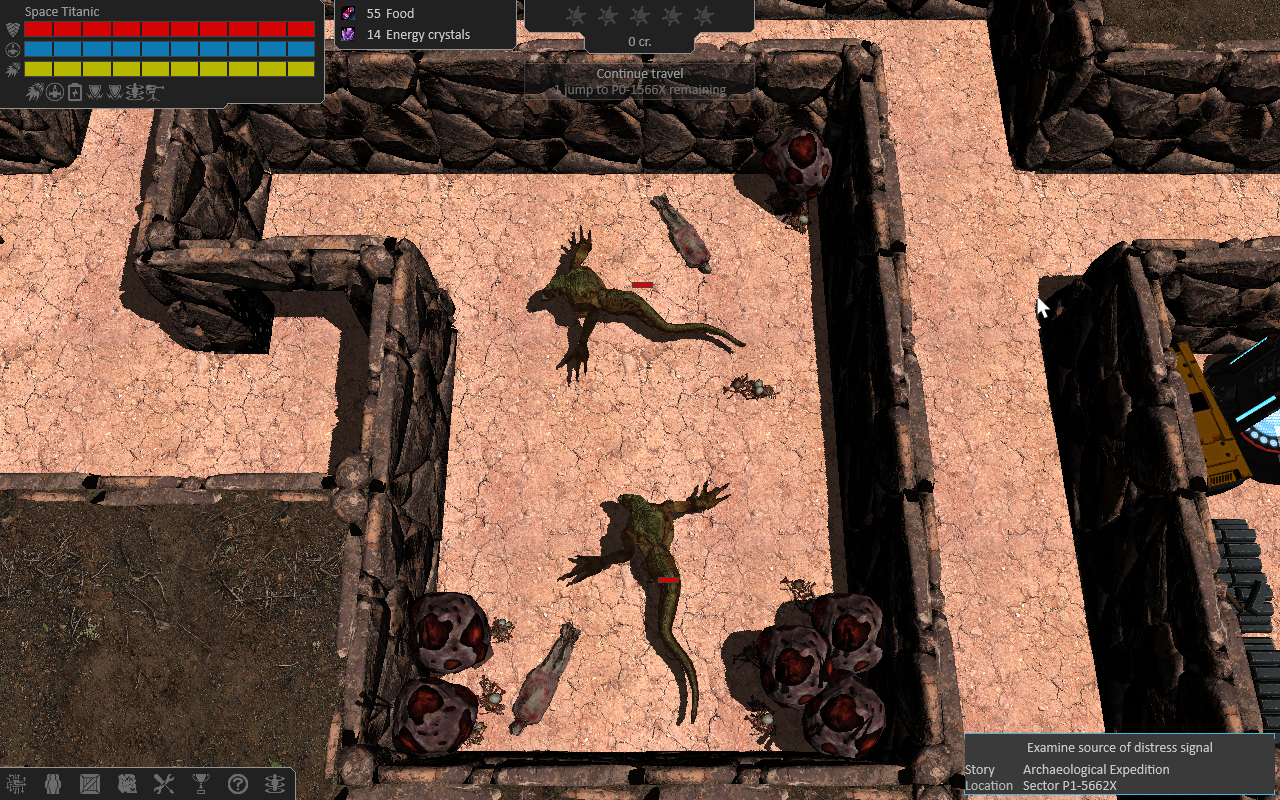 You can access the new dungeons by either requesting combat missions at a space station or pleasure hub or with one of the new space events.

In addition to new dungeons, a range of new planets were also added to the game. They feature some of the new enemies I mentioned about but they also feature new enemies that are ... simply too large to fit into a dungeon like Bone Skeletons! 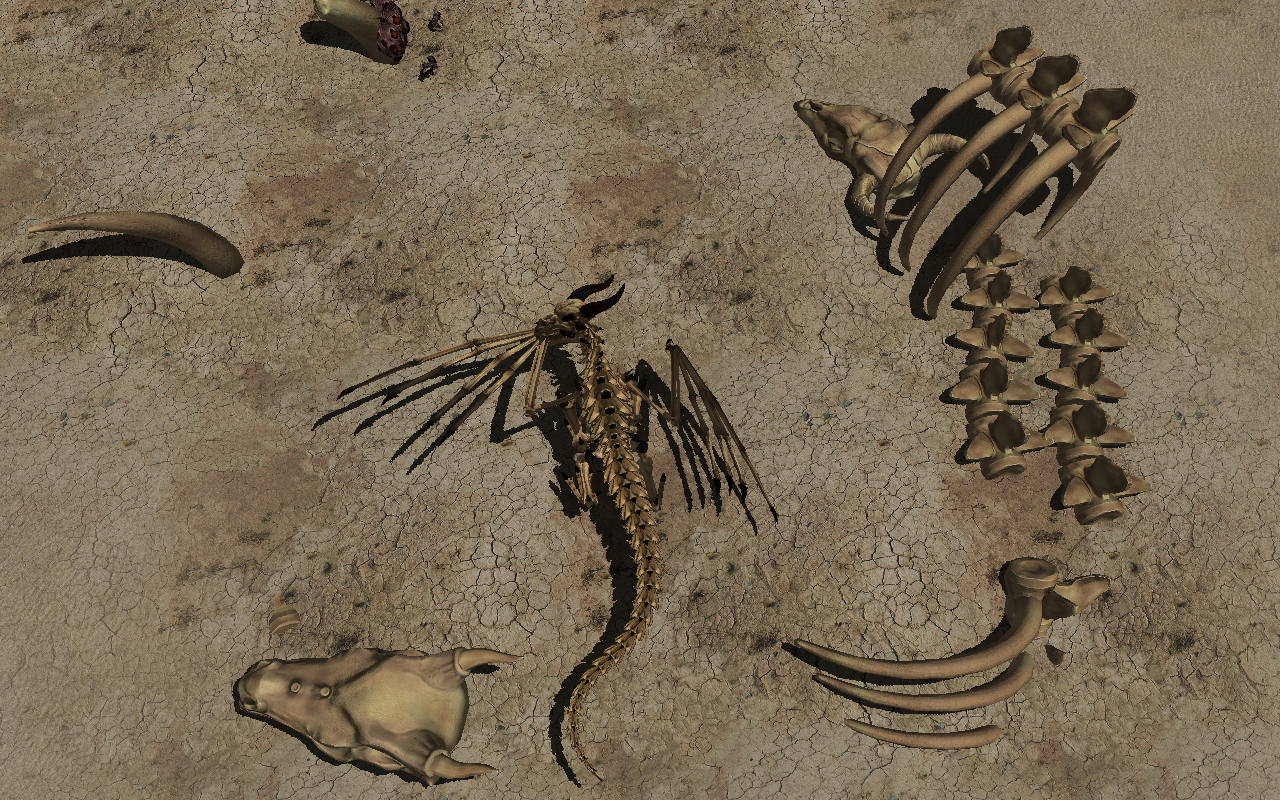 If you bought Early Access games in the past, you might have experienced game that were never finished. They were abandoned by their devs because of lacking profits or because they simply lost interest in their games. I experienced this by myself over a dozen times and promised you and myself to complete the game. The next update (approx. coming in March) will be the Release update. I will spend the next week testing and optimizing the game engine and gameplay before Galactic Crew will finally be released! I will continue support for all players and bug that are found after the release will be fixed, but there won't be regular content updates any more. However, I don't say that there won't be any updates anymore!

The latest update of Galactic Crew features a new level editor to create your own planetary missions, gameplay improvements like new bonus cards and better...

It's the anniversary update for Galactic Crew featuring an entire new Tutorial system, an improved ground combat and new elements to enhance the game's...

Update 36 - Too many improvements to fit in one line!

The latest update of Galactic Crew improves the mini map and adds it to planetary missions. Mods and custom space quests are also enabled. In addition...

I am interested in this game, but Steam is a non-starter for me.
Will you distribute it through alternative means in the future (for instance through GOG) ?

I am sorry for my late reply. I haven't seen your message. I am a single developer working with a team of freelancers (3d artists, voice artists, etc.). More distribution platforms are going to come and GOG is a must. At the moment, my game is only available on Steam to reduce the management overhead. Many platforms use their own content management and it takes a lot of time to maintain all of them.

It has been a few months since then, so I am not really expecting this any more to happen.
Developing a multiplayer support on Steam means that this game is now locked to Steam (it would have needed a server independent from Steam to be anything else).

I really hope I win this - i'd love to test AND review this game :D

I will be devastated if I don't win this.
D:

I am so hyped for it!

Thank you very much! I am working very hard on it. If you find something unsatisfying about the game, you can write me a mail at any time!

Will do, can't wait for it to be fully released!

There is a key giveaway here on IndieDB this Friday! It's your chance to get a free copy of the game!