Check out our Early access page and pick up a copy of Frizzy!! Thank you to all of the great communities who helped us make this happen!

Update 4 - Frizzy has been Greenlit!

Big thanks to the IndieDB community, the Reddit community, and the Groupees.com community!

Frizzy is for sale in a Groupees Greenlight Bundle! Check out groupees.com/bagb28!

And Check out Frizzy for sale at itch.io

For more up to date screenshots, please check out the website. Thanks!

Check out Frizzy Greenlight on Steam!

We're Team Frizz, and we made Frizzy! Check out our website at Frizzythegame.com.
We love to interact with the community.

Frizzy is a platformer filled with awesome action. The main plot is that you are a frizzy ball of fur who can latch onto static balls and launch himself around the levels. That looks like this:

The most important thing about Frizzy's gameplay, to us, is the way the controls feel. We believe that in a platformer the controls must be absolutely perfect. We look up to the feel of classic Nintendo games from the 90's as our guru. This stuff is hard to describe, but it is something that we spend a lot of time on.The gameplay is based on solving puzzles. You find locked doors, movable boxes, destroyable boxes and more. Keys are hidden throughout the levels, often behind enemies. Keys work automatically, like this:

One of our favorite things about Frizzy is the way it looks. We deliberately went for a classic look. The textures are mostly flat and monochromatic, and we love the way it feels like a classic platformer. If you don't like games like that, or think they look bad, maybe Frizzy isn't for you. But for us, these graphics serve to remind us of an unforgettable time in game history.Frizzy has lots of enemies. He's constantly being bombarded by lots of different types of enemies.Some move on the ground, flopping endlessly

Some fly through the air mindlessly 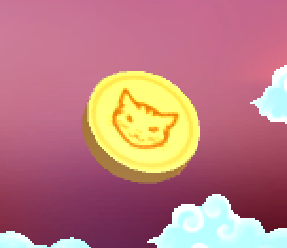 Frizzy has a lot more enemies, but he spents most of his time collecting gems. Gems unlock levels, and help Frizzy progress in the game.

Frizzy's Original Soundtrack
We're giving it away digitally! Check out our soundcloud to download the entire soundtrack, or listen whenever, for free! All music in Frizzy the game is original and made by Team Frizz!
Soundcloud.com

Frizzy was minding his own business. He worked in the fuzzball factory on Fuzz Island. One day he noticed something in the clouds, something he had never seen before. It was a ball of static energy, and he could tell from it's magnificence that only he could see it.

Forlorn, he thought of how he would never reach those clouds.

They're so high!
And he is so small.
For years Frizzy's Village on Fuzz Island had been tortured by an Evil Dragon. His name was Doof, and once a year he would come to the island and attempt to blow all the pretty Fuzzballs away. This day was known as the "Great Green Sneeze" on Fuzz Island, and every year all the fuzzy families would hide out and latch on for safety, or be gusted into eternity.

One year something glorious happened. Frizzy was dutifully working in the fuzz factory when he saw a bunny playing outside his window.

So he followed it. But he had forgotten that today was the day of the great sneeze! By the time he had remembered, it was too late. He saw the green fog coming in and was swept away. The Great Green Sneeze came and with its mighty wind Frizzy was blown high into the air. From up in the air he could see further and clearer than any Fuzzball before him could. Then he remembered! "I must fuzzyfloat my way towards the ball of static energy!" Like any other ball of dirt and hair, Frizzy is fully in control of how he maneuvers through the air.

He floated and spun and twisted and paddled. Through the air he went, and he floated his way towards the ball. Finally he reached it, and he found something amazing! Frizzy could magically attach to the ball!
He looked down and gazed upon Fuzzy Island. He wondered if any of the other fuzzballs had forgotten to hide indoors during the Great Green Sneeze. For a moment he pictured his fuzzy family, and his little brother Lint. The moment was interrupted by the foulest of laughter.

Frizzy felt the second sneeze only for an instant, and blacked out. It blew him further from his family than he could ever possibly have imagined. He woke up on a platform covered in grass.

"This is the furthest from home I've ever been." Frizzy said. 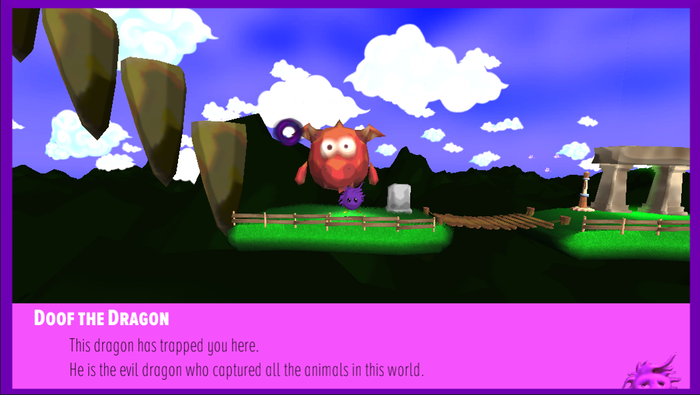 Thanks for putting together all this content to share. It's too bad this game and your Kickstarter aren't getting much attention as the game looks like it's on a good track. Perhaps if you showcased more of your features in some of your media? For example, you write on Kickstarter you have 30-40 enemy types, but we don't see a ton of variety in the video and screenshots, and I don't see any of the puzzle gameplay relating to moveable and destroyable boxes.

Also as a personal opinion I think it might be hard to secure funding on your Kickstarter. My main concern is your wording for your campaign goals is unspecific, and at least as I see it, somewhat contradictory. If I backed this project, I really don't know where my money would go, and that would be important to me. Would Frizzy still be launched on PC if the Kickstarter is not funded? You write on Kickstarter " If there is overwhelming PC port support, we will direct most of your support towards more models and avoid the cost of consoles altogether." - does that mean that if I donate under the expectation of a console release and you decide later you don't want to do consoles, you won't? That seems very unfair to me. Also, the Kickstarter is somewhat vague on the stretch goals. What takes priority? More enemies, extra playable characters, more environments (does this mean levels, or just art?), or more models (does this mean Mac and Linux)?

Sorry if I come across as hyper critical. I wouldn't take the time to write this if I didn't think the information could be beneficial on improving the project's marketing direction. Frizzy looks cool, and best wishes on future development.

Thank you for taking the time to type us a detail response. Stuff like this is awesome.

The Kickstarter - First off, don't worry so much about donating/not donating, because the odds of it's success are pretty low at this point. Without major press coverage, which hasn't happened yet, we just don't have the man power for promotion. We're not promotion experts, and most of the time I spend doing promotion seems a lot like ******* in the wind to be honest. Not because promotion is bad, but just because I seem to suck at it. We're a small team of devs and we only have one true art person, and his time needs to be used towards the game, he only has so much time and we can't have him worrying about webpages/kickstarter/etc. It's not anyone's fault and I'm not blaming anyone, its just the reality, you know?

So as for the Kickstarter and where the funding is going - you're very intuitive to pick up that it is a bit vague. When we started the kickstarter our main expense we wanted to cover was insurance for our game company. I can't go into it too far because of an NDA, but the insurance requirement was changed *during* our kickstarter! So while our kickstarter may looked doomed - it's not the end of the world, because one of our big expenses disappeared too!

Content - When I was making all of this content for promotion I had to walk a fine line between showing as much as possible, and making sure that the stuff I showed was functioning and complete.

Platforms - What I meant to say was that we have a plan for platform release order (Xbox One - Wii U - PC) but that we are flexible, if there was consensus amongst the community we would definitely bend to it. We just want people to play our game, listen to our music, chill, and have fun!

Thanks for taking the time to respond to my comment. That goes a long way to showing the company's professionalism. Your explanation makes sense and gives a better understanding of why things were done the way they were. The game industry is so saturated that it is difficult to promote oneself enough to stand out, even if you do have a good game.

InMomentum is a minimalistic / sci-fi platform racing game that challenges the players to think in both horizontal and vertical perspectives while racing...

What happens in a game where most of it is hidden? Tormented by the unknown environment and messages on the wall that give the feeling of being watched...

Super Lumi Live is a deceptively simple yet challenging neon platformer with refined controls, a wealth of hidden depth and diverse challenges. Navigate...

When you sleep, you are dreaming. Some dreams are beautiful and vivid, the others are strange, and the rest of them are horrible... We've having them...

Relive the classic era of platforming. Hop, bop, and journey with Mick Slick through five treacherous worlds and one hundred levels ranging in difficulty...

ColourRunners is a first-person, free roaming platforming game with a large emphasis on rewarding players with positive aural and visual feedback.