This week we introduce the Laperian Army Grenadier. Beards Ahoy! 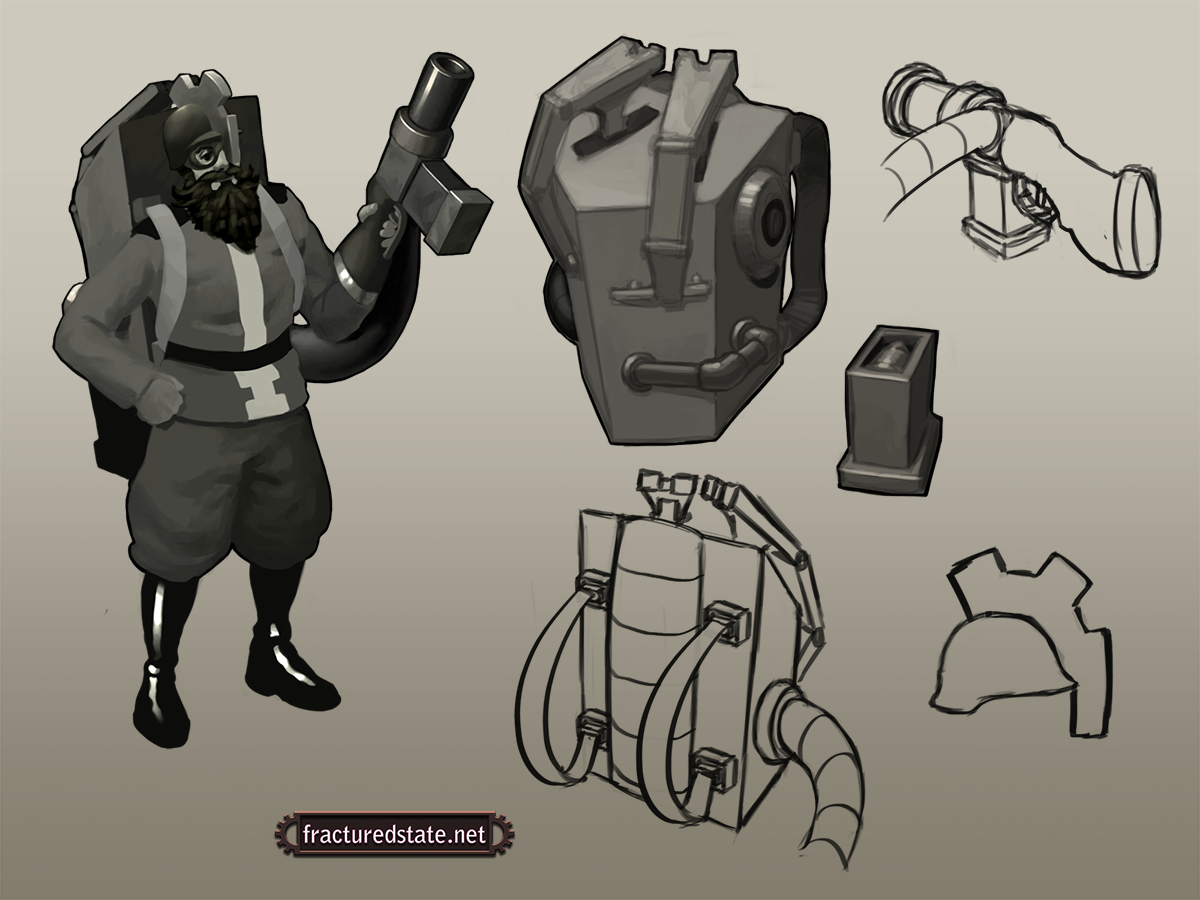 Laperian Army Grenadiers are known for their full beards, love of ducklings, and blowing things straight to hell. Only the latter is of direct use to the army at large but the commanders fully support their soldiers choices of facial hair and pets (where it keeps them in line, otherwise out come the “discipline sticks”).

This unit delivers area damage and has the potential to bypass cover with a well placed shot. His weapon works as such: the backpack fills an empty grenade canister in the launcher, which is then propelled directly at the enemy's position as the soldier cackles maniacally (cackling not optional). Why can’t these grenades be pre-filled you ask? The laperium fuel housed in the backpack is intensely volatile and only kept stable for extended periods of time under pressure. Once it is pumped into a canister it is liable to explode at the slightest provocation. We recommend you do not taunt the canisters.

As the unit currently works/is planned to work a Grenadier cannot take cover under normal circumstances. They will have a toggle to allow them to do so, but it will greatly reduce their accuracy, which could be detrimental if you have other squads nearby. The idea behind making this toggled rather than a standard occurrence is that units will intelligently take cover points when they are ordered close to them. Accidental cover placement and the resulting chance of friendly fire splash damage from the reduced accuracy would be a harsh penalty for such an automated process.

The Grenadier will also have an active ability to place a proximity charge, allowing him to function in a defensive or ambush role. The downside to the Grenadier (at least in theory) is that they have reduced function indoors as their shots could be blocked by various objects and walls. Perhaps a trusty proximity charge by the door to dissuade intruders though?

If you have any questions or thoughts let us know down below.