News about this month's improvements on Fractal Space for PC!

Hi again everyone! Here is some news about latest improvements of Fractal Space PC version 0.1.5c for November 2017!

The game was crashing on Linux hardware. This has now been fixed, and the game also supports all resolution types. You can now play the game with any resolution on Windows, Mac and Linux!

In addition to improving the general main menu visuals, if you launch the game for the first time, the game starts automatically a new game. If you launch it with a game to resume, the game is resumed on launch. This avoids to go through the main menu every time you wish to play. You can still come back to the main menu or access options in-game ;)

You can also prevent the game from auto-launching and display the main menu instead by pressing the left CTRL (or Command) key as soon as the auto-save warning is displayed.

We have added in the Steam Guide here, the section regarding errors "A Wild Error Appears!" and what to do when they happen, as from now on code errors will be displayed in red at the bottom left of the screen.

We also added a few tips regarding performance Options in the guide.

We have reworked a couple of elements in Chapter 1 and 2, stated below.

Lighting is much more optimized: performance should be better in both Chapters. Some areas might seem now darker; please do point them out if you think they are way too dark. We also did this intentionally to encourage the usage of the Flashlight.

Lighting is more realistic: There are now less areas where lights are "very bright on close surfaces", creating a blinding-bright zone on the closest walls of realtime lights. This makes the general feel less colorful, but more realistic. 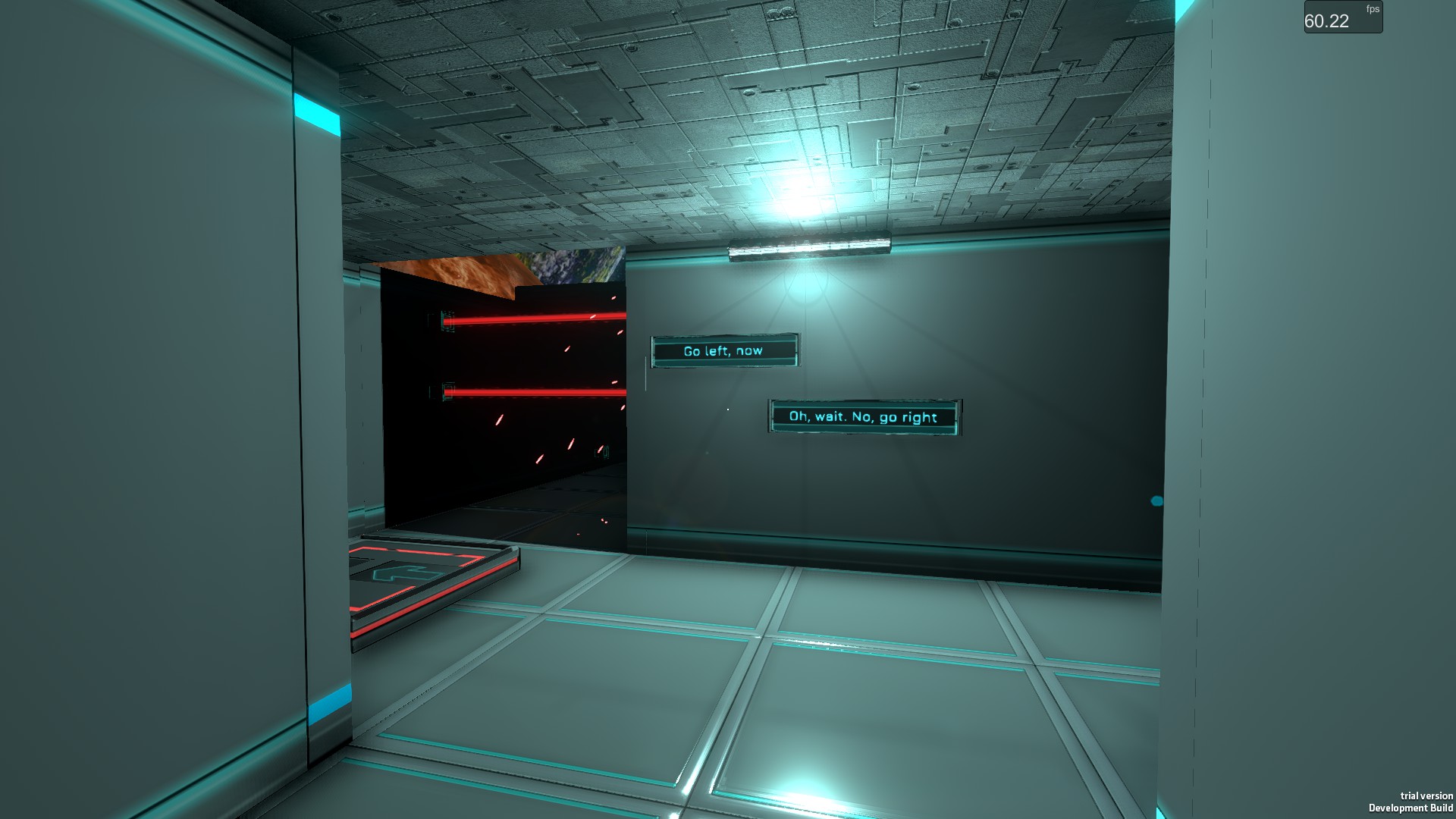 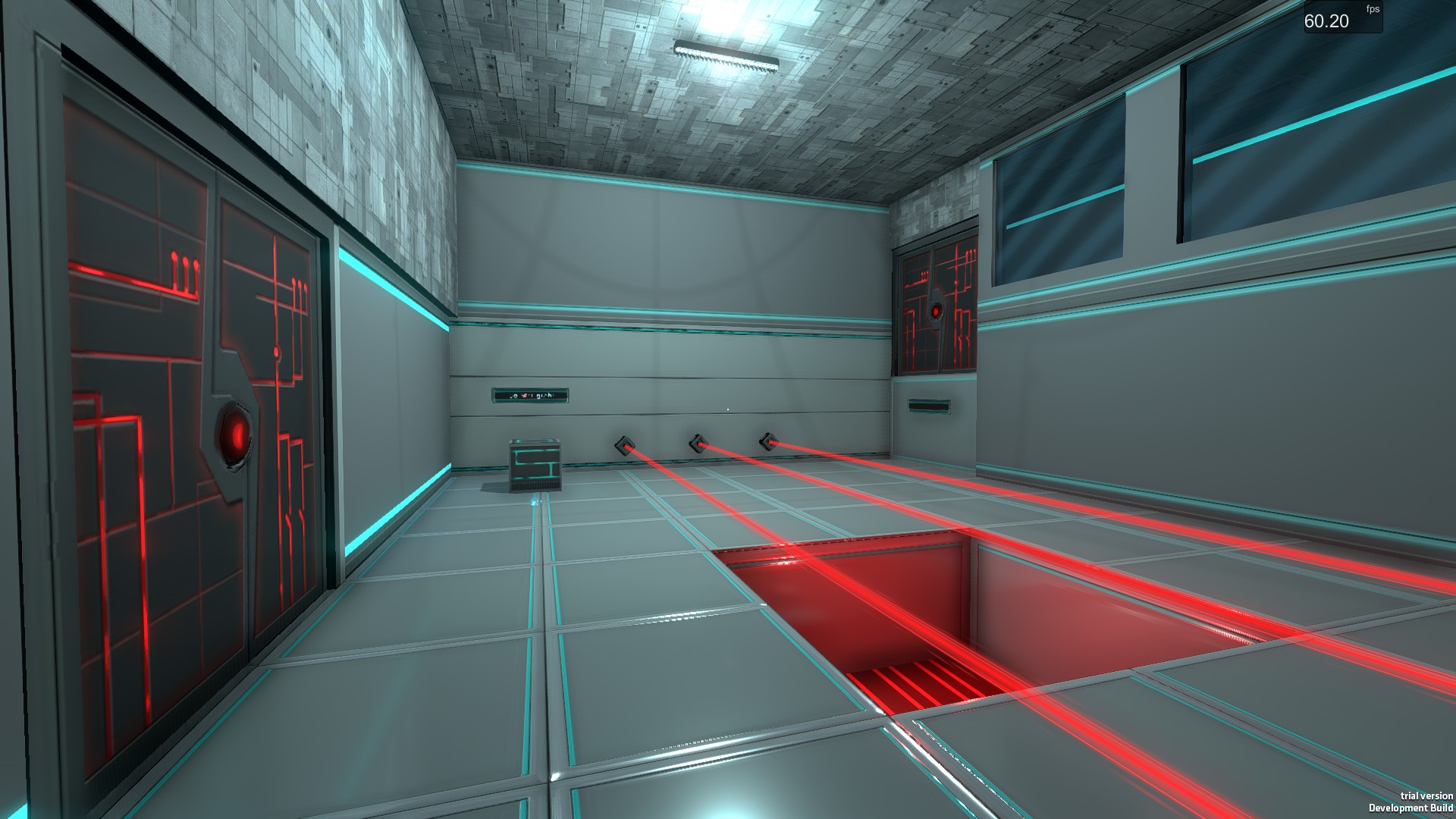 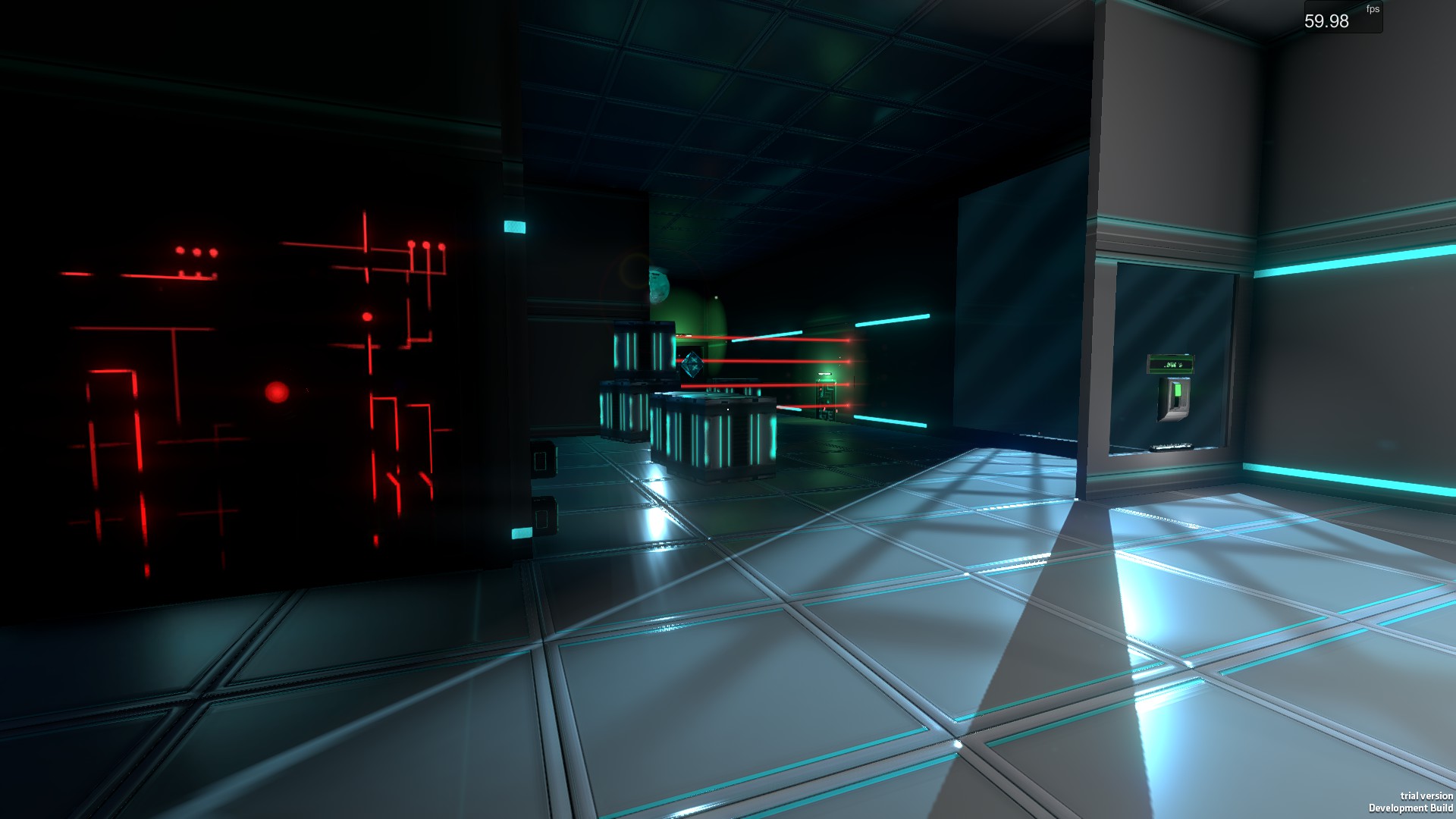 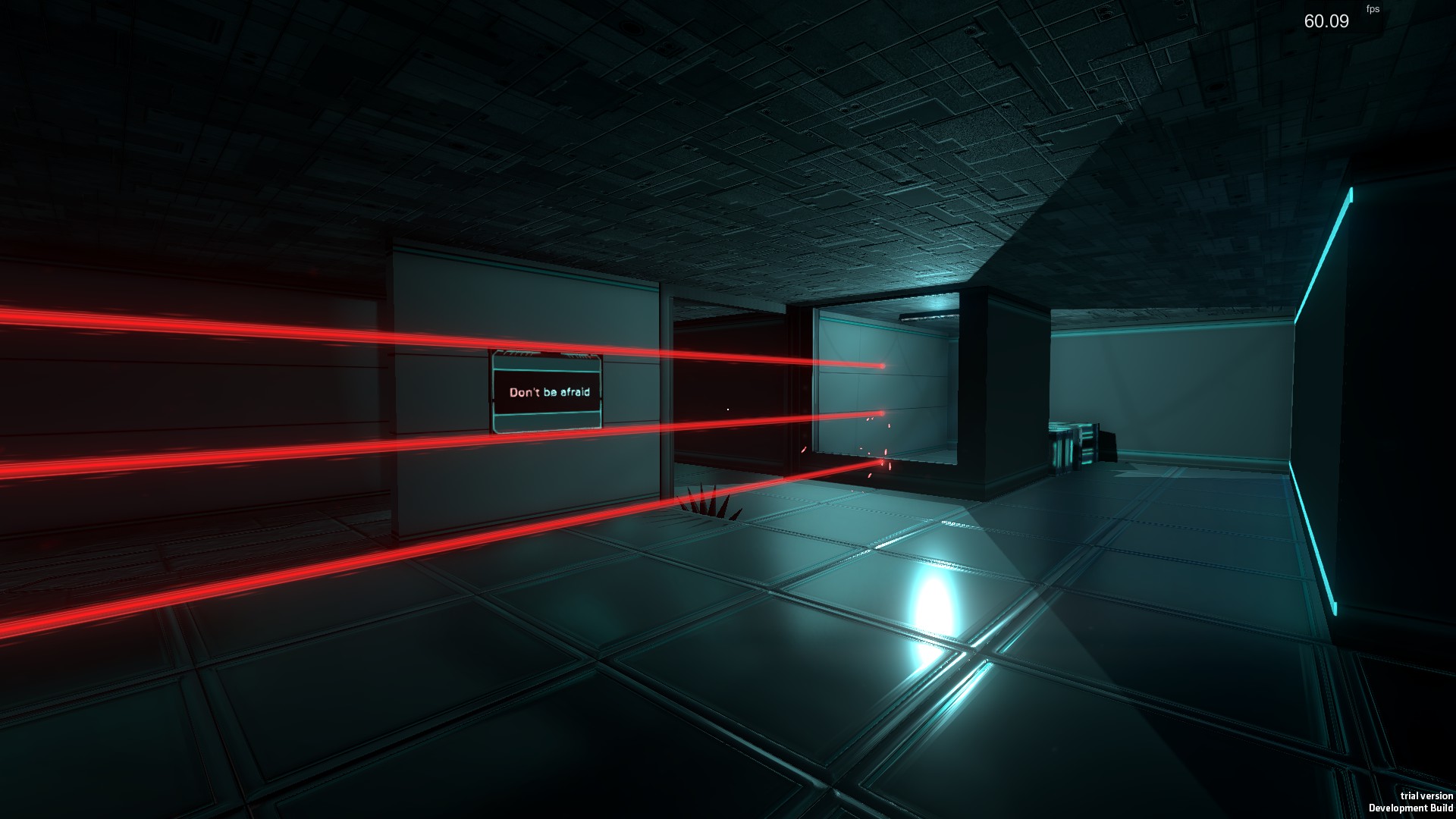 Destructible Walls found in Chapter 1 and 2 are Bonus Rooms - you will need to play them again once you have acquired the Taser Upgrade in Chapter 3, as Upgrades are Persistent, and remain even if playing an earlier Chapter!

Bonus rooms are not yet designed; if you do break the wall, you will currently find nothing behind ;) 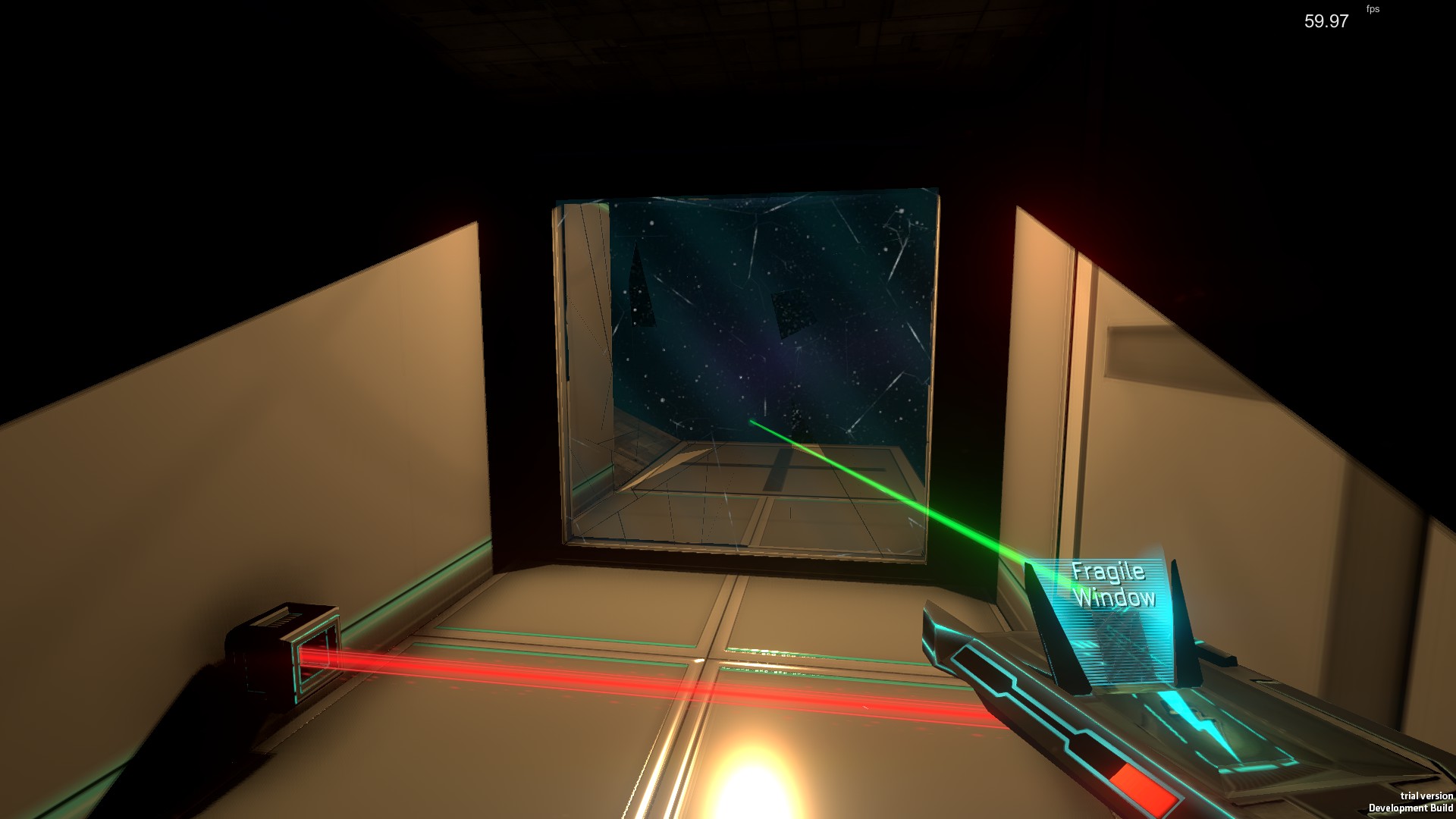 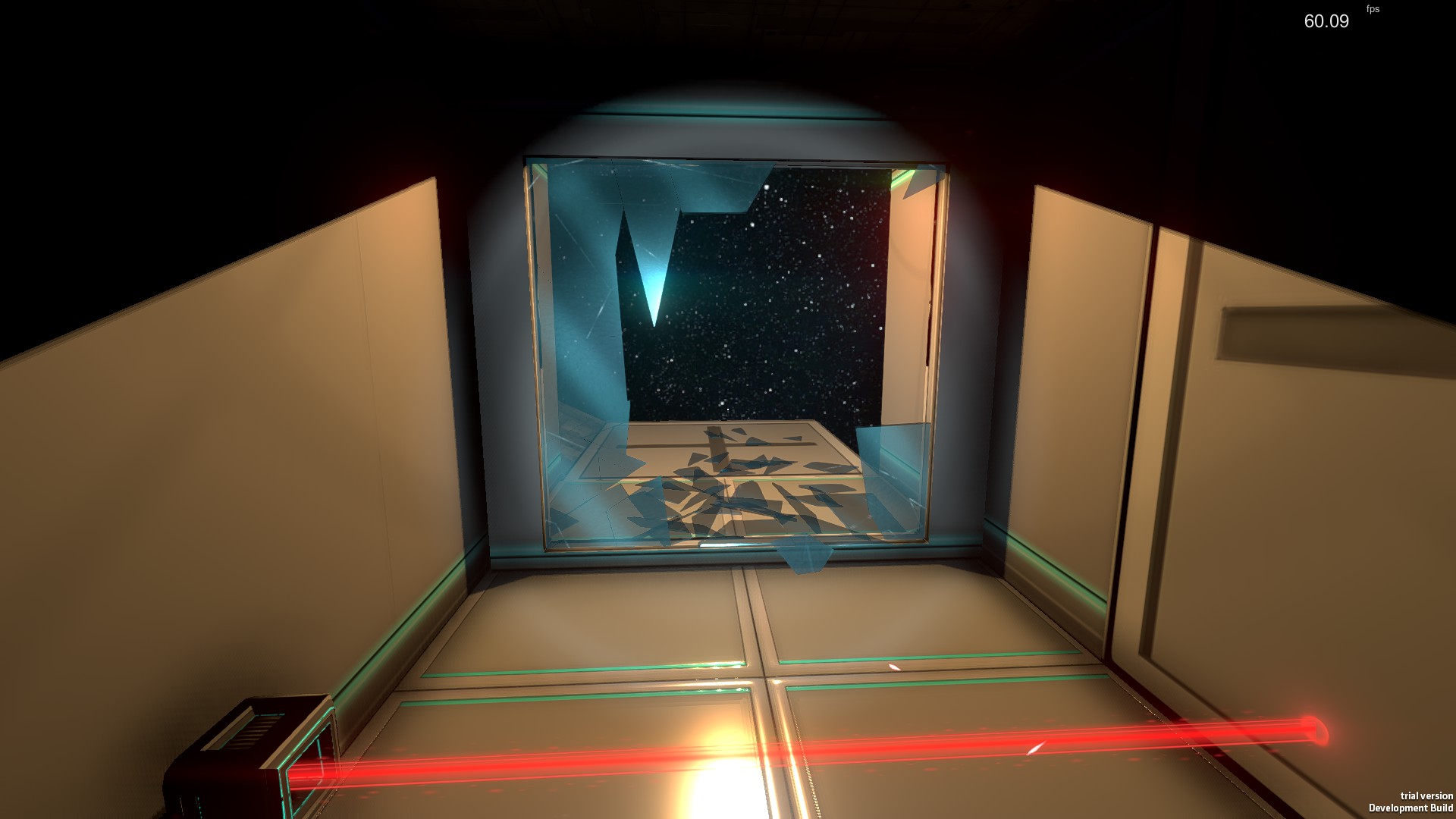 A lot of small improvements and tweaks have been made on most 3D models and textures to look better; the light some objects emit is now more realistic compared to the previous very bright binary "emissive or not" aspect they had.

Screens are now improved and there are more of them for better prediction of the switches usage. The User interface has also been improved for most pages of the game. 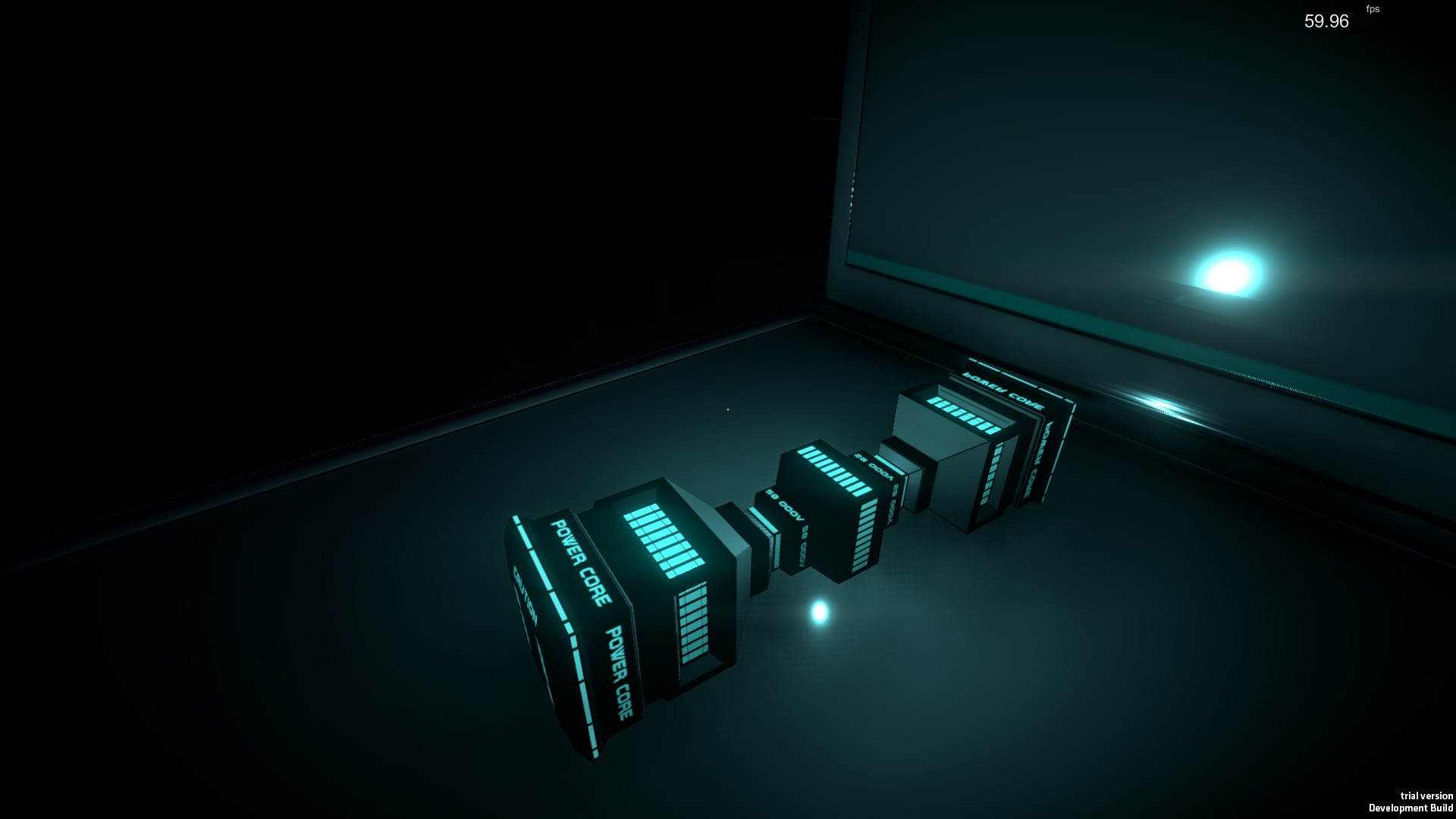 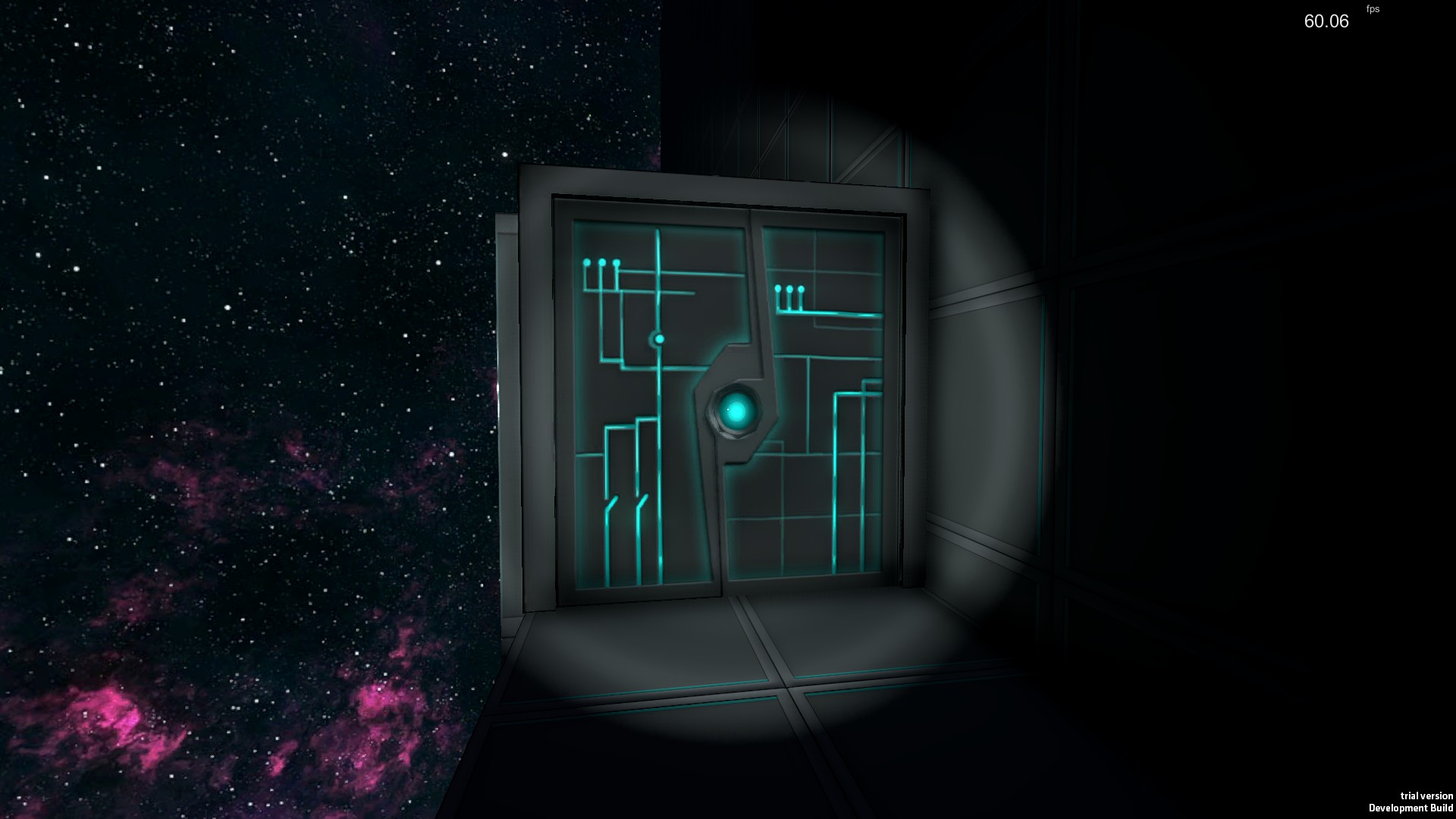 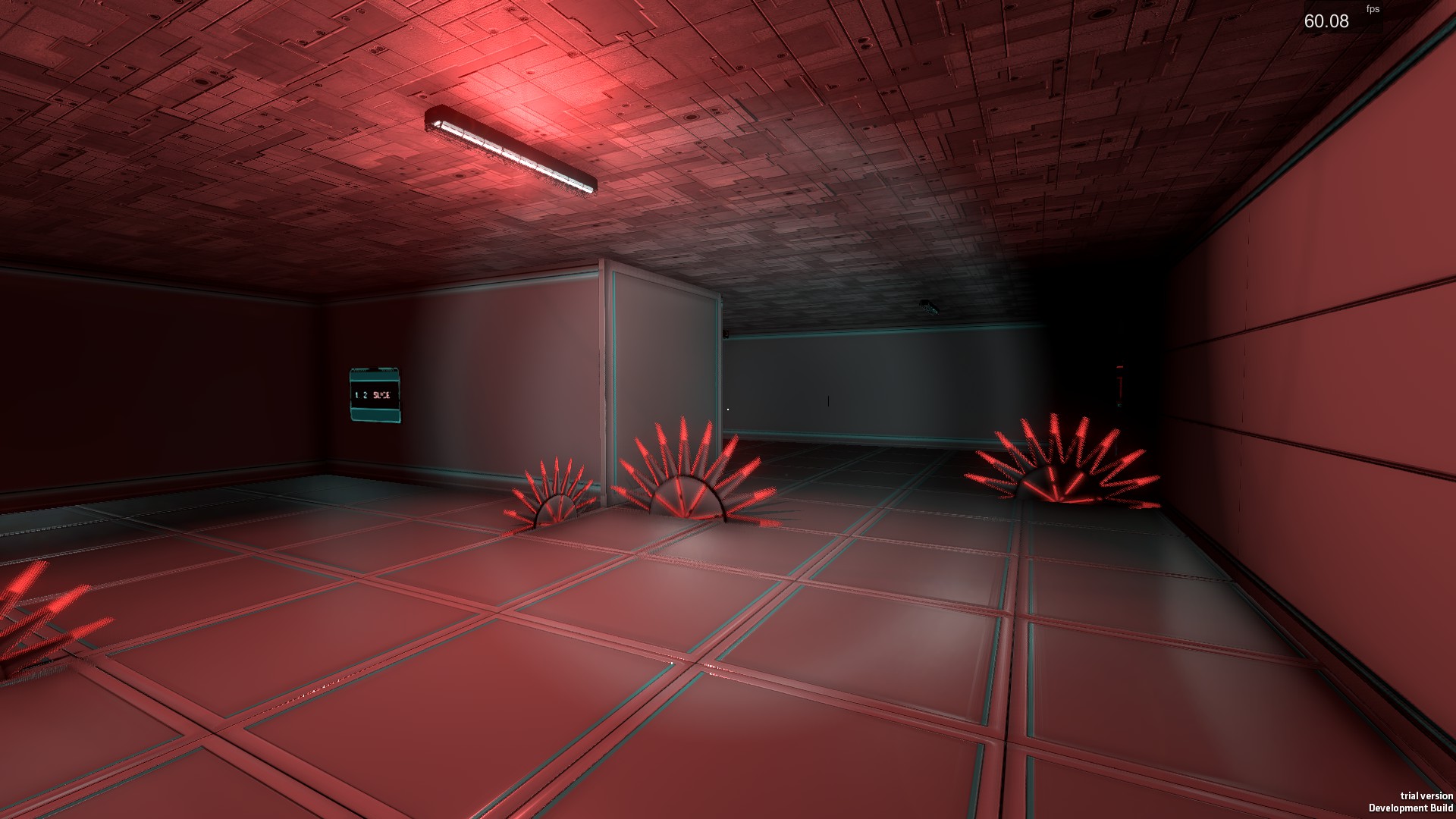 At first, when you pick up a Healthpack or Taser Ammo pack, it is used automatically on-the-spot to heal you or recharge your Taser Energy. If you acquire the Taser Backpack or Health Backpack upgrades from Upgrade Terminals, you will then be able to store 1 to 2 of each of those packs.

This will allow you to always keep a Taser Ammo pack or Healthpack for later use in a hard situation ;) 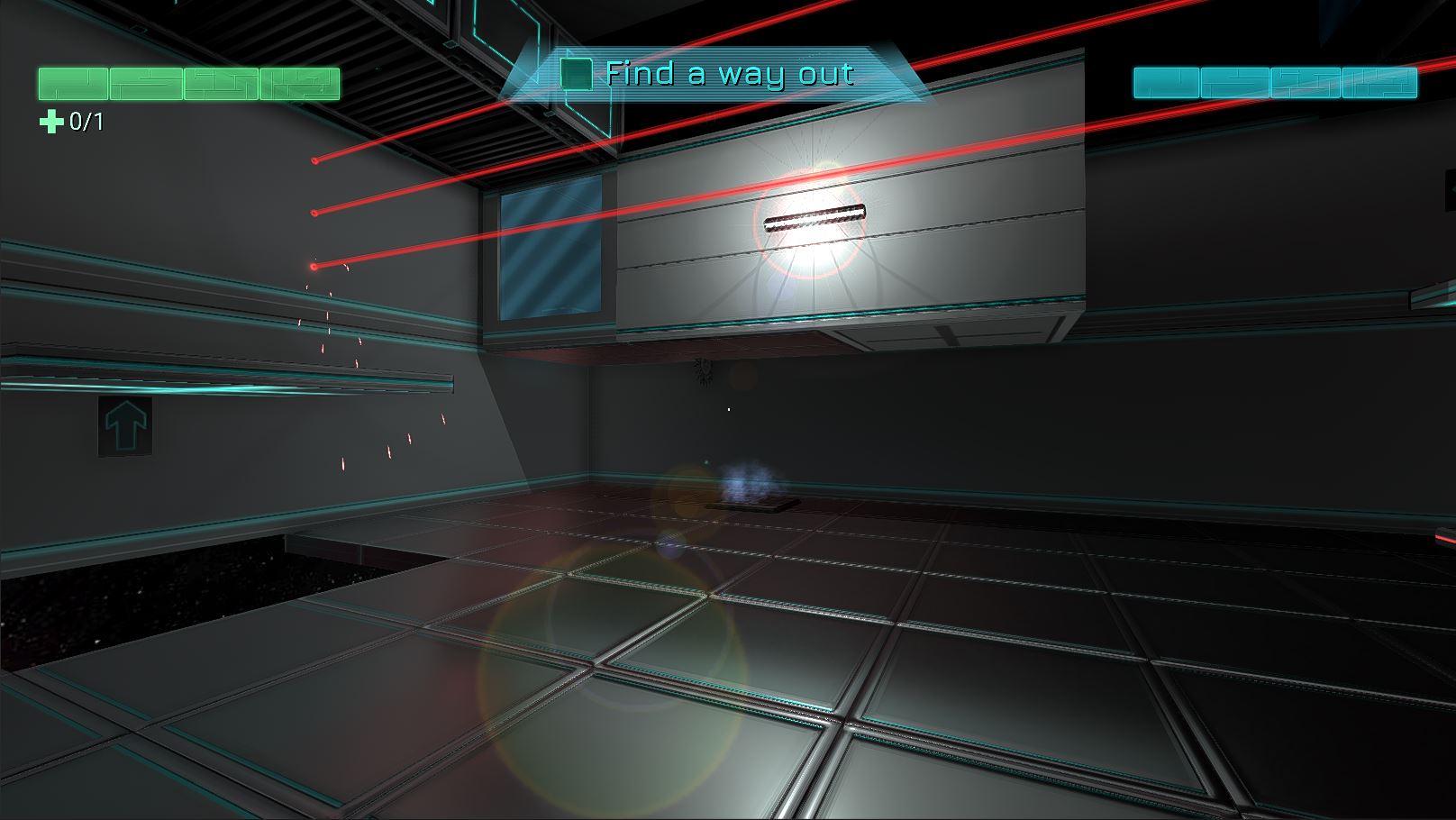 We have made a lot of progress on Chapter 3, and it's soon ready! We expect to release it before Christmas, as a first playable version!

Talk to you soon, on the next development update :)

Then update 1.7 for Android will out?