This is our very first development update since the first playable version of Chapter 3. We have fixed a few bugs and made some additions.

Hello dear players and followers! We have published the first update - V0.2.0b - since the release of a playable version of Chapter 3 on Steam! We will talk about the various additions and bug fixes we've been working on.

Here are listed the additions to the game since the last update.

It has been very long, but most of the wall and textures alignements that were present in both Chapter 1 and Chapter 2 should be fixed! Chapter 3 has not been reworked yet.

3D assets have been reworked to ensure a better alignment, and all objects have been checked / moved / resized to avoid the misalignments that were visible. There might still be some present here and there; if you do find some in Chapter 1 or 2, please do take screenshots and notify me! Thanks!

You can now skip cutscenes by pressing the TAB key (or Y on Controller)! That will be very useful to test the game quicker and for multiple runs: 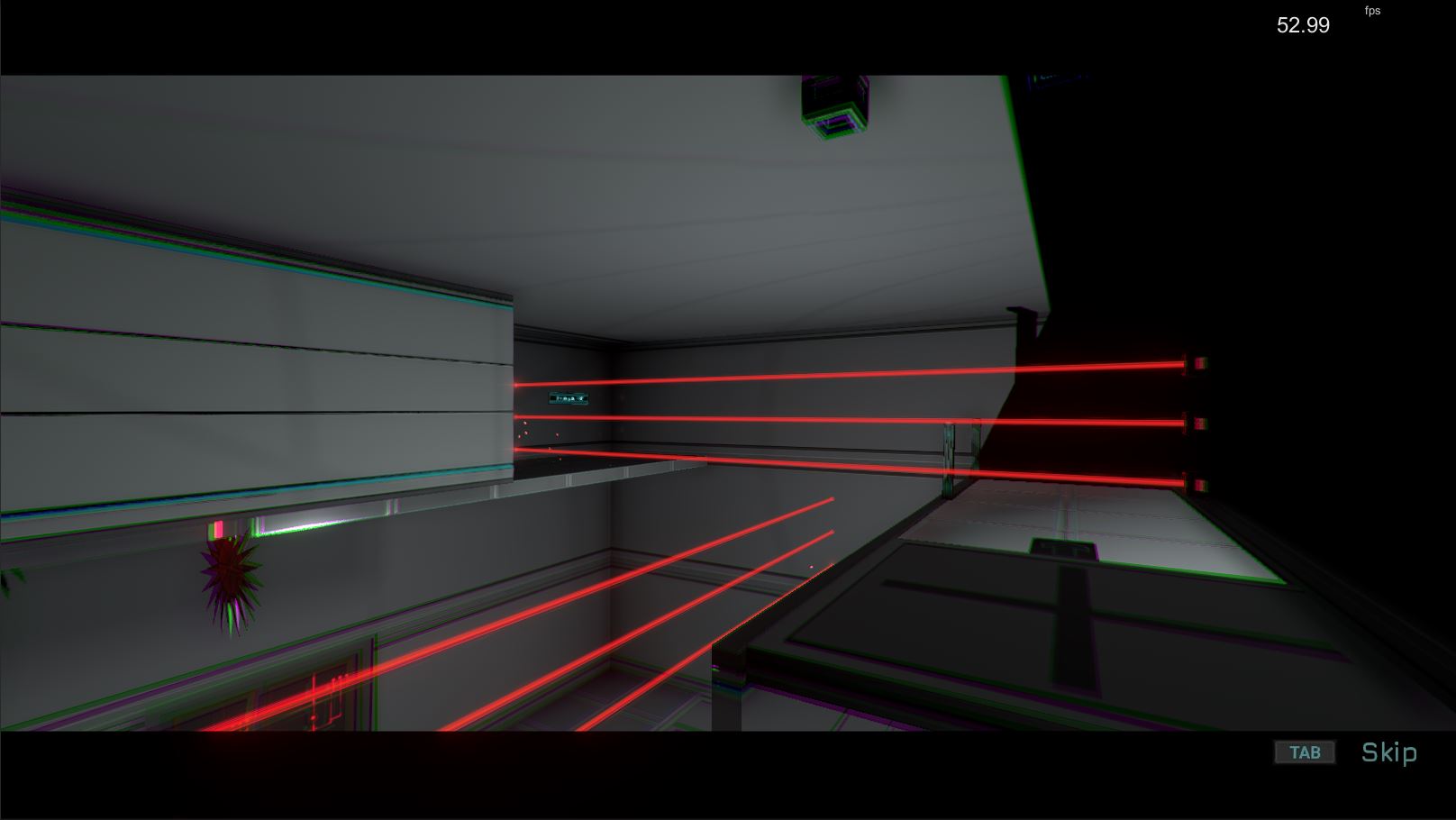 Even though this new addition has been tested, I recommend that as a tester, you try it thouroughly; as skipping a cutscene means that all the events during those cutscenes need to be executed instantly (open a door, turn off a laser, etc); and there is a chance that in some cases, with specific cutscenes, it breaks some puzzles or creates undesired scenarios.

Especially, for example, for a cutscenes that normally requires the player to wait until some parts of the level are being loaded, configured or initialized (ex: Chapter 3 "Initialize Room" button).

For these very few specific cases of complex cutscenes in the game (maybe 3 out of 200), they need to be set as exceptionally not skippable. If you encounter some sort of strange glitch or bug after skipping a cutscene, please write a bug report on the Discord channel or the Steam Discussion :) Thank you! 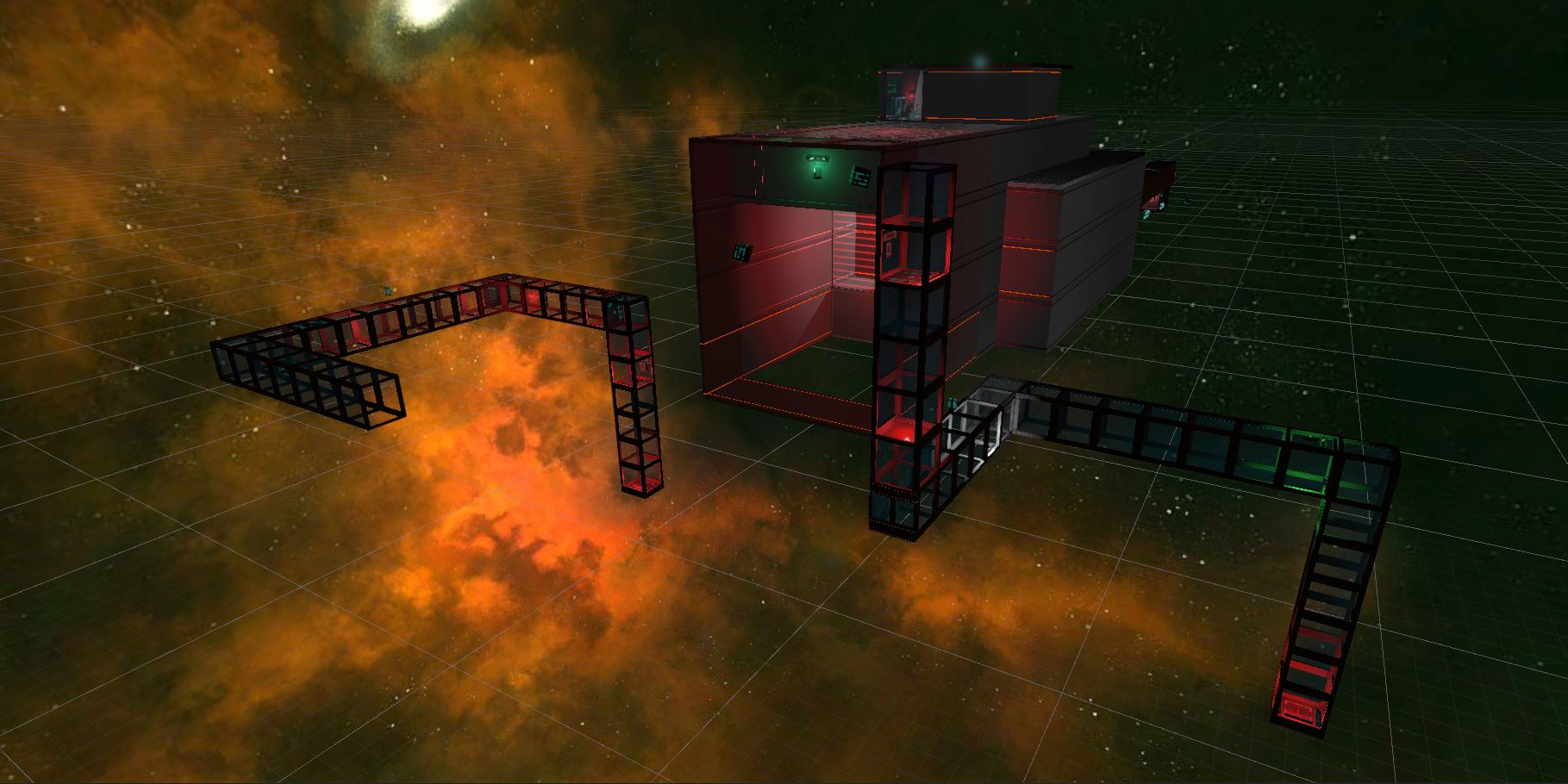 Zero-G movement itself has not changed; only the boost speed is faster to cover larger distances. We'll be glad to hear if it feels too fast now :)

Concentration has been renamed to Hyper-Speed. I'll be happy to hear as well how this feels and if this ability name makes more sense to you as a player.

Hyper-Speed now shows an orange threshold of auto-deactivation on the health bar; it's easier to know when it will be forced to be disabled. The associated key icon V or Y on Gamepad is now displayed next to the health bar as well, and remains displayed until deactivated: 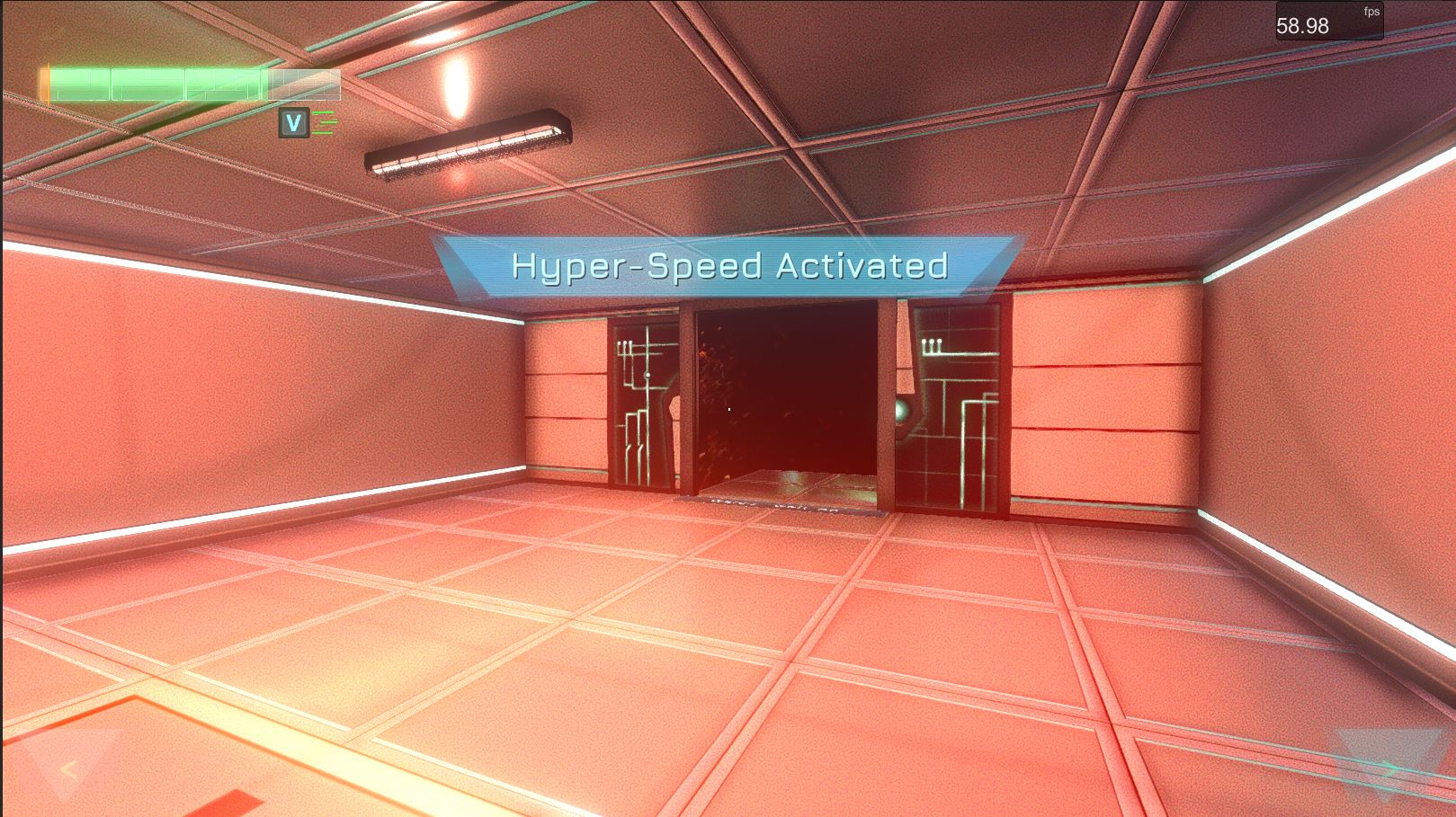 Most of the first bugs found in Chapter 3 have theoretically been fixed, including:

I hope you guys will like these changes and bug fixes! Now I'll continue working on wall alignments of Chapter 3, so that the game can be updated some time next week with all 3 Chapters in a more final state :)

Thanks again for your help and support, and Happy Gaming!