Every game starts with an idea. From that simple seed grows the tree of a fully flourished game. I thought it would be fun to take a look at how Four Realms has grown from a simple idea to the crazily systemic animal wizard game that it is now. This is the first part of that story; those early ideas, troubles, and the game before the game.

In the case of Four Realms, it's conception can be linked to one thought. “What if I could play the creatures I summon in Magic: the Gathering?” It's a simple thought. And one I think I'm not alone in having harboring. I'm sure many people like me have played Magic a lot and wanted to do more than simple number crunching. They've wanted to see the fearsome creatures they've played come to life, see them sneak, fly, or otherwise heckle their opponent.

But a single thought is not not all it takes to make a game. It is the seed. And the fertile soil it grows from is the imagination of the creator. I knew just that thought wasn't enough. In my head the fact that I wanted a non numbers based game meant leaving behind most of what Magic was. Instead I need to pull from some more current inspirations.

This first thing that was bumping in my head was LCD games. Particularly, Mr. Game & Watch, specifically, from Smash Bros. I was caught by the striking design of him and his levels, and how LCD games had gone the wayside but have a very novel and unique visual style

The second thing that had been rolling around in my head was Super Mario Bros. It's a classic in my mind and I had been reading some interesting articles on it. Just the viscerality of the jumping and the surreal world where you climbing giant plants that grow out of steel blocks seem like a formula, while reused many times, also ripe for a solid twist.

And there was one long last in my mind at this point. I have always been a long time fan of Looney Toons. The cartoon antics of Daffy and friends has always been a foundation for me. That slapstick world where anything can happen always seemed the perfect setting for a game. I know at that moment I had one character in particular in my mind to be the protagonist of my game. The Gremlin that haunts Bugs Bunny at the air field. This imp with a screw loose always seemed the perfect character to play.

And so taking that initial idea, playing what you summon in Magic, combined with a mash of several inspirations, and Project World 1-1 was born! You play an gremlin character getting his kicks an LCD world by heckling people with a set of spells that could be played.

Even thinking back now I do still have a little excitement for this game. I think the idea of pulling gags out of a hat to (playfully) torment people sounds fun. But the project was going to hit a few snags. Looking back there was a key element missing at this point. And that's the crazy thing about game dev. Lots of ideas are great, but you really have to work to find the right mix and make something awesome. In fact the project I had been working on before, though I finished, I probably shouldn't have. Learning when to drop a project is one of the most critical and hard to learn skills in game development. At this point I don't even know if I fully gotten it. You'll have to let me know if going with Four Realms was the right choice. 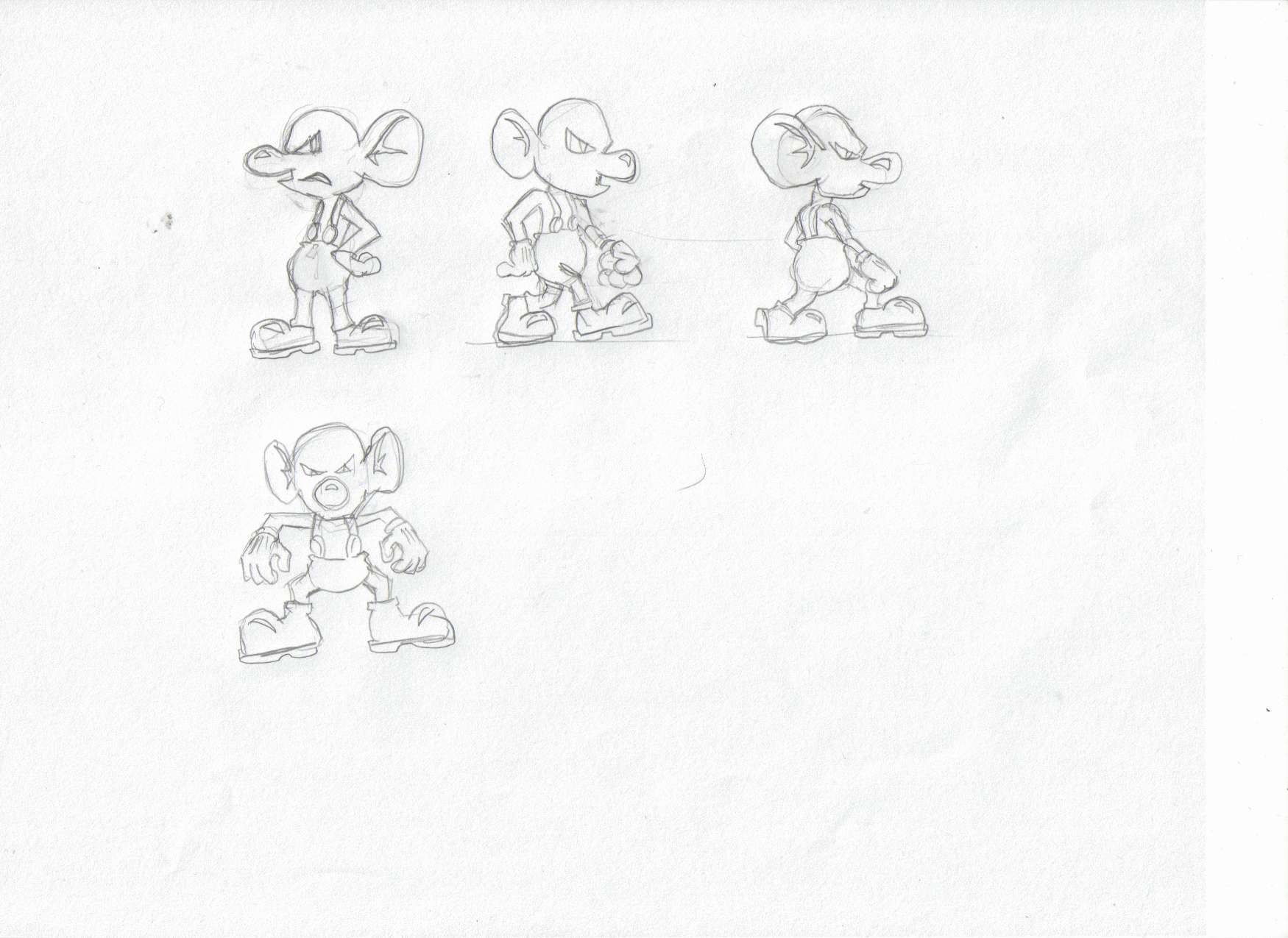 Anyway, not long into development I hit my first snag. The art. I've always been an OK artist, just lacking those 10,000 hours to really shine. But I think deciding to go with an LCD inspired look was a bad decision. Part of that style was that it seemed easy enough to emulate, it's monochromatic and very limited animation. But I struggled with the lack of depth. And getting those silhouettes to really shine seemed just out of reach.

Entering into the first month I hit snag number two, social games. This game was being developed right off the top of 2010, at this time social games were just hitting the mark. Farmville was just announcing it's success. And it seemed like a good idea to jump on the bandwagon. So, making World 1-1 a social game became part of the design. A great idea, right? Right?!

You get one new free spell a day, and you could trade spells with friends and – and – and what was the point of social games again? How do you make money off them? Oh wait, I suck at network code. Uh … 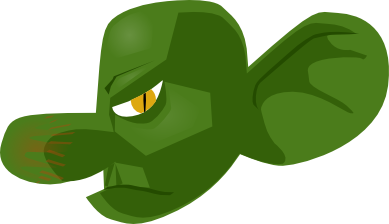 Onto problem number three. What's the goal? Sure you could get new spells and explore a vast metroidvania style world, but, why? I don't think I knew this was a problem at the time, it was obfuscated by the social games problem, but I knew something was missing. But it didn't matter. Sometime after the second month of development I had gotten a job with the lovely people at LightBox Interactive and began work on the wonderful Starhawk. And World 1-1 would be forgotten.

Wait a minute! Where's Four Realms in all this? I get the Magic: the Gathering part, but where's the animals? OK, you got me. This is the game before the game. The game that didn't make it, but the idea that stuck. Stay tuned for the second part of the story, when Four Realms really begins.