Forgotten Tale is a Tower Defense based Strategy Game. It is still in active development.

Thanks for voting and helping Forgotten Tale on it's quest to become the 2022 Indie of the Year. You are now in with a chance to score some free games. Help this game secure more votes by embedding the widget (or link) we have included below on your favorite sites.

I am glad to announce that I have just released the next milestone version of Forgotten Tale, Alpha 3 (download links at the bottom). This version contains a lot of major changes. First of all, as you can see, there is a brand new map: 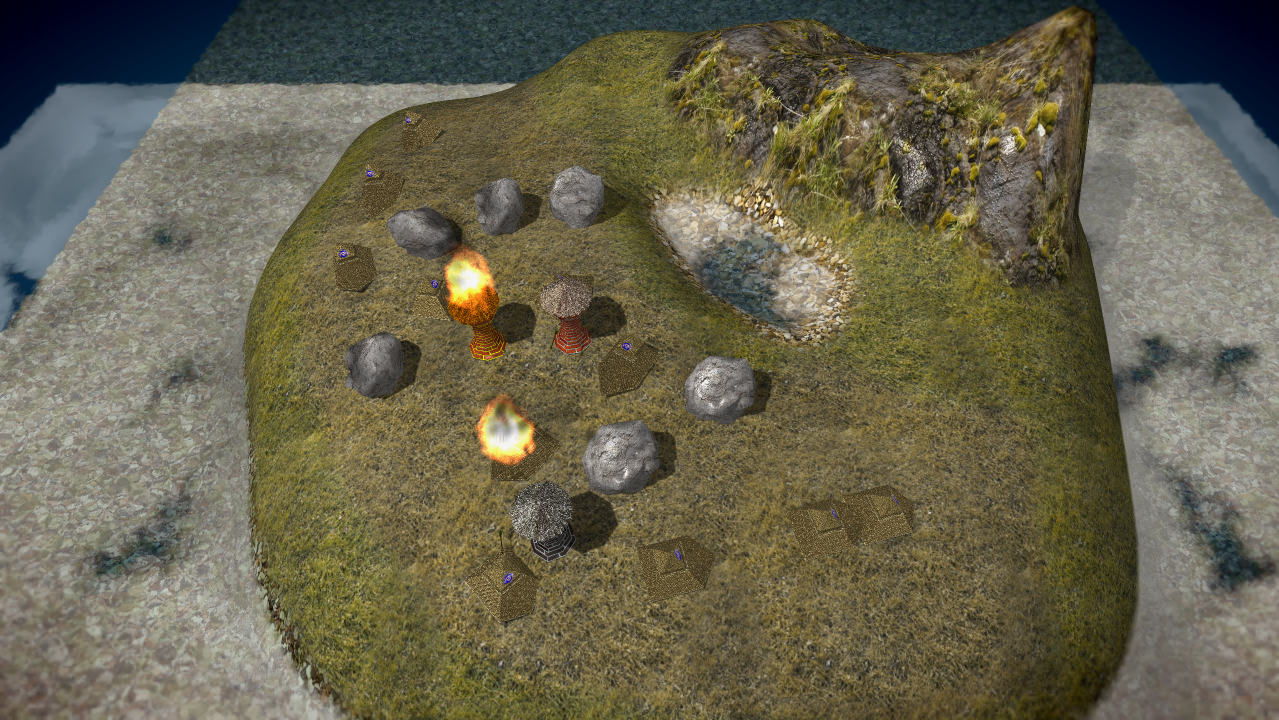 You might have noticed that this map has no specifically defined way. This is the second great new feature in Alpha 3. Now, the enemies find their own way over the map through your towers. (BTW, for all the programmers, this is done using the Dijkstra algorithm) This means, you can define it yourself, which is another way of strategy. To do this easily, there is a new so-called stone tower in this version, that does nothing but blocking the way. Here you can see the calculated way as a green line (Press F2 in the game to display it like this): 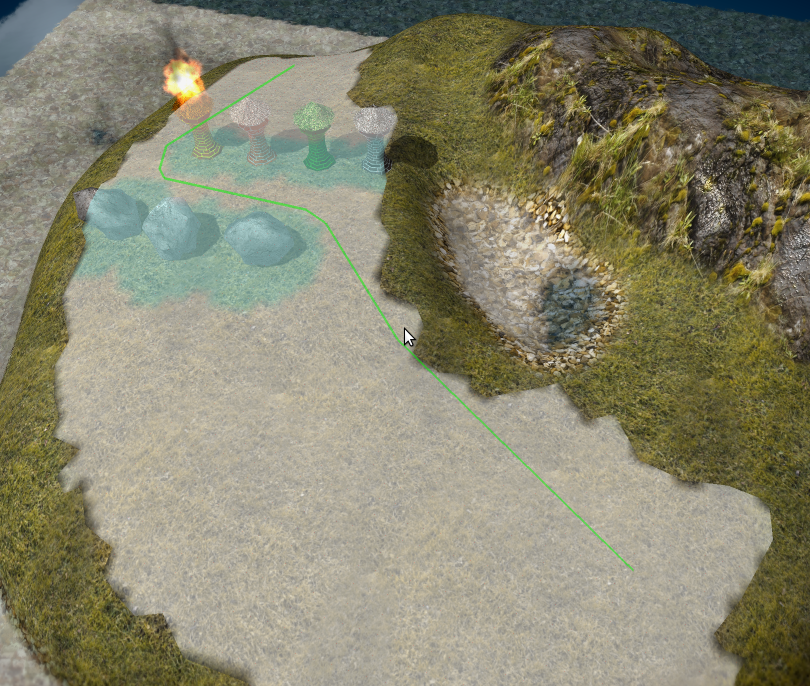 The game now also contains two music tracks playing in the background. Thanks to Christian Eckert for creating them!

I have also done some other improvements like smooth normals, better fire effects and the engine now uses IBOs/VAOs/VBOs instead of glBegin/glEnd.

If you want to try it yourself, go to the Sourceforge page and download it:
Sourceforge.net
For Mac OS users: Sorry, but there is no native OS X version, since I don't have a Mac, BUT: On my Linux machine, the Windows version also runs perfectly over wine with the same performance as the Linux version. This should be a good solution at the moment.

If you always want to recieve the latest news about the project, you can follow me on Twitter: @thestr4ng3r

In the year 2009, there was a 13 years old student (me), who wanted to develop the best and most epic Tower Defense ever. This project just got 2 years...

I am glad to announce that the second Alpha version of Forgotten Tale is finished. A long time has passed since the Alpha 1 has been released, so there...

Against the Storm Real Time Strategy