"Forgotten Forces" is a classic tile-based Dungeoncrawler with an action-timer battlesystem currently in development (release planned for 2016). Build your own party of adventurers and meet additional characters down in the mines! Interact with various NPCs and receive quests from the guild! Craft items and spells, using gems of various powers to create your very own setup of equipment! With a focus on battle and character development, Forgotten Forces will have you fight hundreds of nasty, pixel-animated creatures in a wide range of environments. Drive deep into the mysterious caverns discovered below, search for ancient artifacts, translate foreign inscriptions and solve tricky riddles to reach it's depth and discover an ancient mystery. 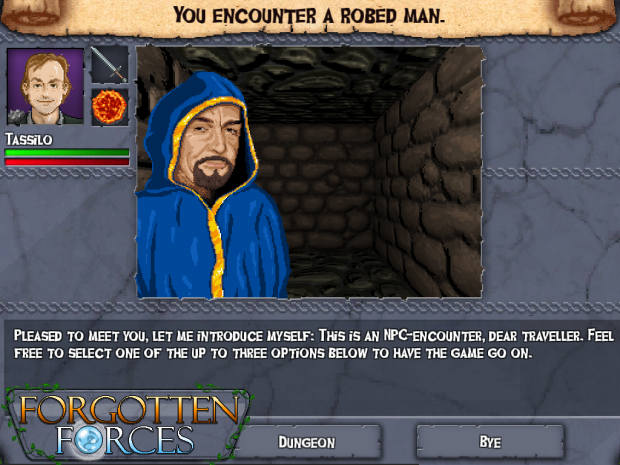