The Demo is out! This is our first official build of Foldrum of hopefully many more. There are Windows and Android versions available for download as well as a webgl version link. Check out the full description for more details.

The demo is out and I want to go over some features of it here.

There are four major things linked in the demo main menu you can access. The details menu, the single player menu, the multiplayer menu and the tutorial. 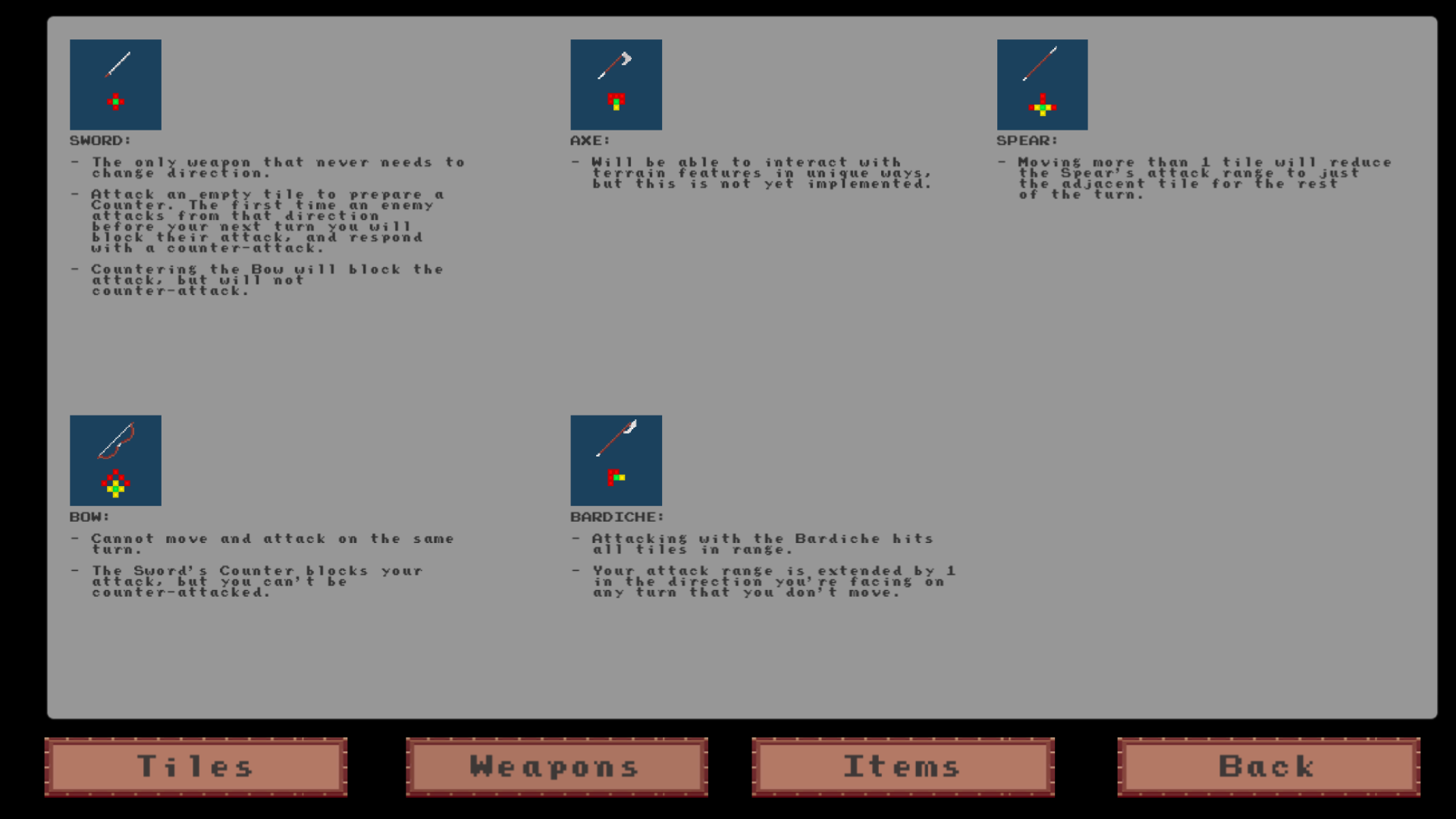 Details menu displays all of the tiles, weapons and items possible in the demo (with the exception of roads). Here you can read up on them and see what there full potential is. If you need to know what a specific weapon does or what advantages and disadvantages it has then look no further than the Details Menu. 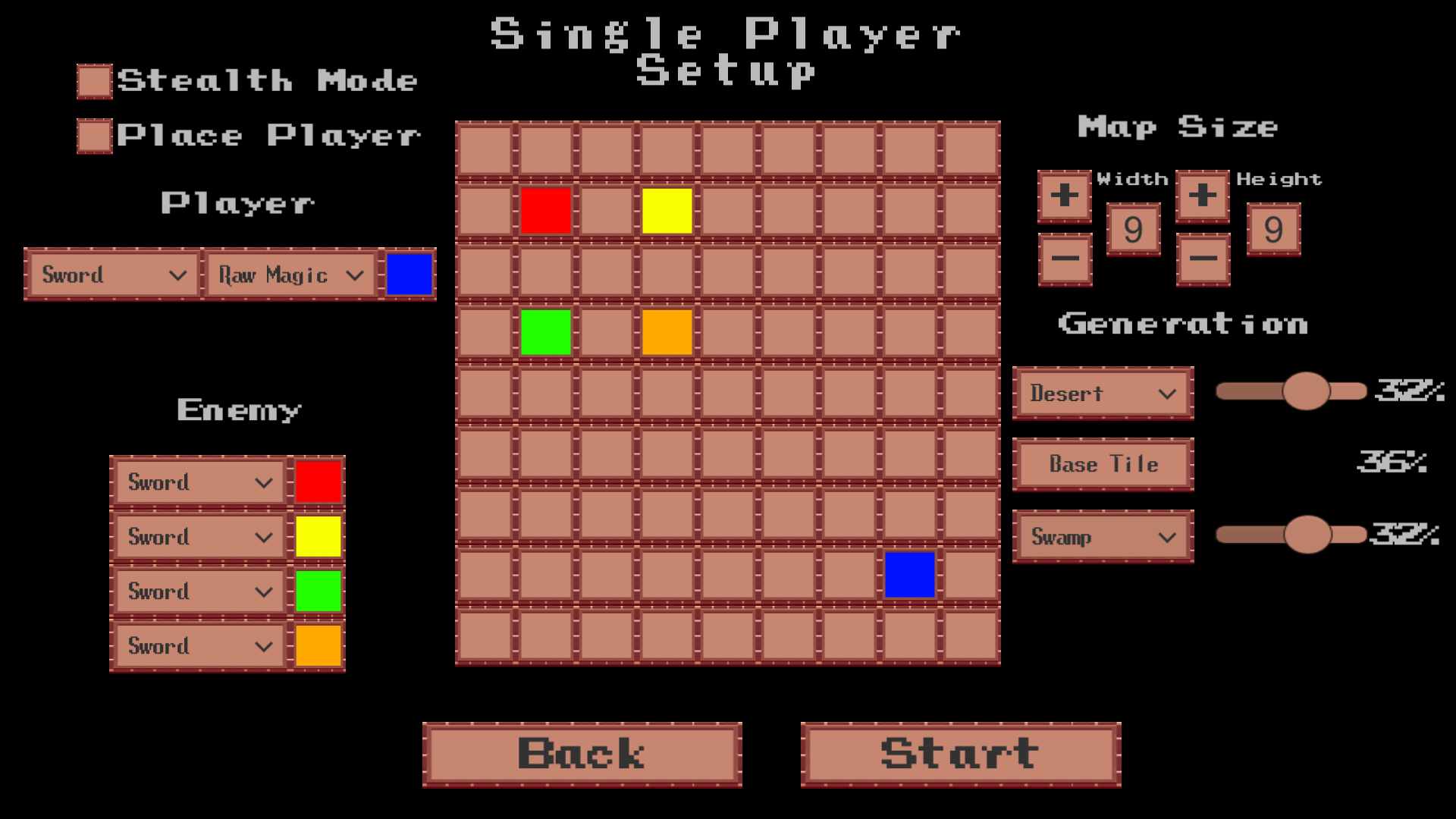 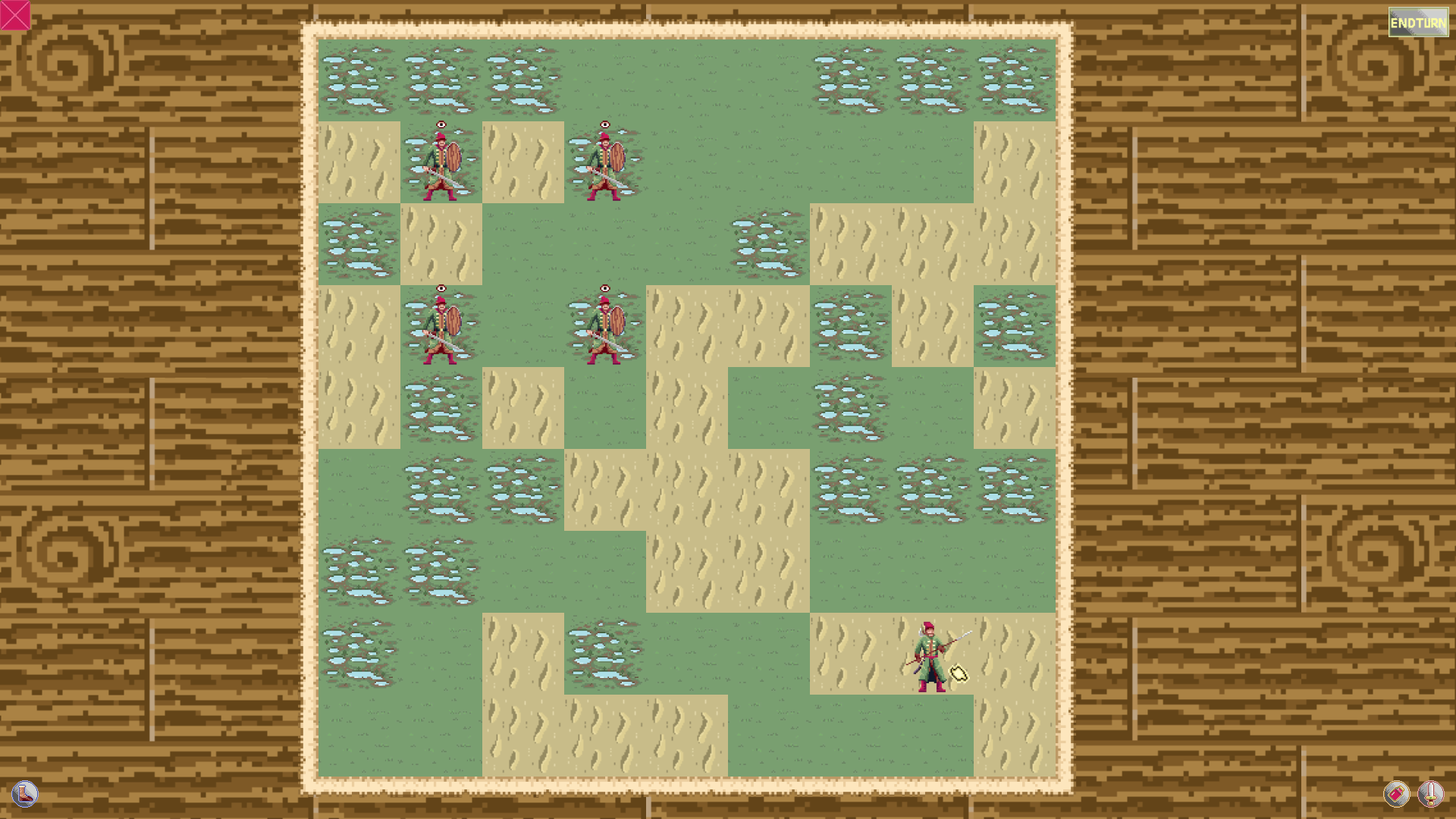 The single player menu allows you to set up a game against AI by yourself. You can select the map right away to start placing enemies but to place the player you must select the place player option in the top left.

Changing map size I think is pretty self explanatory but generation might need some explanation. In generation you have the base grassland tile as the constant middle element and two accent tiles which you choose. The higher the percentage of the accent tiles the lower chance a base tile will appear and the higher chance one of the two accent tiles will appear. Since this is a percentage chance per tile rather than percent of the board you can end up sometimes with skewed maps but in most cases it works really nicely.

Finally the stealth option in the top left starts the enemies without knowing your existence. This mode is recommended as of right now to be played with mountains on the map since if you hide behind a mountain the enemies will still not be able to see you unless they have a direct line of sight that is not blocked by a mountain. 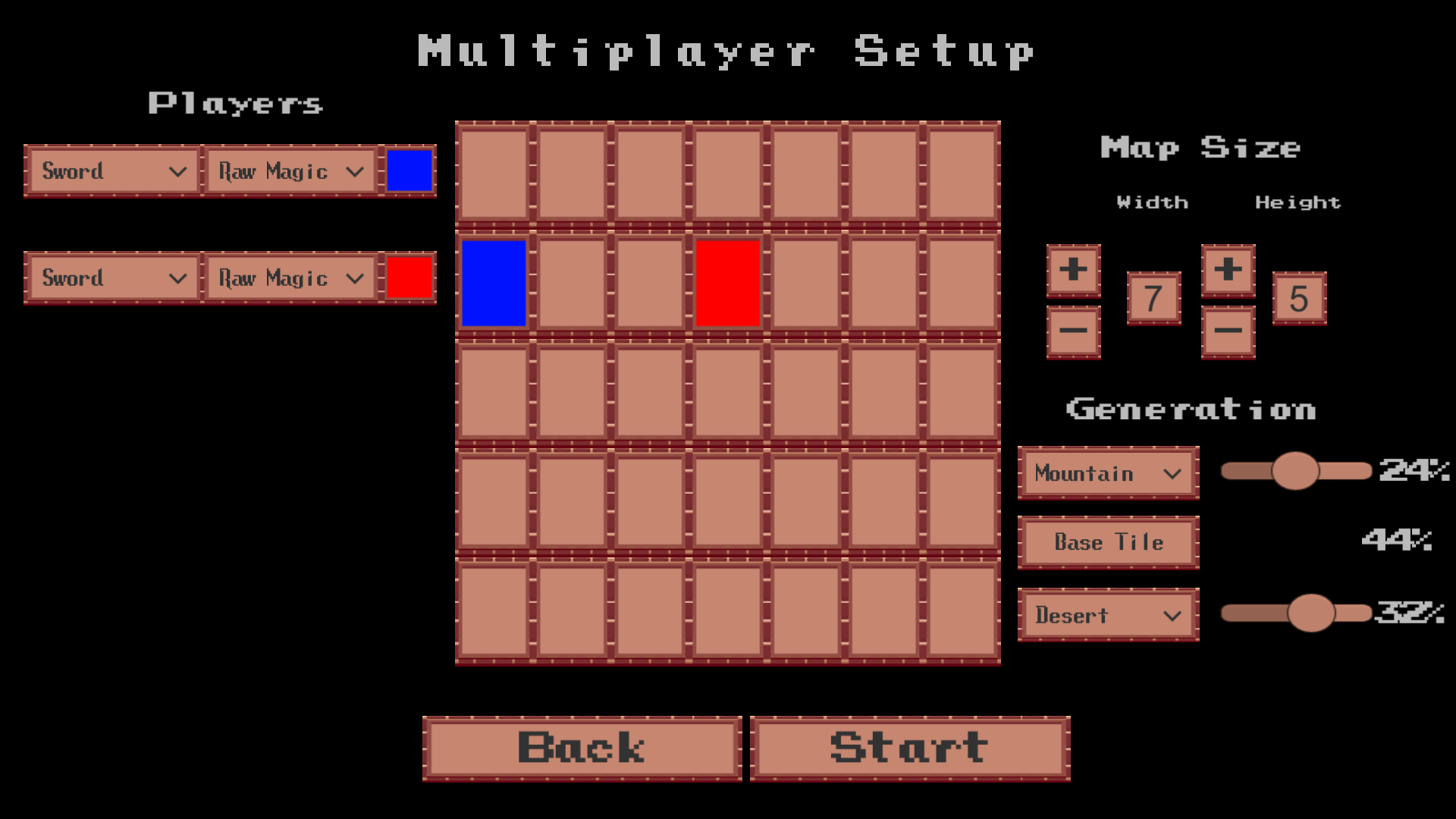 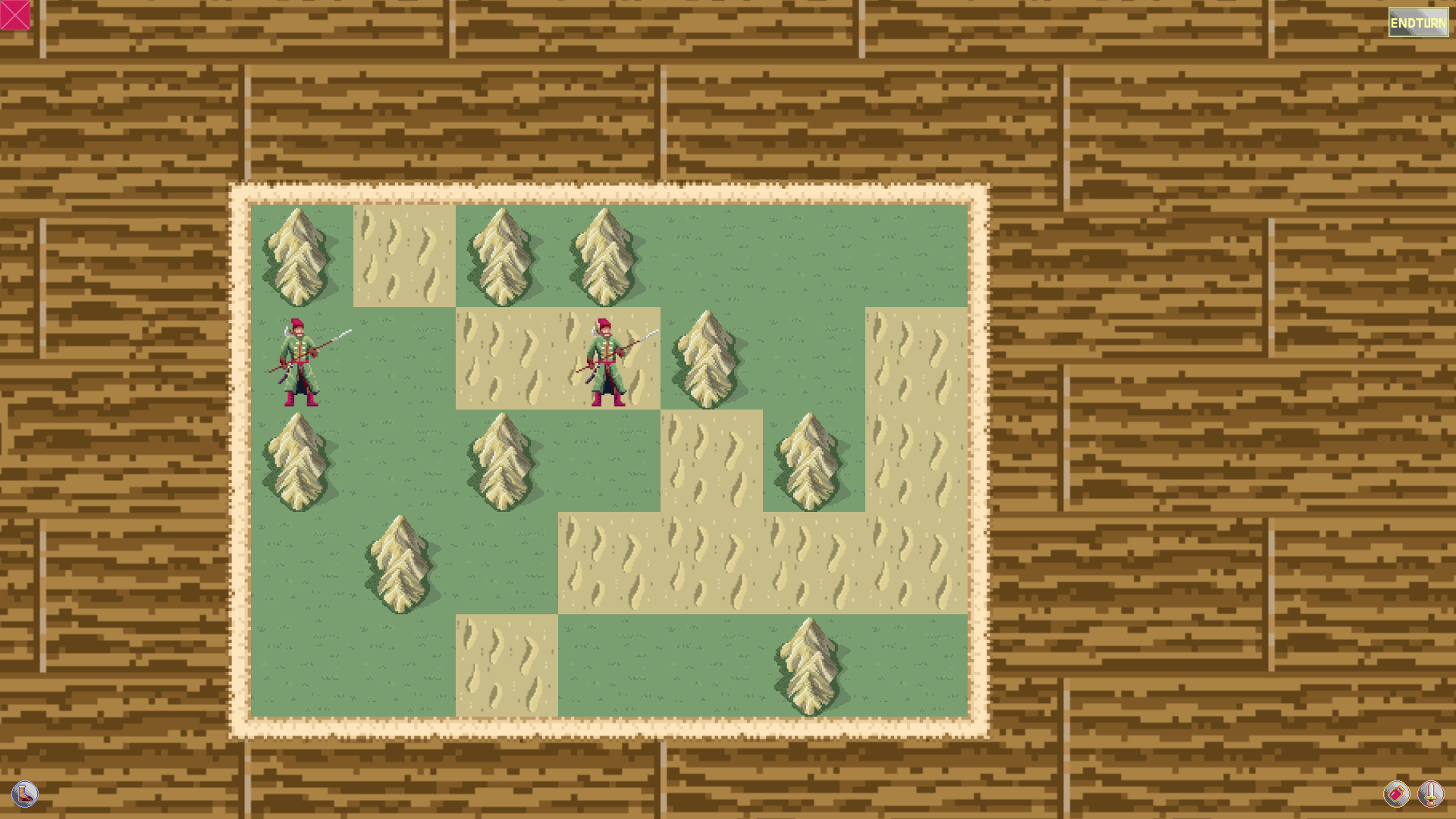 Multiplayer is similar to single player except it is player v.s. player. So there are no enemies on the map, just other players. The game works out like hot seat multiplayer. 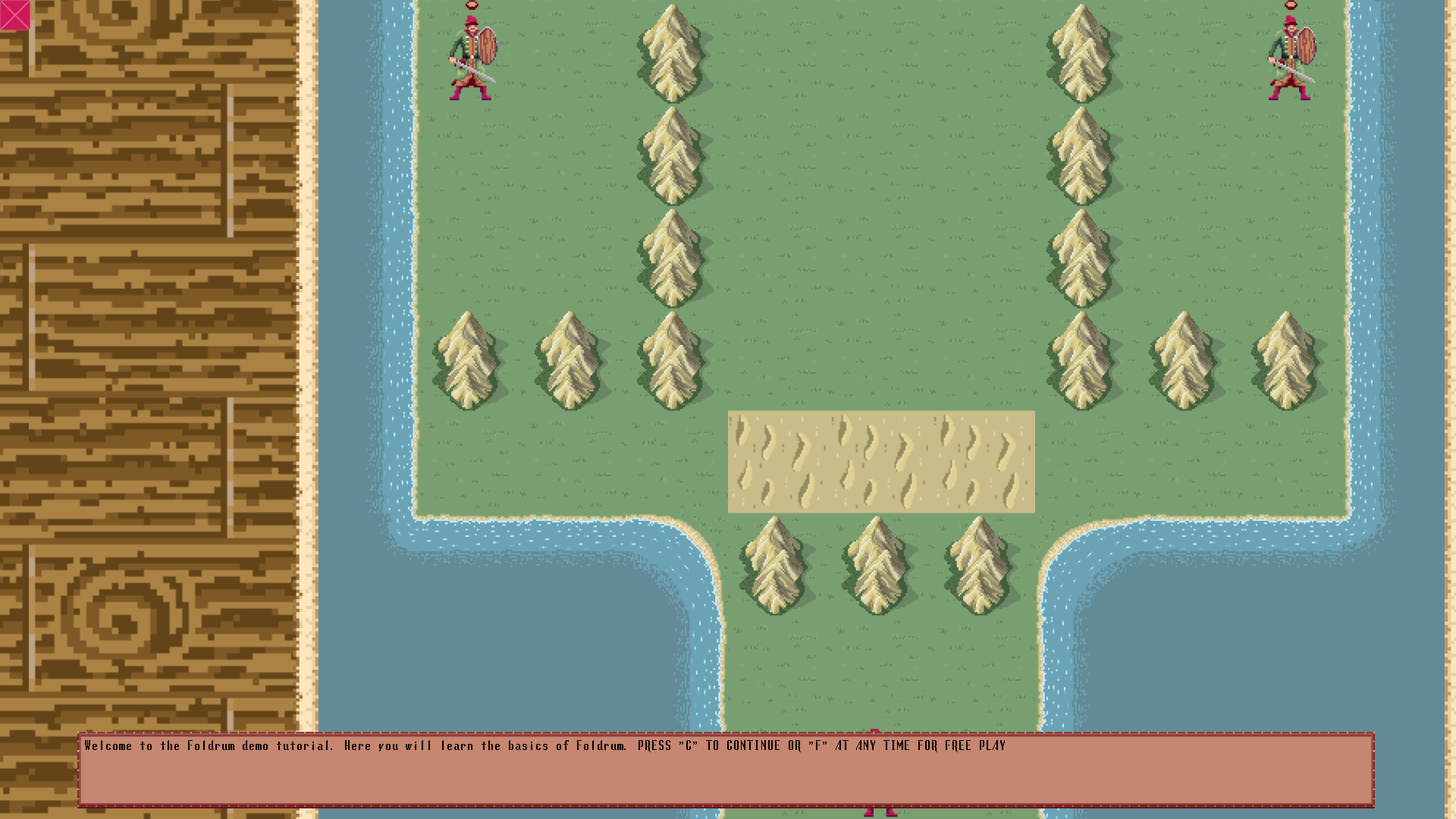 Finally there is the tutorial which is a rough guide to playing Foldrum. The text that displays should help you learn the basics of the game and understand what Foldrum is all about.

The playable demo is being released for windows and android as of right now but if your a mac user there is still hope if you read below.

Finally I want to make an announcement about our website which is now officially up and running. You can access it here and there is also a live webgl demo present on the site if you have a mac and still want to try the game.

If you have any questions about the demo or find any bugs feel free to report them in the comments section or in our forums on the new website. All the best and have fun playing Foldrum for the first time!

Final quick note if the webgl version seems to have the same issues even when I say it has been updated you need to refresh the cache, to do that you on Firefox can press ctrl + shift + r or on Chrome it's just ctrl + r. If you have another browser and think it's the same issue don't hesitate to message in the comments section and we will do our best to help you out.