Final Equinox is a turn based space combat sci-fi role playing game set in a unique and interesting Universe. The player is a newly appointed star ship admiral whose fleet encounters a new enemy in deep space. The game takes place in a complex world filled with multiple different races, in the midst of political upheaval. Rules and feel of the game hark back to the days of old school role-playing games,where combat is difficult and the game forces players into morally compromising situations.

A quick end of year update, reflecting on the year we have had. We also take a look at Arpawn one of the crew members you will meet on your journey.

I wanted to write a quick update and reflect on the year we have had at Frozen Wasteland Entertainment. Working on Final Equinox: The Arrival has been a dream for me personally. Having the ability to create a setting from scratch and fill the world with colorful characters that pay homage to the science fiction shows I have loved has been absolutely exhilarating.

We are currently hard at work trying to finish up the programming and level build outs for our demo, which we will be releasing early next year. Currently, we have been showing you a lot of our dialogue images, and are hoping to start showing the progress we made in our space combat level buildouts, as well as release a gameplay and story trailer.

A Young Warrior Broken And Battered

Arpawn is an Admiral for the rebel group, Valhin’sAlliance. He is tough, honorable, and incredibly violent, and believes without question that his cause is just. Arpawn came to Vahlin’s Alliance as at a very young age. He was the product of infidelity between one of the higher ranking Generals and a prostitute. This has hurt his reputation within the faction, but despite this, he has still risen to a rank higher than his father’s due to his overwhelming tactical prowess and strength. He is a leader who stands and fights side by side with his own soldiers.

In Final Equinox: The Arrival it is up to you to decide who will serve on your bridge, and Arpawn will surely be someone to think long and hard about. He will not be easy to communicate with, due to his overwhelming distrust of the Galactic Commonwealth, but if you choose to allow him to fight with you, he will make a strong and powerful ally. His presence on your bridge will also draw a few unsavory glances from some of your crew. 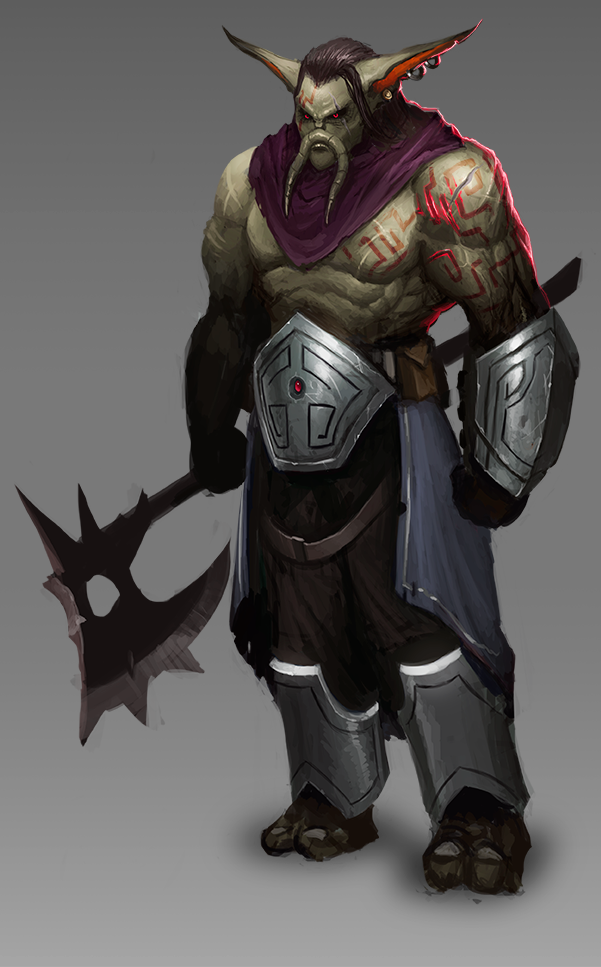 Thank you once again so much for your support this year. It has been a great year for all of us, and we have grown quite a bit as designers, artists, and programmers. Be sure to share our game with friends and follow us on our social media accounts below. Thank you once again for everything, and we hope to see you in the New Year!