Fantasy Ball is a local-multiplayer game only and requires preferably XBox controllers in order to play. 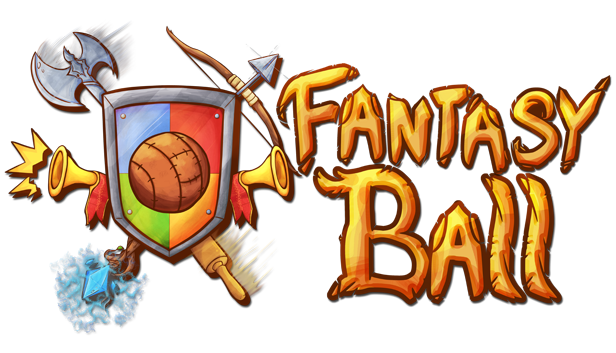 Gather your friends and play with or against them in frantic matches set in a fantasy cartoon world for up to 4 players in the same arena!

Play fantasy Characters such as the Warrior, the Mage, the Hunter and the Rogue and score as many points as possible !

4 playable characters with unique abilities.
Hunter: Shoots arrows that can strongly push what they touch.
Mage: Strongly repels everything in a small area all around him.
Warrior: Becomes heavy and attracts everything within a large radius of action around him.
Rogue: Runs very fast.

There are currently 4 Game Modes, playable in 1v1, 1v1v1, 1v2, 1v1v1v1, 1v1v2, 1v3 or 2v2
Rumble : Everyone for himself. The last player to touch the ball before it enters scores 1 point.
Regular : Solo or Team. Score in other player's goals earns 1 point. Scoring an own goal give 1 point to the other players or teams.
Revendication : Solo or Team. Claim goals and score in it. Scoring an own goal earns 3 points. Other players scoring in your goal earns you 1 point.
Defense : Solo or Team. Players are granted life points. Claim goals and prevent the ball from entering. Scoring in other player's goals earns you 1 life point. Taking a goal remove 1 life point.

To promote Fantasy Ball and grow its popularity (top games), use the embed code provided on your homepage, blog, forums and elsewhere you desire. Or try our widget.

Shootball is a fast paced online multiplayer game in which football and third person shooter merge together. Choose your avatar, hold your favorite gun...

Most zombie games give you a gun, but *real* men don't use guns. Real men run marathons and use chainsaws! Zombie Run is a game about running away from...

Gridiron takes place in the far future where many worlds now participate in the great game of football. Take control of your player and join a team of...

Cheecoting allows you to play, with a stunning 3D graphics, the summer game of the beach marbles.

The greatest landmarks of the planet fight for dominance.