Van Buren: A Fallout RPG Adventure is a remake of Interplay's canceled Fallout 3 by fans. You are the Prisoner in this - the biggest ever - Fallout game. We are using original design documents, developer interviews and forum posts as info sources. We're looking for contributors so feel free to contact us. The game will require preinstalled copies of Fallout 2 and Fallout Tactics. WARNING: This page contains SPOILERS!

Another big week is behind me! I started sifting through my 70+ GB of Fallout related stuff to see what will be used and what won't. Years of collecting FO stuff finally started to pay off. The updated includes notes on mapping, main menu, music, etc.

Another big week is behind me! I started sifting through my 70+ GB of Fallout related stuff to see what will be used and what won't. Years of collecting FO stuff finally started to pay off.

Say hello to Mr. and Mrs. Prisoner. They make a cute couple.

Jaesun generously gave us one of his dark ambient songs. The song is very creepy and will be used in 3 locations! Thank you, bro!

Tibbets' maps have been remade in the light of the new info I found from developers' forum posts.
Basic layout for Hoover Dam (15 maps), Burham Springs (4 maps), and Ouroboros (6 maps) has been finished. At the moment I'm making Boulder Dome (4 maps so far). After that I'm moving on to Dogtown which will have approximately 30 maps (wtf BIS)

I also opened some alternative accounts for those who want to follow updates through those channels.

Lastly, here's the main menu screenshot! I'm still waiting for the artist to allow us to use his image - hopefully he'll allow it.

Although the game doesn't include the Enclave the image is here because:

- It looks similar to Fallout 2 and creates a connection to the previous game(s) which featured an armored guy in the main menu. This is being made in FO2 engine after all.
- It foreshadows the disease-ridden plot of Van Buren. Nothing is safe, not even a soldier in an Advanced Power Armor.
- It looks wicked and fallouty. 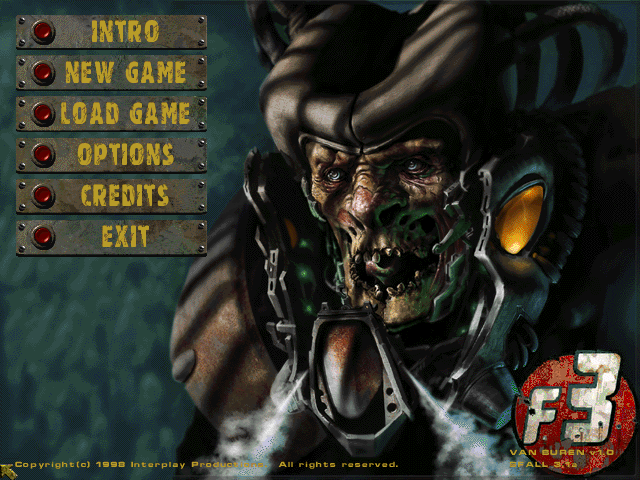 want some cheese with your whine?