Sci-fi/surreal adventure game in the biotech world. "Nano. Bio. Neuro." are the slogans of the new age. Try yourself in a strange world of living technologies, where computers can be fed and cured, spores of mutant insects are reviving your memory, gene-locks are opened by DNA-passwords, things are being born by the animal biofactories, gene modified mold is generating a virtual reality and artificial neural net epidemic is ravaging and turning people into the slaves of the mysterious Worm. But entering this brave new world will you find the exit? For the fans of biopunk, early movies of David Cronenberg, books of Stanislav Lem and Paul Di Philippo, Charles Burns' comics, Darkseed and Vangers game series. Features: * Strange biotech world; * Sci-fi puzzles; * Surreal visuals; * Humor neuroinjection; * And also built-in chloroplast displays, somatotropin claws and implanted slimeapp "Jolly Helpmate"! 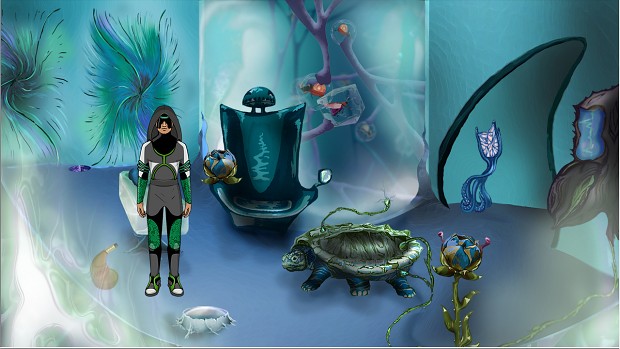