This post is an update on the status of the game's development along with an explanation for the kickstarter delay. Also, a ton of new art!

TLDR: The kickstarter for Ethereal has been delayed. Here is the story...

Kickstarter and Publishers
I was contacting a few indie publishers (not that the phrase makes much sense) about possibly getting Ethereal published. A few of them responded with interest. One really wanted to publish the game, but their cut of profits was insanely high. Then, another publisher starting talking with me. I can't name any names until everything is official which won't be for a while, but this publisher is amazing. Their cut of profits would be low and the work they do would be awesome. Unfortunately they don't fund the games they publish because they want the developer to retain complete control over the development. However, the publisher could easily make me successful on kickstarter with their name and marketing help. That is what I was so excited about the last couple months.

So, I sent the publisher a demo and they loved it. They said it was flawless and they're really excited about it. Unfortunately, they also said its not enough yet. They normally only publish games when they're atleast half-way into development. They loved the demo but with no track record for me to show, they have no way of knowing if I can keep that level of quality when the demo is really small at the moment.

They said that they want to publish the game, but they can't make any commitments yet. This means that I won't have them backing the kickstarter. I don't personally feel confident enough with what we have that a kickstarter would succeed on its own. I think the game would do well in sales and people would really enjoy it, but kickstarter projects are much better off if they have a big name behind them or they bring something really unique to the table.

Continued Development and Funding
What this means for the development of Ethereal: We will continue development as normal. The soundtrack is nearly complete, but I don't want to spoil all of it. The artist is now out of school and working full time on the game. I am continuing to work full time on the game as well. For the next 3-4 months we will be working to get atleast 3 worlds mostly done, plus the world hub (purgatory) and finish the cabin area. We'll also be working on concept art and design for the rest of the worlds. By the end of the 3-4 months we should have plenty to show. The publisher will have enough to decide whether they want to publish the game officially or not.

Best case scenario: Publisher officially publishes the game, we launch kickstarter to massive success and get plenty of funding to finish development. Do not worry yourselves though... even if the publisher says they still can't make a commitment or they don't want to publish it at all for some reason, at that point we'd have so much to show off that I can make a better trailer and better kickstarter page. I am sure that at that point even without the publisher's help, we will succeed. So, no official date or anything, but sometime in the next 4 months we should be having a kickstarter.

Can I help you in any way?
Unfortunately, what all of this means is that for the next 3-4 months we are going without the kickstarter funding I thought we'd have by now. I personally don't need a lot of money to survive at the moment, but my artist is working full time for free at the moment. Soon, he will need money to survive and I might not have it to pay him. Funding so far has been small amounts invested by family and friends. If you really, really want to help us out with a donation, shoot me an email at tomfinch@despawn.net. We'll figure something out and maybe even give you a reward for it like you would get in a kickstarter.

Sorry, if all of that bums any of your guys out. Now, to cheer you up, here is everything I'm showing off this Screenshot Saturday! 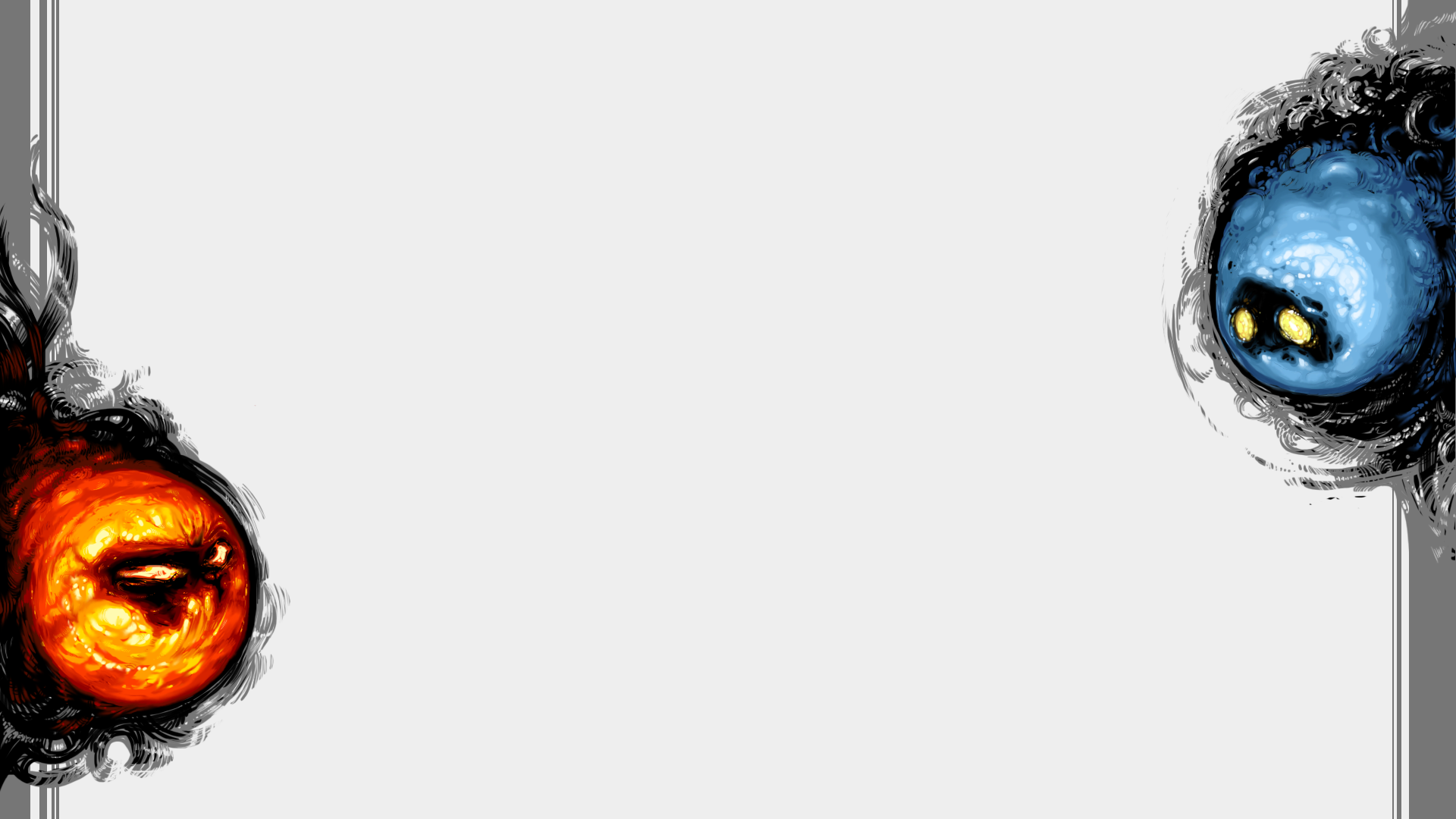 This is just something the artist put together for fun. I may be using it for the loading screens maybe overlayed on top of the normal loading screen. It doubles as a wallpaper! 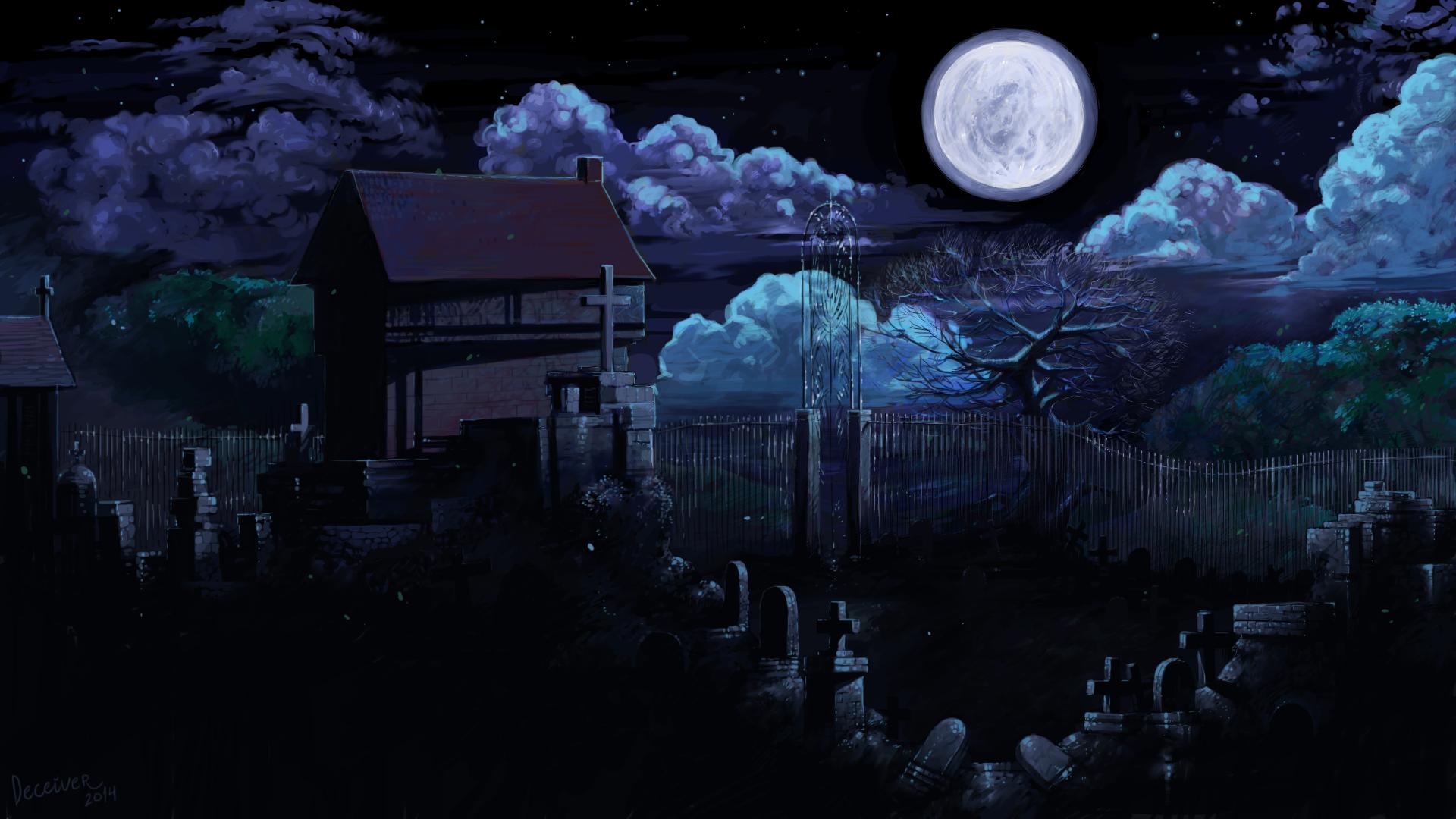 This is concept art for the cemetery memory. It also doubles as a wallpaper! I love it! 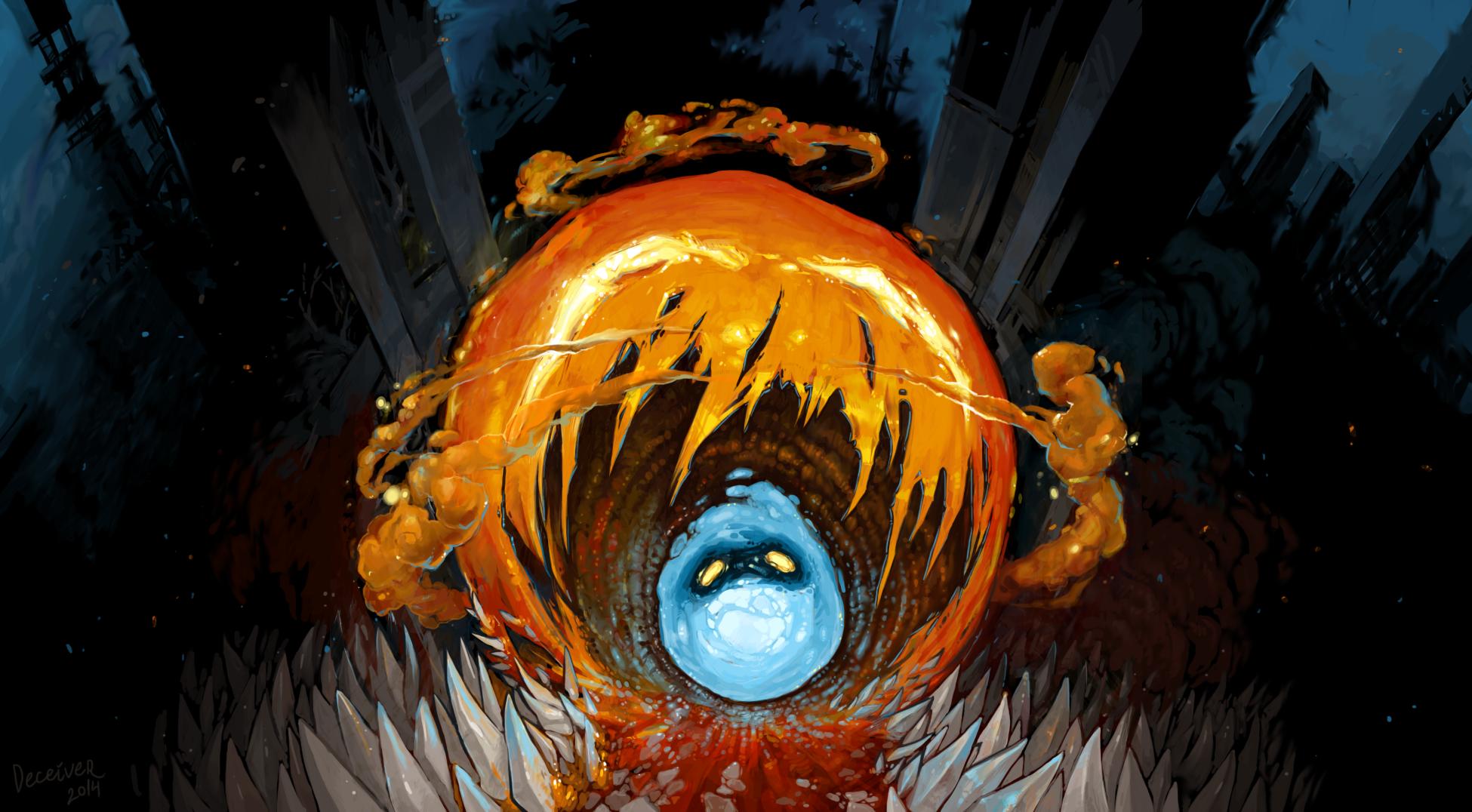 Wallpaper #5! This is also just something the artist through together for fun. 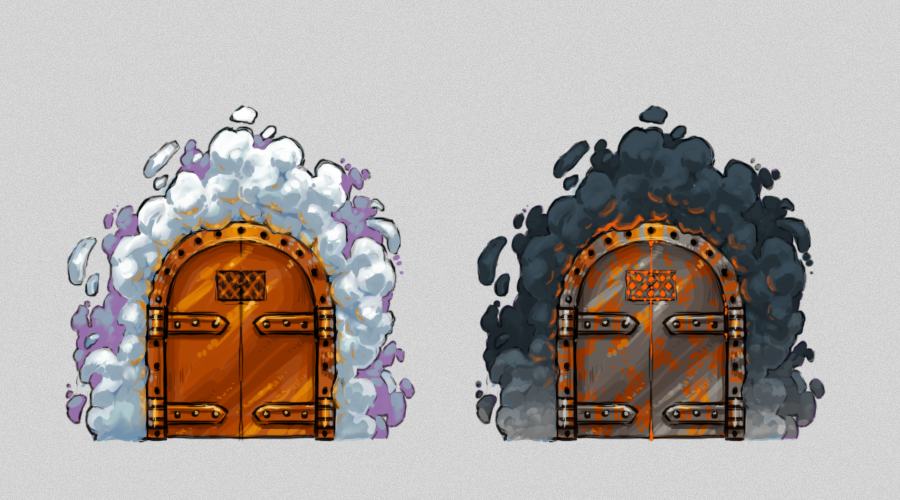 This is concept art for the doors that will lead to each memory in Purgatory. They will be dark and evil looking at first, but once you've found all the mementos from that level and reached the end of it, the door will be white and calm. 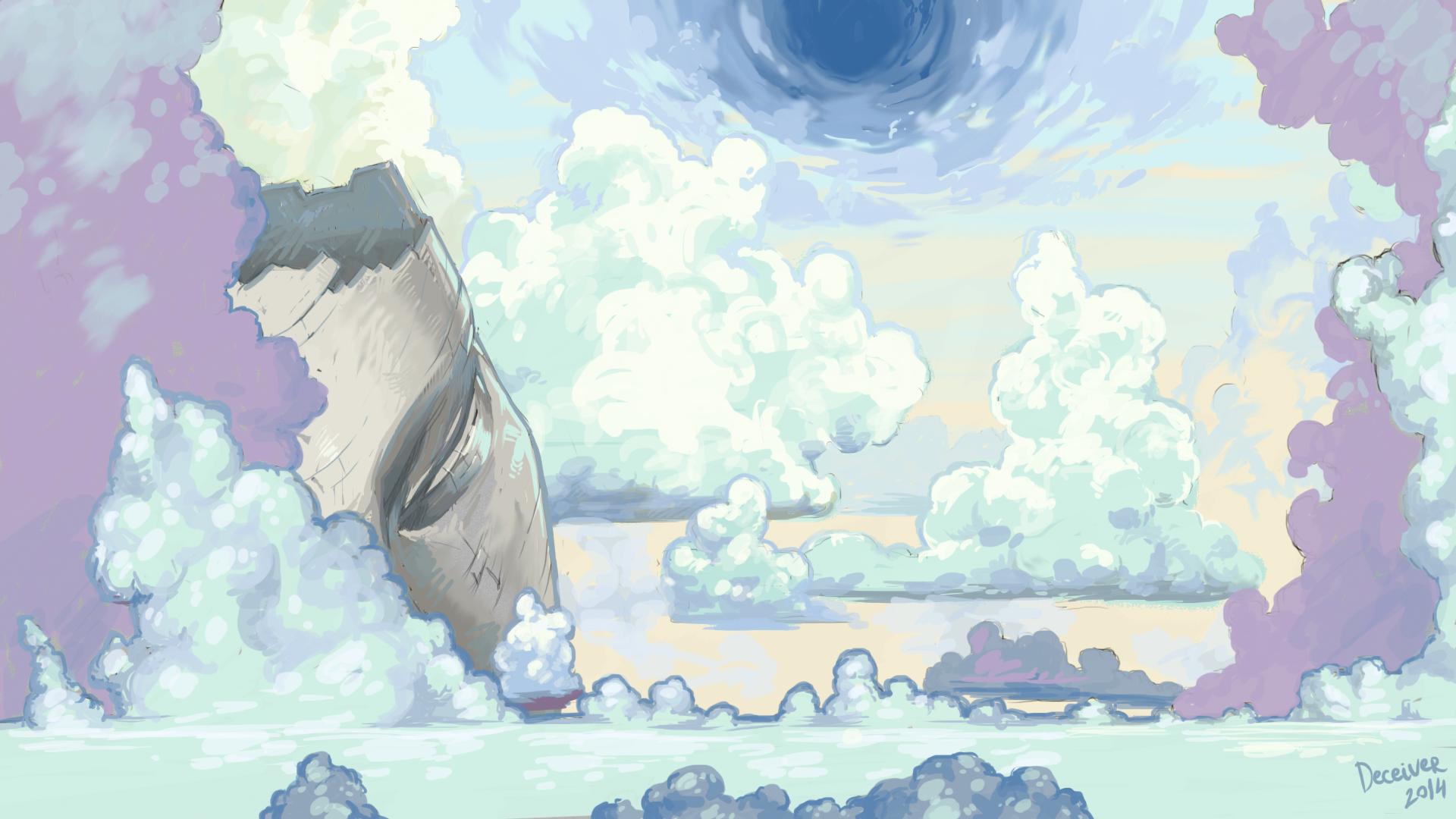 Wallpaper #6! This is concept art for Purgatory, the world hub!

the desinge is very cool

Crowdsourcing really is a tricky beast because of the ballooning it has undergone. It grew too much and there are enough flops that you really gotta be at such a higher level that you already have most of it done (which to me really defeats the purpose of crowdsourcing since it ends up funding the tail end when a majority of the work is done and not the original intention of funding from proof of concept to the end).

An alternative you may be interested in that Ed Fries mentioned to me is Angel.co . This is focused around angel investors and may work to help fund you over the next few months. I'm not quite ready for that step YET (still some major experimenting left and core details intentionally being held off ATM) but your artwork always amazes me on SSS and the great feedback on your demo is a great sign that you could get some success here. If you do give it a shot, let me know about your experience so I can get a better understanding to prepare myself for that process ~_^

Thank you NinRac! I am going to be applying for a SBA Loan very soon. If that doesn't work out, I will definitely be looking more into that website and angel investors in general. Thanks!