Catch and fuse 150 unique demons as you journey to conquer Hell itself. 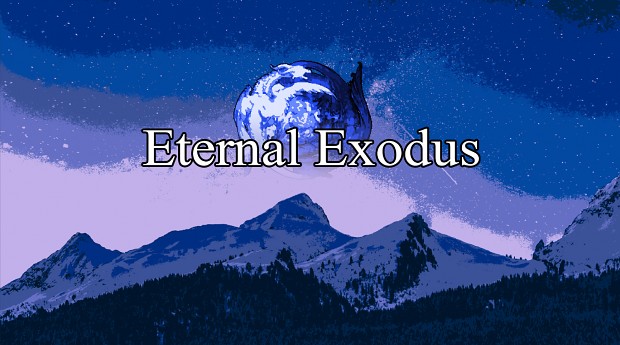 The afterlife isn't what you expected. Instead of fire and torment, you're forced into a tumultuous sea of opposing political and religious forces all competing for control.

Luckily, you have a Subjugator: a forbidden wrist-worn device that allows you to summon demons.

Heavily inspired by franchises like Shin Megami Tensei and Pokemon, Eternal Exodus has a series of mechanics that, while easy to learn, offer depth and complexity. Catch demons in the wild, and fuse them with demons in your party to create stronger species of demons.

Through skill inheritance, you can fuse demons to end up with demons who otherwise wouldn't naturally be able to learn the skills you give them. Want a Clammy that can cast Heal-All? Simply level up a Whisper to level 8 so it learns it, then fuse the Whisper with a Skullray to get a Clammy.

To promote Eternal Exodus and grow its popularity (top games), use the embed code provided on your homepage, blog, forums and elsewhere you desire. Or try our widget.

Afterparty is Episode 1 in multi-episode series of Ash.

Great CCG RPG in unique dark gothic style;) Try it if you dare)

It's ten years since the infection started. Long-established settlements are collapsing, one by one, for unknown reasons. Survivors are running to the...

"An Indonesian RPG Horror Game by A.S.A" If there's some bug in this game, please tell me in the comment section. Story: Rhenanda wakes in a room with...

It Lurks! A Noir Horror RPG

Take on the role of a hardened Private Detective in this horror themed classic-styled Role Playing Game that pits you against fearsome foes in an exciting...