Fight your way between gangs, corporations, cults, and corrupt governments in a fast-paced, top-down shooter. Located in a dystopian future not so far away, Esse Proxy will take you to the center of conflicts and intrigues of a group of rebels trying to be free.

In Esse Proxy you will advance through different levels to achieve missions, using different characters, each of them with some particularity that differentiates them, each one with a different motivation. 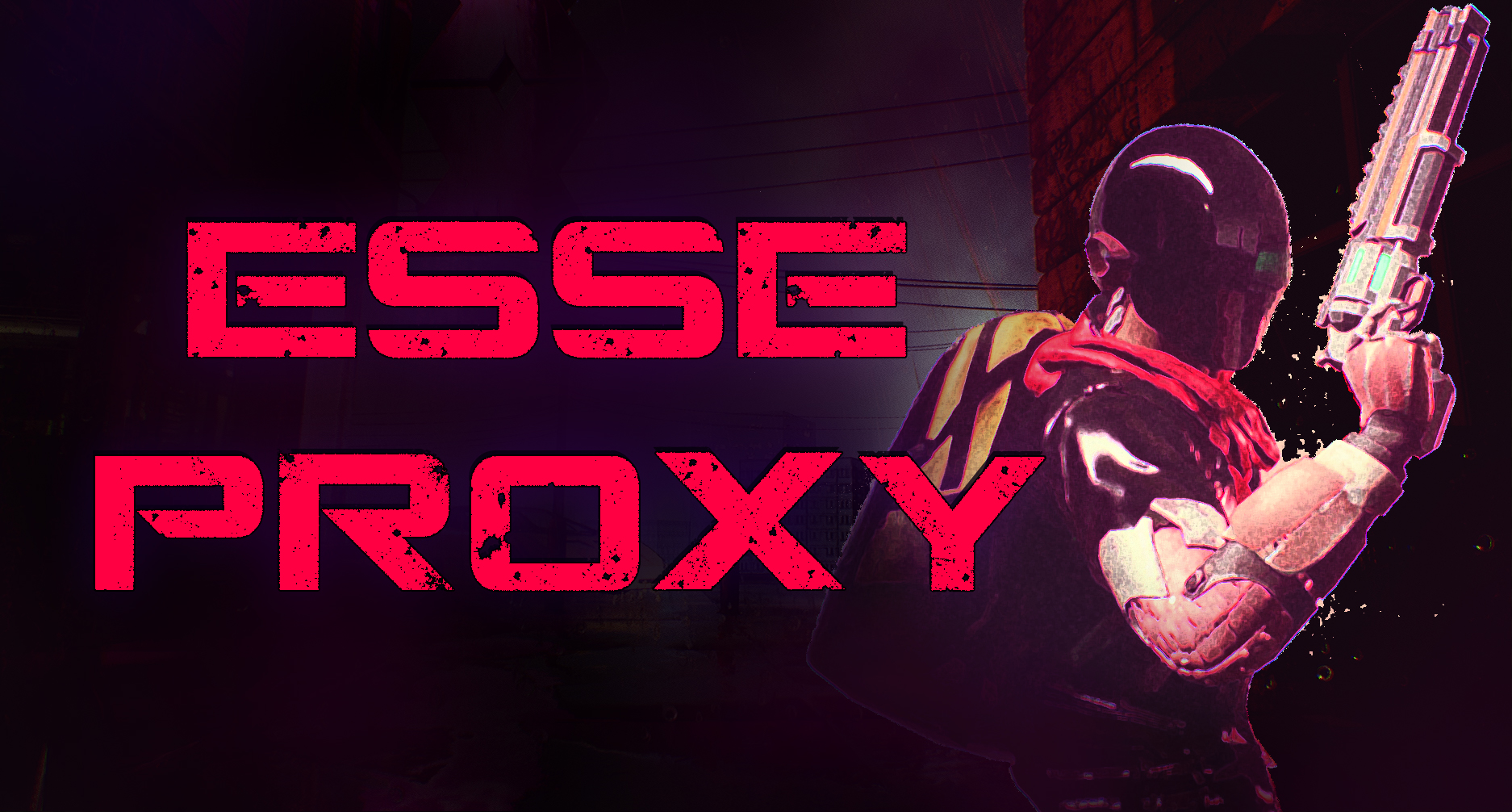 You can find new weapons to use in your missions as new characters.
The levels are handcrafted trying to keep details balanced with gameplay, finding locations such as houses and departments, drug dealer spots, car scrap yards, alleys, discos, luxurious politician’s houses, avenues, subways and many other places that can be found in the city and its surroundings.

This game has been in development for "one man team" for about a year and is expected to be released in Early Access format by the end of 2021.
It has strong inspiration in game mechanics like Hotline Miami.

This game is in alpha state, all levels and enemies can (and probably will) change in future versions.
The story and plot elements of the game are not final and may change.
Many features of the game in this alpha version are very limited in its functionality. Like:

- The stats at the end of each level.
- UI elements.
- Tutorial level.
- Others

If you play the alpha and you want to provide (good or not that good) feedback, or you want to comment on features to be addes or deleted, and basically anything about the game, you are welcome:

Also we were playing Esse Proxy alpha with Adrian Novell, Game Designer at Electronics Arts. He gave me great information and advice on some mechanics in the game.

(sadly the video is only Spanish)

Looks cool! What country is it set in and why is the world the way it is, with corporations and dystopia?

The game is not established in a particular country,
but by the nature of the characters and setting, it could be a western country.
Broadly speaking, the inflection point occurs when a group of companies, later merged, develop a technology (Esse) capable of keeping memories / conscience of a deceased person in a network called Mother, (the details of how they achieved it aren't known).

To access this tech, people must pay for the service during their lifetime, making "Dumps" (a backup) of their memories when they can afford it. So life become basically a work to pay for this kind of eternal life.

I know something like that was introduced in a new game of the same genre haha, but actually I took inspiration from a Black Mirror chapter “San Junipero”.