I've brought shader support into the game engine, so that everything should look much more vibrant!

Hello all,
It's been awhile since our last update. But I guess you've all seen that we're on Desura now! It was a huge milestone for us, and we're really happy to finally be live on a store! We really appreciate everyone who has purchased the game early and helped to keep this dream alive. Thank you so much!

Anyway, I wanted to fill you guys in on some of the work we've been doing on the game. Firstly, I have heard your cries that you want better graphics. We had some people even go so far to write they thought the game looked like it came from 1998! Okay okay, I've dug deep and learned how to write in programmable shaders. Ensign-1 now sports per pixel lighting and normal maps. We hope you like the difference! 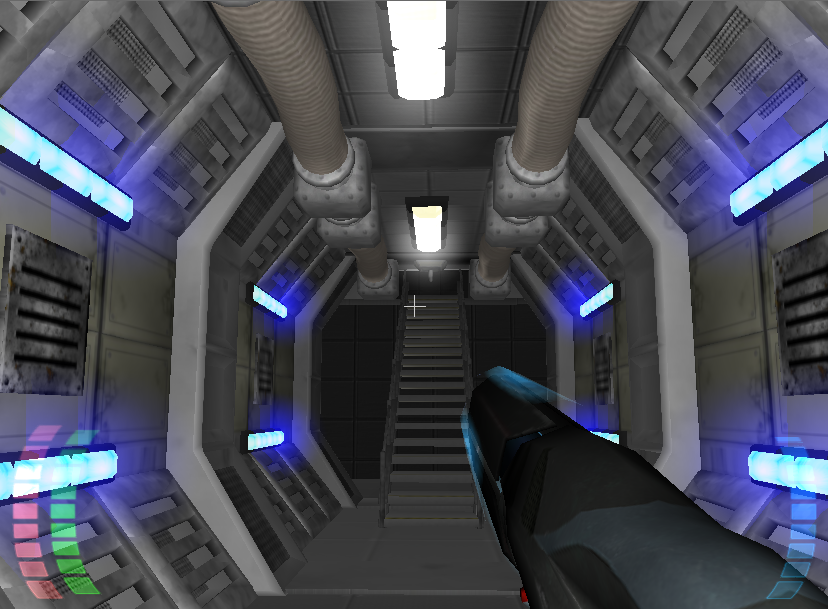 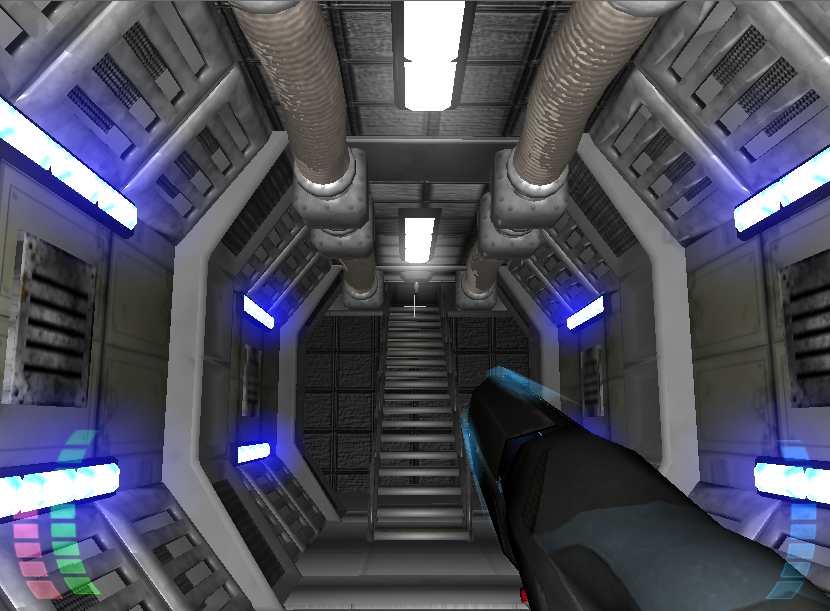 And here are some more pics just for fun! 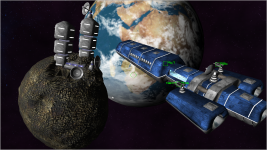 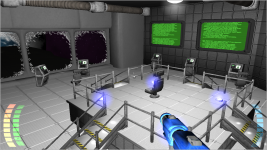 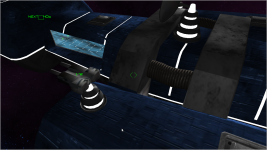 Only takes a second to say, but man it took a lot of work to get in the game, especially that bump mapping. I just want to make sure you understand how difficult that was! A patch which includes this update should be released very shortly.

In other feedback, I have heard that you guys would like mouse support added to the flight segments of the game. So don't worry that will be done...once I get around to it.

Content wise, Rustybolts has been hard at work making a variety of new ships to add into the game, which you can see here. Now these ships aren't actually in the campaign yet. The alien fighters are of course just more powerful enemies you'll meet in later levels, but the human ships will be stronger fighters which will be available for purchase as you complete missions. 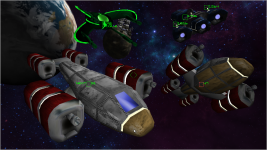 Aside from that, Rusty has had to spend the rest of his time redoing all the models to include normal maps, so we don't have any new missions for you just yet, but I can tease a little bit of what we're planning. The next mission we're going to have will hopefully bring you something reminiscent of Descent or Forsaken! That's right!, we're hoping to have some cool space corridors to fly your 6dof ship around in. I also don't know if you've seen Titan A.E.? With that scene near the end that takes place in the ice crystal field, but we're hoping to bring you a mission kind of reminiscent of that as well.

Anyway, that's all I've got for now, please enjoy our first ever Let's Play of the game done by the extremely cool commentator 89nephilim!

I'm not gonna lie man, when I first saw this project I thought it was complete ****. You have really polished up something that's starting to look like a respectable and original game. Good work.

Glad we could convert you ;)

Aww, I never got my desura invite :(

Send me your name and email address you used as a supporter to onionman77@onlyhuman-studios.com and I'll get you sorted.

So you did, very sorry about that!

No problem, thank you!
I'm digging this like I did Colony Wars so very long ago.

Colony Wars is one of my favorites, what a good space game! You can keep your Freespace, I'll take Colony Wars!

Uv-ing isn't your artist's favorite task, I can tell from the texture stretching. Also, why would a window in space be blue? Since it's reflecting most of the light, it would certainly be rather black than blue.

So it's nice that some stuff is working already, but the design of this game is still a bit off and uninspired. I suggest making some iterative designs based on the ones you have and try to come up with something a little more detailed and refined. For examples - you probably want to move those engines and blasters on the ship (at least the rear ones) to change direction. So let your artist think about how the engines could be attached to the rest. Only when they have a clear understanding what every piece and bolt of the ship will look like, it will make sense and enhance its believability as a space vessel. Lot more work required on the concept side, but understandable you may not have the ressources available, right now.

aaaaaaaah that youtube video... that sold it, I'm getting this game asap. Wish I had the skills to help out developing it with you.

Well, I saw the potential right from the start. Glad to see you are living up to my expectations. Excellent job so far!

The models are better, but half of the materials still look like glorified plastic and clay. /:
Might want to work on tuning em to be a bit more shiny, or something. The bump-maps and normals are a major improvement, but you still have a long way to go before the average consumer looks at your game and says, "Oh wow, that looks awesome!"

One of the nice things about being a 2-man team is that we don't have to please everyone to survive. We're quite happy with just the kind people that appreciate our game for the unique aspect of being able to board other fighters and starships.

That aside, thanks for the feedback.

Indeed, that's why this game sounds so fun and promising to me. It has come a long way in a fairly short time.