Status: early Beta 0.7.5 Enamel is a 2D Action-RPG game with a dark atmosphere. Three different lands with secrets to explore. Perks, attributes, skills, crafting system and twelve types of weaponry - each with special attacks and the possibility of adding modifications. Recommended System Requirements* OS: Microsoft Windows XP/Vista/7 Graphic: Direct X9 compatible graphics card (512 MB) Memory: 2 GB HardDrive: 400 MB Additional: Requires a monitor that supports a 1280X720 @ 60hrz resolution *This requirements are from the beta version and they could change in the future

Long time we have not written anything for you and for those who wonder what happened, here's an explanation ...

We wanted to make Enamel, using only our limited resources. For us, that stage of our activity was mainly the stage of intense learning, polishing our skills and establishing our own style. It happened so that when we were working on Enamel, we had a new and irresistible idea. So we began to work on both projects simultaneously, even though we have never announced it for you.

However, it was too difficult for us. Two projects at the same time weaken us mentally and financially. Finally, we decided that the first game we want to finish is The Last Cargo. This is who we are - we don’t enforce anything. 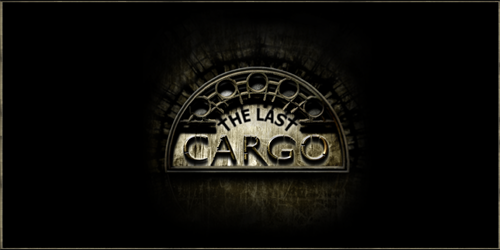 We have also started Indiegogo campaign, and as difficult as it is for us, we must state that failure on Indiegogo will mean not only the end of The Last Cargo, but also the end of our business as well. We have been postponing this campaign for a long time, but unfortunately our financial situation has now become critical.

Even if the campaign will fail, we will try to finish Enamel with respect to all the people who bought our game - but it may take some time. And if Indiegogo will be successful, then after we finish The Last Cargo, we go back and finish Enamel. With a lot of technical changes that we have learned now.

If you curious about our new project, here you can find out more (CLICK!)

Holiday break, next patch date and other stuff ...

Finally has come - here are the changes in version 0.7.5.

We can now officially say that Enamel is finally on Desura alphafunding!

What the minimum requirements?

I just bought it ,and I must say that I really love the art style, can't wait to play the full game.
the jumping animation look kind of strange though.

But... because there is a "BUT"...
"Still in (early) Beta - the current version of the game does not contain any content plot and not all of the features are enabled.". For me, that's nearly the definition of an Alpha version. "...not contain any content plot..." ?! It's voluntary ?
5 euros for this version, it's a little short. I understand the way of creation for this kind of game. No problem. But...
Except a certain good trailer, there is no a big explanation about the featurings.
Have you finished to define the story and its end ?
And what contents in the future ?...
The gameplay is a little slow. But i think, Beta will know how to correct all these.
You have my track. We see.

MMMmm... Fallout, Swapper and others, all mixed... If u think about a Multiplayer Mode, this will be great... I wait for this...