Elva the Eco Dragon, learning to save the world while playing.

"Elva, the Eco Dragon" is a 3D action-adventure game in third person with Elva, a little dragon who has come to Earth to help us learn how we can protect our wonderful planet.

To do this, Elva aims to help you in different scenarios, and with different challenges, which accumulate and become more complex as you complete the different levels of the game. At first we will start by cleaning up the waste that has been scattered on the ground, or sometimes, that is flying through the air in small balloons.

Many more things, and more to come.

But gradually we will be asked to do more. For example, the first objects will be automatically directed to a ship, or a plane, to be taken to a recycling plant.

However, later on other objects will be found to be recycled. You'll need to transport those items to a recycling center, and choose the right container for the waste to be processed properly.

Other tasks will consist of planting trees in different areas. To do this, you will have to capture the "tree powerup". With them you will be able to create trees and plant them wherever you want. Also by planting these trees you will be able to obtain paper, which you will then use to change the plastic bags for paper ones, which will be a source of joy for the passers-by.

And many more things that will be seen throughout the different levels of the game. For example, you can even, in the advanced levels, clean the seas and see how life flourishes. You can clean up the debris floating in space around the Earth. And even travel to the future and clean up the moon before it gets too dirty.

All this and much more is "Elva the Eco Dragon".

Help Elva in her dream of cleaning up the whole planet. Because we still have a chance to win. In the game, and in our lives. Thank you.

Elva the Eco Dragon 2.25 arrives to the Earth

The controls of the first two versions of Elva the Eco Dragon had a problem that was inserted just before releasing the game. This made the character difficult to control in some cases. We repaired that problem long ago, but we have been working to improve the control since then, so players can have the best experience.

We have also added lots of enhancements, many of them are suggested by the people playing the game. Others have been suggested by Nintendo, and from here we want the thank all of them for the opportunity to improve the game. 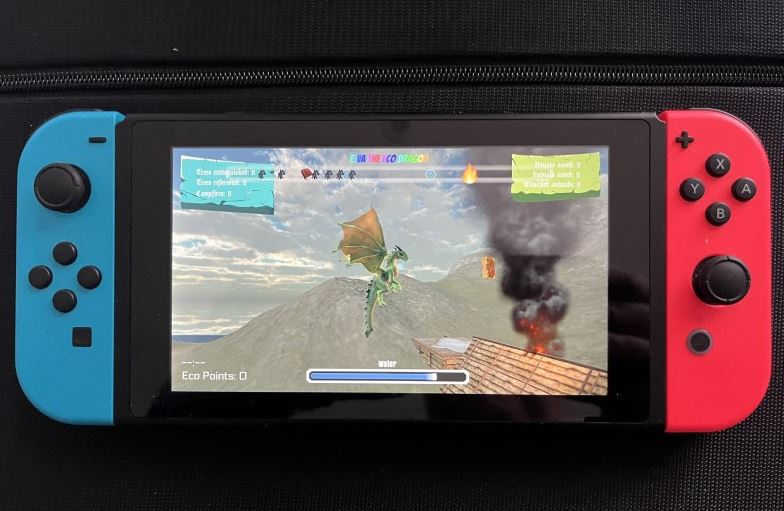 The new version 2.25 has arrived to Nintendo Switch, Xbox & Steam. This version has the last updates to controllers, and many little changes that makes the game more comfortable to play, and better new textures for Nintendo Switch. We have improved the resolution without putting in danger the frames, because we think frames are critical for the best experience while playing.

The game is now on sale at the Nintendo Switch eShop, and we are controlling the responses to the news channel we have opened to the game. Thank you to those who are responding with a Great: 93.8% in Japan, 94.7% in America (USA, CA, MX) and 73.7% in Europe. 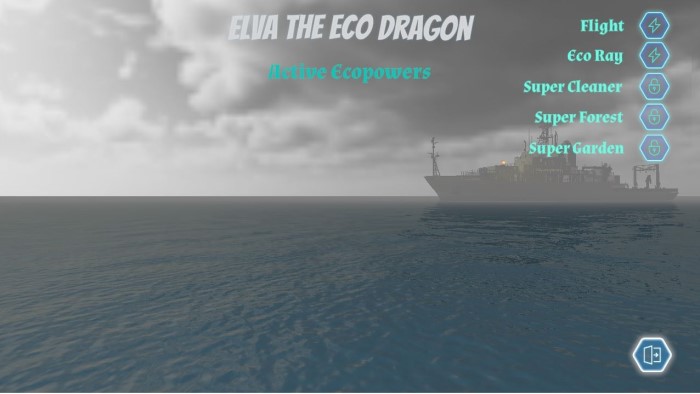 We're working in a new educational game for Steam, Xbox and Nintendo Switch with chemistry as the main element, but this will be for all the ages, with lots of action, lasers, explosions... We'll open the Steam page soon.For now, thank you for being there, and enjoy Elva the Eco Dragon while enjoying saving the planet.

Elva the Eco Dragon patched and on sale

Elva the Eco Dragon has been patched to solve some common problems that were present in the game, especially the control that now is more fluent, and...

Elva the Eco Dragon is now available for Nintendo Switch. This is a much improved version of the original game, which contains a new scenario: "Climate...

Elva the Eco dragon now on pre-sale for Nintendo Switch

Elva the Eco Dragon is on pre-sale for the Nintendo Switch with a 15% discount. After many changes and improvements, the game has been adapted to the...

Addressables is the name that Unity has given to a fairly new way of managing memory. With this new feature we can do two important things: manage the...

can i play as a male dragon? i don't identify with the female dragon, sorry. maybe when you add male gender option for gameplay.

Sorry to hear that. We had to choose between dos options: male or female, because the name is Elva and Elva is mainly a female name and we think that feature doesn't change the nature and objective of the game. Regards.

Richard, what happened to game be removed from Steam? Now how can i get the game to Windows, please?

Another thing is that we'll inform here about all these news very soon.

Hello and sorry for the inconvenience. The game is being overhauled and is almost ready to be released on iOS (September third week) and Nintendo Switch (September second week, Nintendo has given us their approval already). After that we'll increase the visual quality of the game to be implemented on Steam. We hope to update the game in October with all the new features. So the game will be on Steam don't worry about that and thank you for your interest.

Thanks for the answer.