In the abnormal land known only as DFW Texas, strange and exciting things occur on an almost daily basis, that is unless you live there and are used to it. Mark Goodrich, a junior in high school, tries to find excitement in his life yet continuously fails to do so, instead having to deal with the everyday bores such as being resurrected from the dead, preventing a nuclear launch at school, fighting along side robot maids from the Soviet Union, and go up against one of the most dangerous weapons ever created: a carboard box. Join him and his group of friends as they survive their boring high school life while looking for excitement.

Thanks for voting and helping Dying With Thyself on it's quest to become the 2021 Indie of the Year. You are now in with a chance to score some free games. Help this game secure more votes by embedding the widget (or link) we have included below on your favorite sites.

The full version of "Dying With Thyself" available for download. 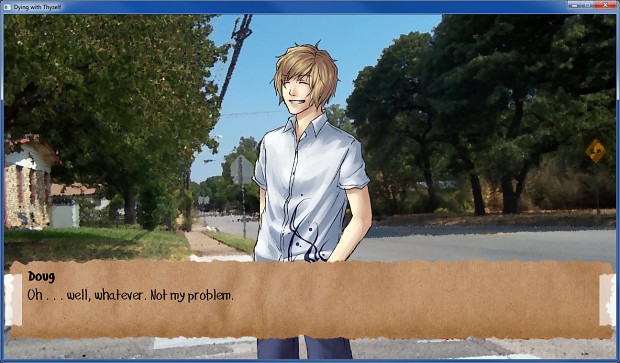