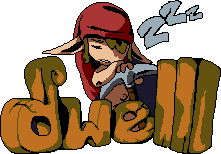 What is Dwell?
A cross between creativity, horror, and adventure, Dwell aims to be an ORPG like no other. Settle, create a village, and defend your friends from the horrible creatures who lurk in the forests. You can change the landscape, farm, or hunt in order to survive the conditions-- it's all up to you.

How can I play?
Dwell is currently in its closed Alpha 2.0 stage.This means that the game is unavailable to the public besides a few occasional testers. We'll allow applications soon.

What features are planned?
-An ever-changing world shaped purely by the players
-Villages created and governed by the players themselves
-Basic jobs, like farming, mining, fishing, woodworking, cloth working, and cooking
-Advanced building, allowing you to make a personalized home for your needs and profession
-A simplified stats system, reducing grind and improving players' experiences
-Skill-based combat (no more button bashing or complex combat systems!)
-Diplomacy amongst villages and villagers
-Children and Family NPCs (spawned based on your stats and living conditions)
-Pets and farm animals

What platforms will Dwell be available on?
At the moment, Dwell is only available on Windows (XP, Vista, Win7, and Win8 successfully tested). After our early testing phases, we aim to have a solid build out for everyone to enjoy, including those on MacOS and Linux. Please be patient-- we want everyone to play ASAP! 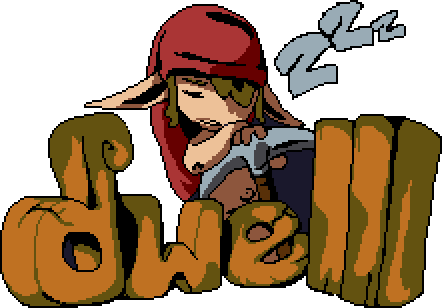 This past month has been really hectic. We’ve made a ton of progress, and are moving closer to finishing all the core systems in Dwell. Looking towards the future, we can definitely start letting preorderers on to test early fall at best, late fall at worst.

- Added timed objects (will be used for siege or event-based objects)
- Fixed almost all lag issues with collision
- Planned a fully featured mob AI system, complete with animal aggression levels and a food chain
- Radial menus for object interaction and actions
- Footstep graphics for animals and players walking on sand/snow
- Personal claims
- Village claims
- Buffs and buff contamination (if you contract a disease and walk near another animal/player, you can spread it)
- Inventory bubbles allowing you to see the insides of container objects (chests, ovens, etc)
- Worker objects that modify input items (bonfire for cooking, anvil, oven, tanning racks, etc)
- Traps which can lower health, apply a debuff, or kill you or an animal when walked on
- Sign posts that you can write messages on

Michael and I have also been working on the graphics for the game and will start adding new content and items in our own personalized editor this week. 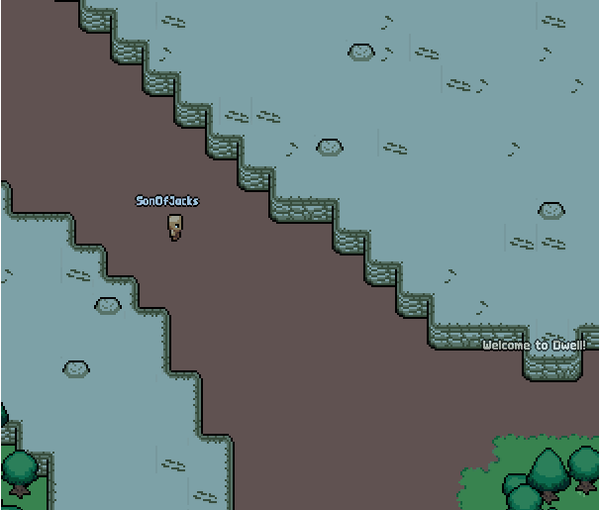 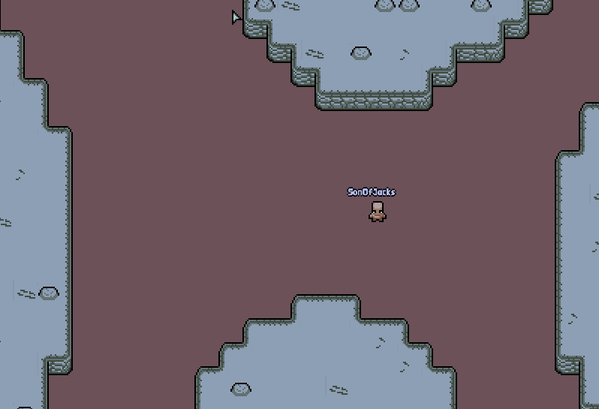 All the balancing and tweaking will be worked on with the help of preorderers– we can’t wait to see how badly diseases will be abused :)

Since we've redone the game in C#, we decided to redo some of the graphics to be more cute! Here are what the new sprites look like!

Help us fund the game!

You'll be able to build your own house, farm your own crops, and build your empire a month ealy! Help us alpha fund the game!

We got interviewed by a Twitch'er and Youtuber! We explain player buildings, villages, and extensive gameplay!

I tracked as soon as I saw the artstyle. I love the simple details in each tile. The UI is easy on the eyes. Would definitely love to play this game once it's out. Looks and sounds like a lot of fun.

When is the early access available (roughly)? I want to pledge some money via the founder pack, but won't have any until next month. It's a lot of money to me and I don't want to pledge, get early access 2 days before the public release on steam.

I appreciate if you can't answer this but would be nice to know to get rid of my hesitation.

We're going to announce a release date VERY soon. Needless to say, you're going to get access a good month-ish before the other preorderers if you buy the Founder's Pack, and 2 months before Early Access.

The best reason to preorder isn't to play the game this early, but rather to have a very solid impact on the development. Every piece of feedback you give will help us a LOT. You'll also be able to play with our other Founder's pack owners.

Thanks for the information - I most certainly will pledge, Jackard was a good member of the Haven and hearth community, which is where I originally saw your advertisement for Dwell. Either way, expect some money heading your way soon, continue the great work guys, it looks awesome and I can't wait to contribute.

PS. The portrait thing is also really cool. You're getting a custom portrait modeled after your face :)

are you guys going to have early buy in once the game gets to a playable state?

Hi Jungletoe, I have some questions about this game:

1) can the users set up our own servers to play only with our friends over LAN?
2) are there quests?
3) are there dungeons?
4) are there bosses?

If this game had some of the goodies of Ultima Online (open world, lore background, dungeons...), it could be a big game.

Hey, I answered you on the greenlight page, but here's my reply!

1) Nope! If we did so, the main server's population would drop off tremendously. We are open to discussion, though.
2) The game doesn't have premade quests, your friends make the "quests". For example, people will commonly create bounties on a person, announce some trade opportunities, etc.
3) Yes, they lead to the underground realm. I'll post screenshots of that area once the graphics for that are completed.
4) Yes. More on that later.
Ultima Online was a heavy influence!