It's been a long time since we posted but we think it was worth it as we made many changes and added many things !

A new mode has been included in that version. It is called survival and it is an endless chain of dungeons. 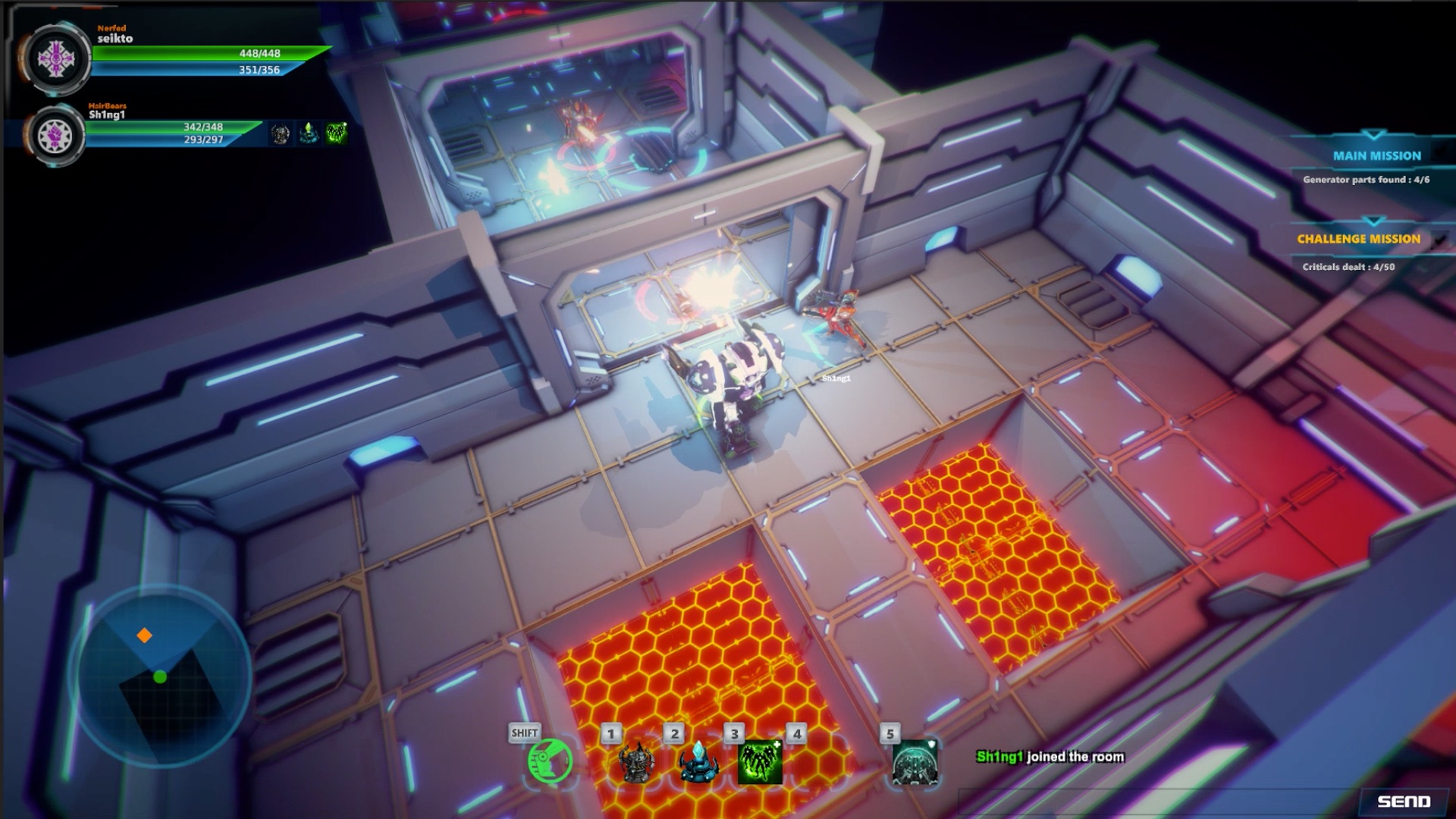 The dungeons are still randomly generated and there is a quest to be completed to each and everyone of them. At the completion of a dungeon you are being lead to the next one which can be a mission dungeon again or a boss dungeon. You are taking rewards by completing each dungeon but you will take all the experience when you finish the mode.

Depending how many players and the difficulty you will play you will have certain amount of re-spawns and when someone dies without having any re-spawns left, the mode is over and the experience is give to players.

Boss Crystals can be aimed

increase difficulty in Insane and Legendary

Purify now can reward you with attachment or specials crystals

Notifications at chat and screen

An image about crafting below: 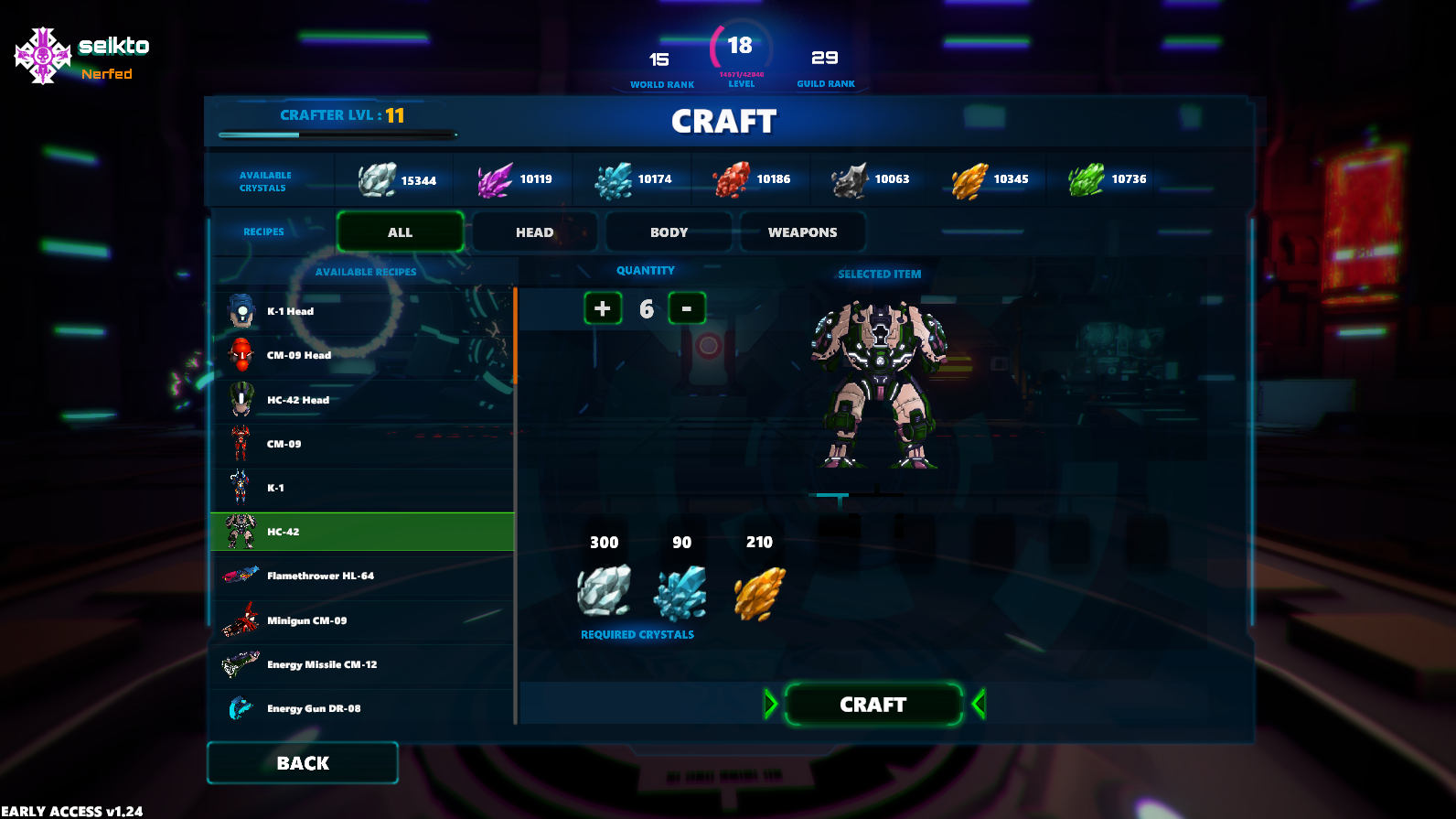 And about the mass purifying! 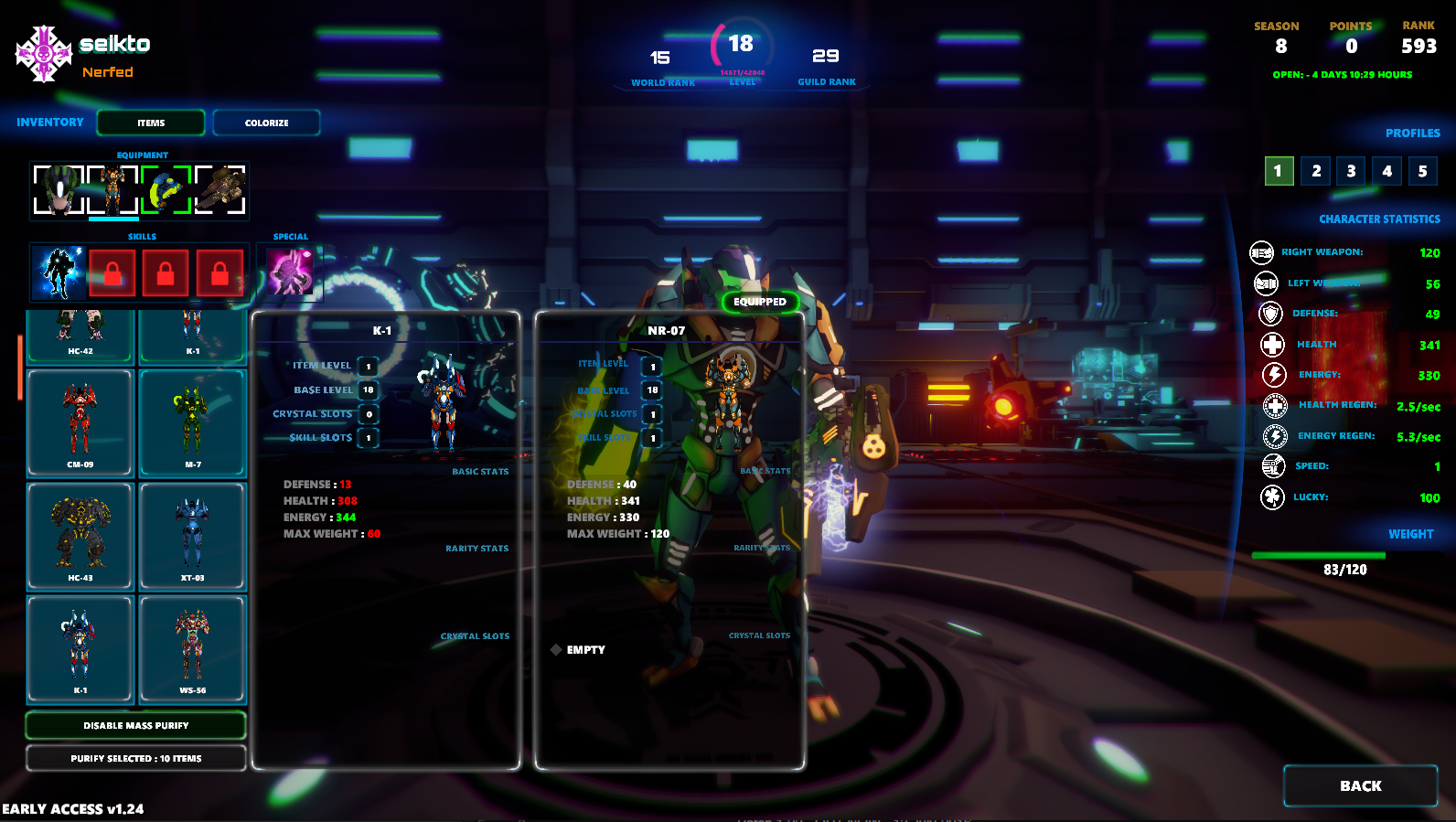 Hope you all liked the new changes and the Survival Mode and we can't wait to see everyone in-game for some dungeons!

Latest update on the progress of Dungeons and Robots.

Here are some of the things that we have done all that time since the last update.

This update is for our promotional video aaaaand... we are on Greenlight!!

Update everything to new UI SYSTEM and looks awesome!

You should add a death animation for monsters ;D That 'd be really cool!

This, is onne promising project, looking forward to see more about this

Soon we will show some in game footage! stay tuned! :)

Dungeons and Robots is looking really good! I can't wait to see some in-game footage!
Thanks for your interest in Linux too!

We have made a small video with a little In Game footage but more will come.
Youtu.be
Also thank you for the good words