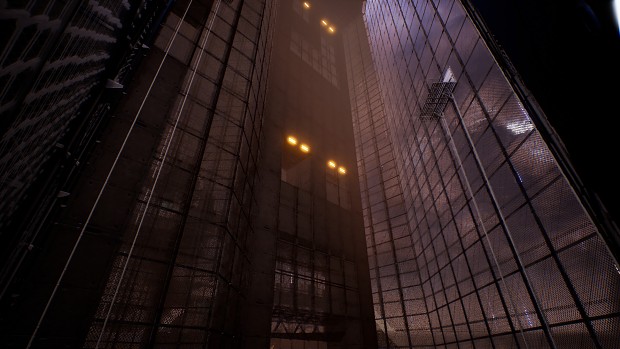 Nearing the End of the Arsenal Level

A few months ago, I made a post - Indiedb.com to introduce the design and backstory of the "arsenal" level of my game. The process of building the arsenal level has a bit of twist and turns - as I kept working on the level, newly added tasks with higher priority (ex: bug fixes, performance optimization) kept appearing and stacking on top of each other slowing down the level building process considerably. After several weeks of work, I'm gradually approaching the end of building the arsenal level.

One major gameplay element of the arsenal level is to challenge players to perform several precise throws consecutively. In order to raise the stake of a failed throw higher, almost 80% of the arsenal areas are sunk below the ocean plane, meaning a failed throw (thrown object fall under ocean plane) results in players starting over again; a miss-step from players (due to overreaching the hook distance and fall under the ocean) also results in instant death. As players progress through the level, the challenge becomes harder and harder, yet, after players completing the level, I hope they would found out the throw mechanics in the game has far more potential than meets the eye.