Synopsis:
Gears of duty is the direct result of the game Dragon and Weed: Black Ghost OPS (2.0 and 3.0). The game begins a few minutes after the end of BGO.
The side of Dragon
OMUS, unable to recover stolen nuclear head by Nemesis, organized with senior leaders of the Empire Royal in the capital of GUIG (Great Union Inter Galactic), Metropolis, to treat cases of Nemesis. Dragon is personally appointed the head of special forces, charged with securing the Empress of the Empire Vaordiens, Lord Leader Quasar and Emperor Royal Levyaros.
Weed-side (or Fox)
Still imprisoned with Col. Da Verona (Azura), it expects to meet its performance indicator within its prison, discover the new plans for the invasion of GIN (Imperial Nemesis Guard ).

Since BGO, a lot of novelty are contained in the new game engine gameplay can be divided into three parts:
Action:
The action part, no surprise, that party should appeal to nag of all kinds. The animations of the characters were redesigned and new ones were added.
Control side, the game will offer a gameplay more nervous and more accurate than its predecessor.
Boss side, a new more "classic" but definitely will be offered effective, so the Boss will be more varied and "unique" in context.
Finally, again in comparison with BGO, novelty, a new category of characters will be playable, what I call the NSC (Non-shooters Characters).
NSC as the name specifies, shall not use firearms, they will be equipped with their weapons being specific and can therefore perform melee attacks with more or less destructive.
Infiltration:
On this side, the innovations come primarily in management of AI enemies and potential allies. New actions were added to "facilitating" the infiltration. An important novelty is still worth noting, see below.
Exploration:
Exploration is part novel and tell me, exploration in a 2D game WTF? Well I would say that indeed at first, exploration in a 2D game that may seem boring, linear view useless ... But I questioned at length about this, and I think I found a solution that could be quite interesting. This solution will also be used in the levels of infiltration, but more simplified in this mode (yes this is the important development that I mentioned).
Here's what you will be offered, quite simply the solution that I think is a system of gates. Wholesale level would consist of several parts that through this door system, would make it on other plots of different maps or even to return to a previous one.
-Images:

In the previous series of images was presented at the Nezel arid desert, and many now discover new screenshots, taking part in the last level of Black Ghost OPS 2.0, the Nemesis Elite Core, with our good old Dragon. 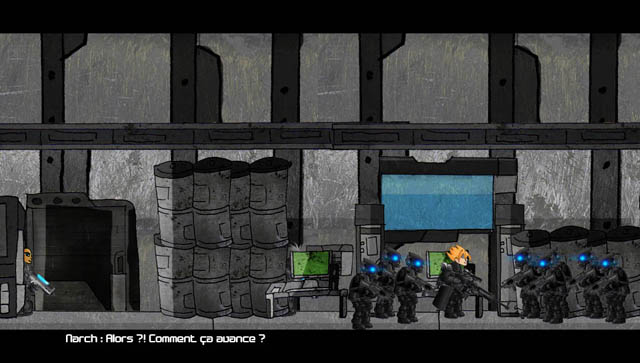 Screenshot of BGO 2.0, within the NEC, the submarine hangar 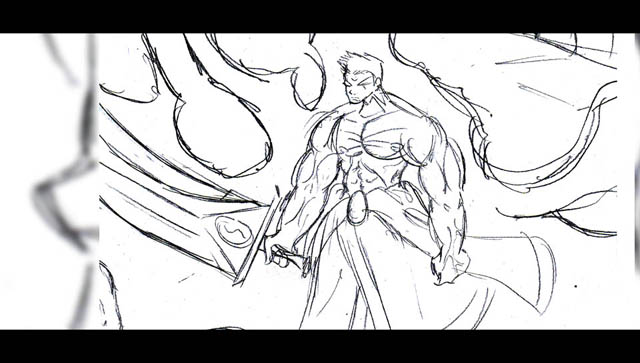 Screenshot of BGO 2.0, General of the GIN, Krovoss, moody you will notice ... 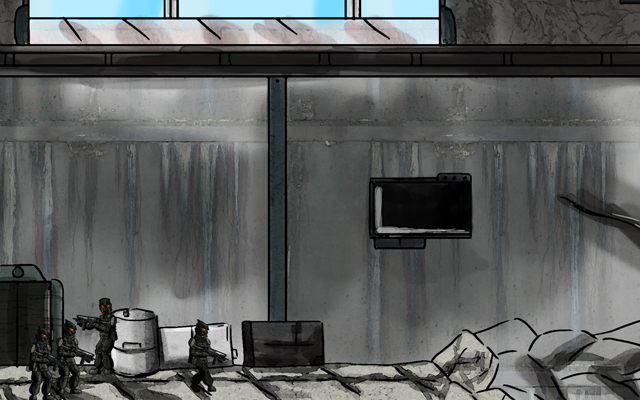 Nemesis some reinforcements to our General friend * Note that the problem of "broad strokes" is solved, but the first 3 images were made ​​before * 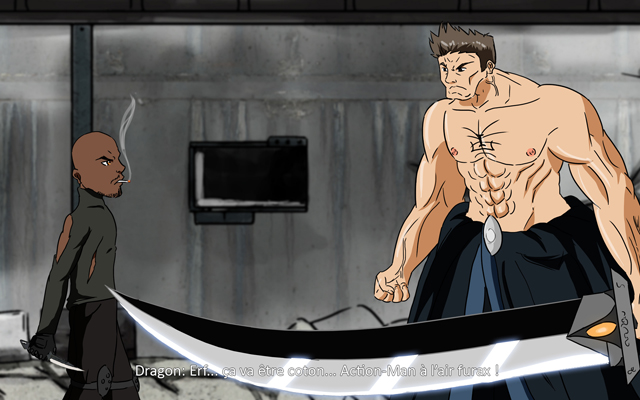 Dragon and his bad jokes, will be back... 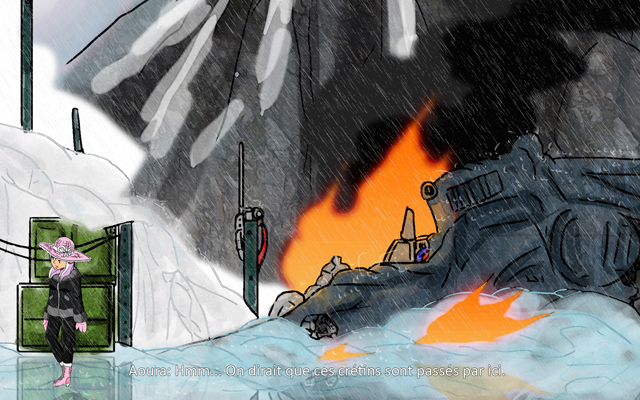 The beautiful Aoura will also be part of 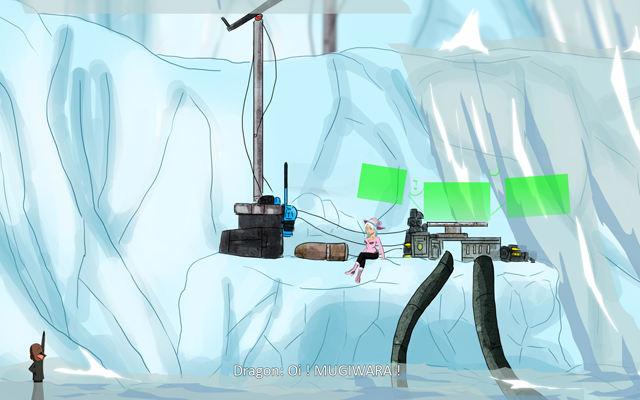 Nod to a famous pirate captain 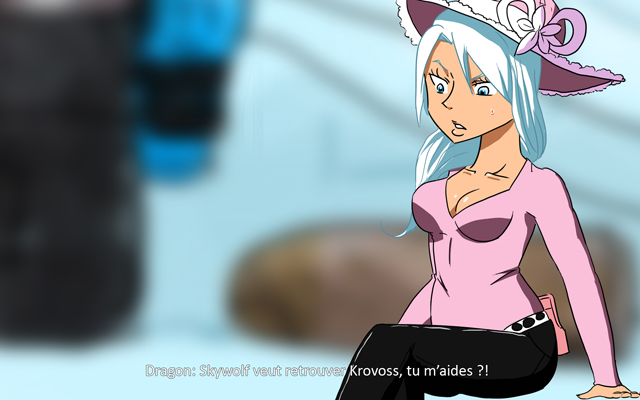 Dragon is a main character. Rarely seriously, rather there to lighten the mood with his humor and his jokes muddy.
In battle, he likes close combat and weapons.

Weed is just the opposite of Dragon. It contrasts sharply the duo. It is a patient person and very intelligent, he was nicknamed the Silver Fox because of his silver hair.
He does not like to be on the front of the stage, but if he must show he knows what dreadful.

Azura is a young colonel, but with a very interesting CV. Although she loves to play his physical, it is nevertheless reckless and dangerous to his opponents. Azura handles both firearms as weapons.

Aoura is a childhood friend of our two heroes. Despite her angelic looks, this is a pretty girl, bossy, impulsive and a bit manipulative. She likes to use his charm to get what she covets but also a very perceptive.

Gears of Duty, the come back

As promised here is the information and news about D&W 2 by the official development website's magazine: OG-ZONE magazine.

After month of non-news, first details of Dragon and Weed 2, will be reveal for Christmas.

@Happyloser: For now there is no MAC version expected but I will look with the programers to see if it would be possible to work on it;)

Am i The Only One Who Thought it said Dragonball Weed?

any chance for a mac version?

Can you use the pegi thing on the cover?