Dragon Gate is based in the world of Corderia. In an ideal world Dragon Gate is aimed to be a successful MMORPG with a large player base, fun game-play and lots of it's own originality. Bringing together the classic features of an MMO whilst introducing a more immersive gameplay. DG is being developed by 3 people on the OverSeer Engine (heavily modified version of Realm Crafter). Dragon Gate is currently Pre-Alpha Stage.

In this latest patch we have started to introduce a proper item system, fix a few bugs, continue to develop the UI, modify the chat system and added new settings to the graphic options to give the player more control.

Changes
- Main Menu: The main menu has undergone further UI and user development. We have redesigned the validation and error message pop-ups so that the player is more informed about what he/she has done wrong. For example... 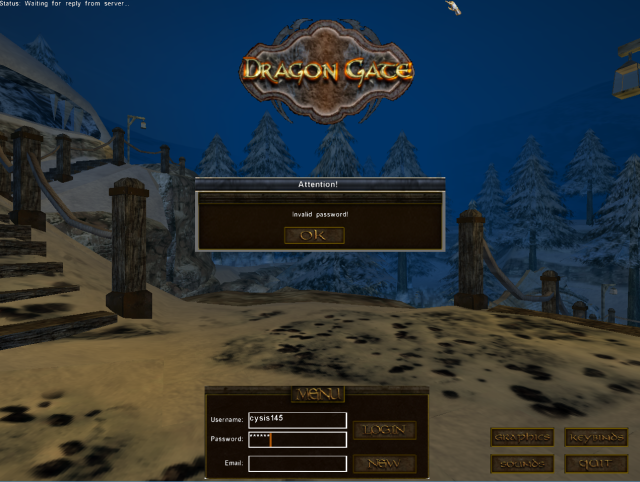 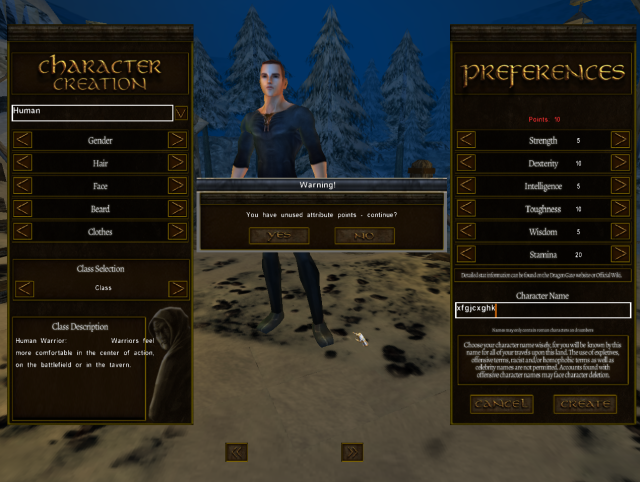 The Graphic Options went under further development and we have added more options so that the player can optimise the client themselves so it works at a decent fps on their pc. The layout is not finished and still messy but all the controls work. 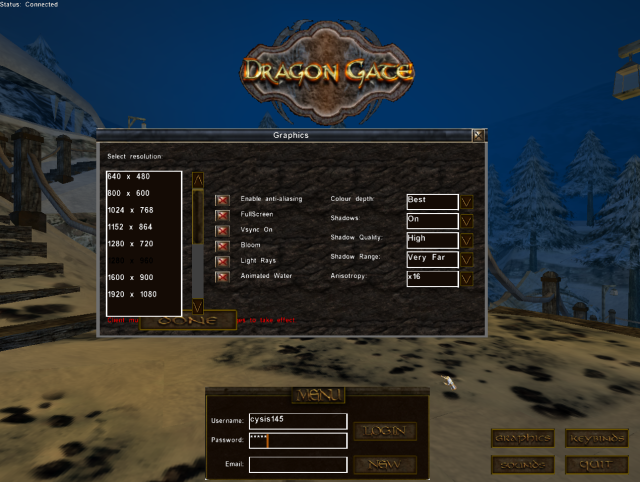 Chat System: The chat system underwent some modification making it more user friendly and easier to read.
- We added a semi-transparent background to the chat area so that the text is easier to read and doesn't blend in with the background.
- The time that a message stays in chat has been increased from 10 to 15 seconds. It was becoming hard to read long messages that kept disappearing. There is a chat history button but it is currently unfinished and impracticable to use.
- We removed chat bubbles that appeared over the players head when ever a message was sent. Although these were rather cool, they began to become very hard to read when there were multiple people speaking at once standing next to each other.

Inventory: The inventory has had some small modifications added to it. 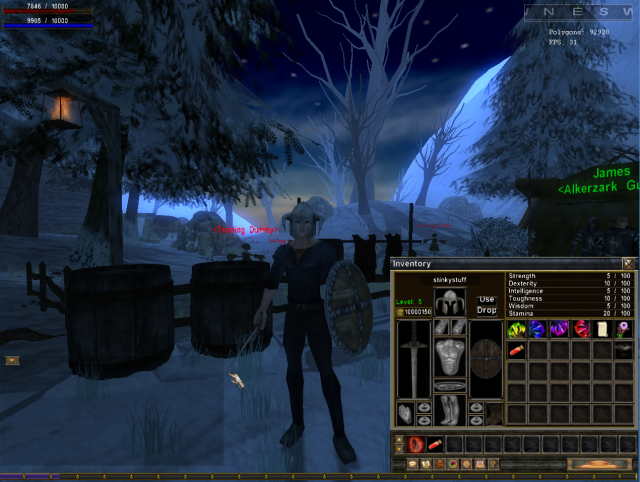 - The Gold display now uses an icon instead of "Gold:". This ultimately looks much better.
- Item Equipping code has been started but is far from finished, so far Swords, Shields and Helmets equip correctly and can be dragged and dropped from the inventory slots or just simply right clicked.

Items: Consumables are now fully working so stuff like food and potions when used trigger correctly and runs the scripts efficiently, as well as creating the buff icon for the item. For example the picture shows the player drinking a Basic Healing Potion. 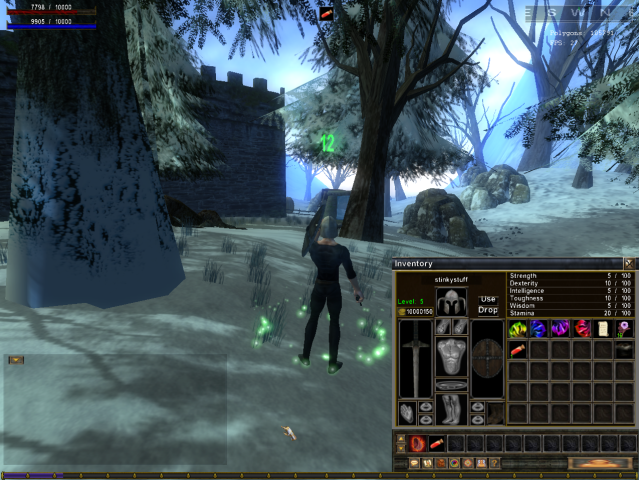 Bug Fixes
- Client/Server Time: The time displayed in-game compared to that of the Server were completely out, this was due to the client and server falling out of sync because of an error in the time calculations in the code for the server. The calculations for both the client and the server have been rebuilt and as a result this has removed the issue entirely.