Devoquest stands for devastated quest, which you play in an classic rpg, you awaken on an island with a mysterious stranger who tells you that, you have been attacked by assassins but on your way back to get revenge you find out none of this is real. It turns out you have been "trippin" out and none of it's real. You end up finding yourself hacking and slashing at nothing and when you "win" it turns out the mysterious stranger has put you in a wrong game, therefore you get teleported into a High-Definition rpg world, where you must find out what has happened and if this is all real or not. 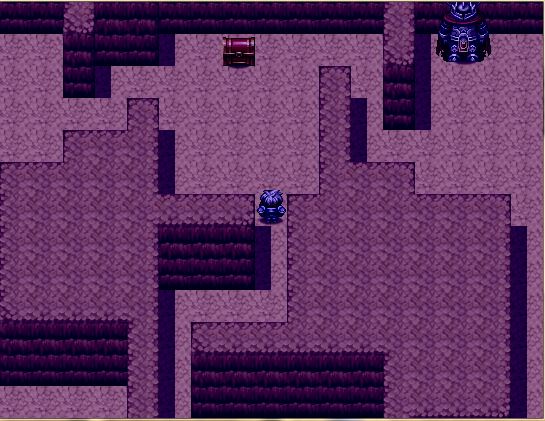 The first boss in the game is a dark knight, he is slow but he can tank well, he's easy but not to easy. This picture is showing the basic dungeon as well showing the occasional boss with a treasure chest inside, but it's not the only chest that's in there. Exploring in this game will always reward you with goods to help you proceed in the game. If you wanted to avoid the enemies and tried to run past him, he would chase after you and basically force you to fight him since he won't back down with a fight. Each boss has there own attitude like this boss, he is heavily armored and is over confident. This knight likes to use his two-handed sword, kick and the occasional tackle to keep you down. He may hit soft but he will adsorb allot of damage without a problem.