2 weeks ago i've introduced the Labstation, this week the station hub itself and the science lab module are finished.

If you remember, two weeks ago I've shown the highpoly model of the Labstation: 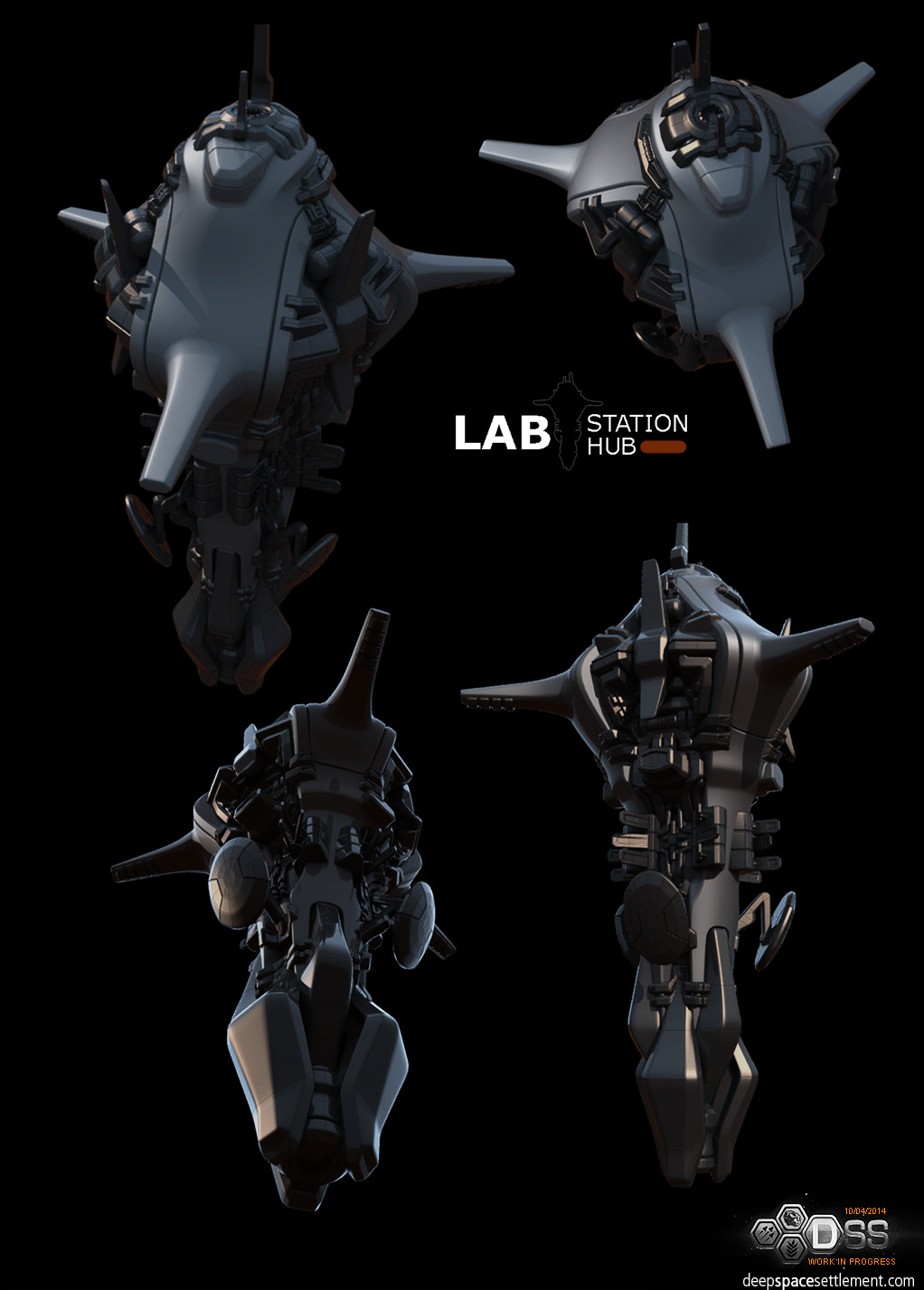 Things have progressed a lot since then, the lowpoly model looked like this, after the normals have been baked. 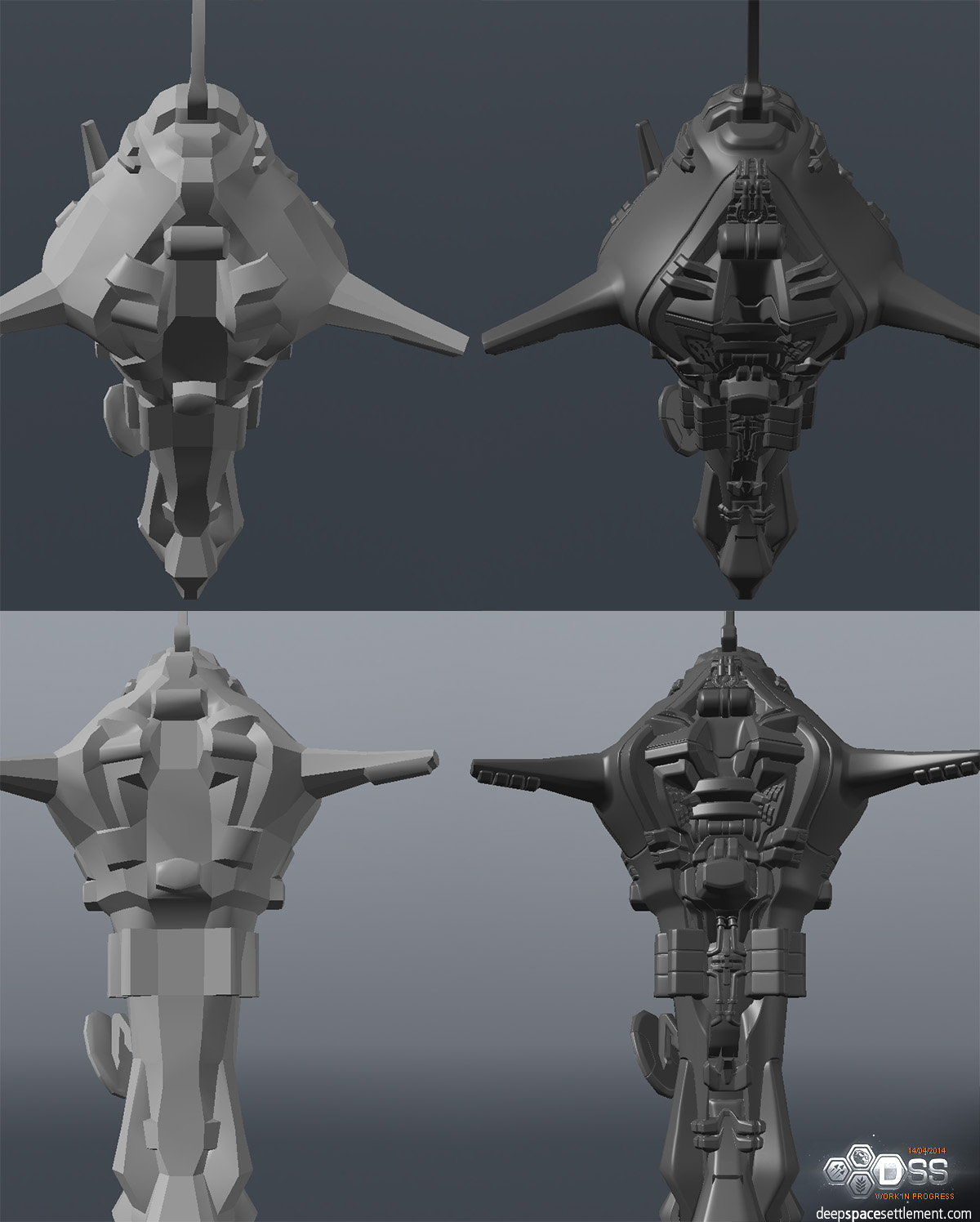 Amd after texturing this I what I got: 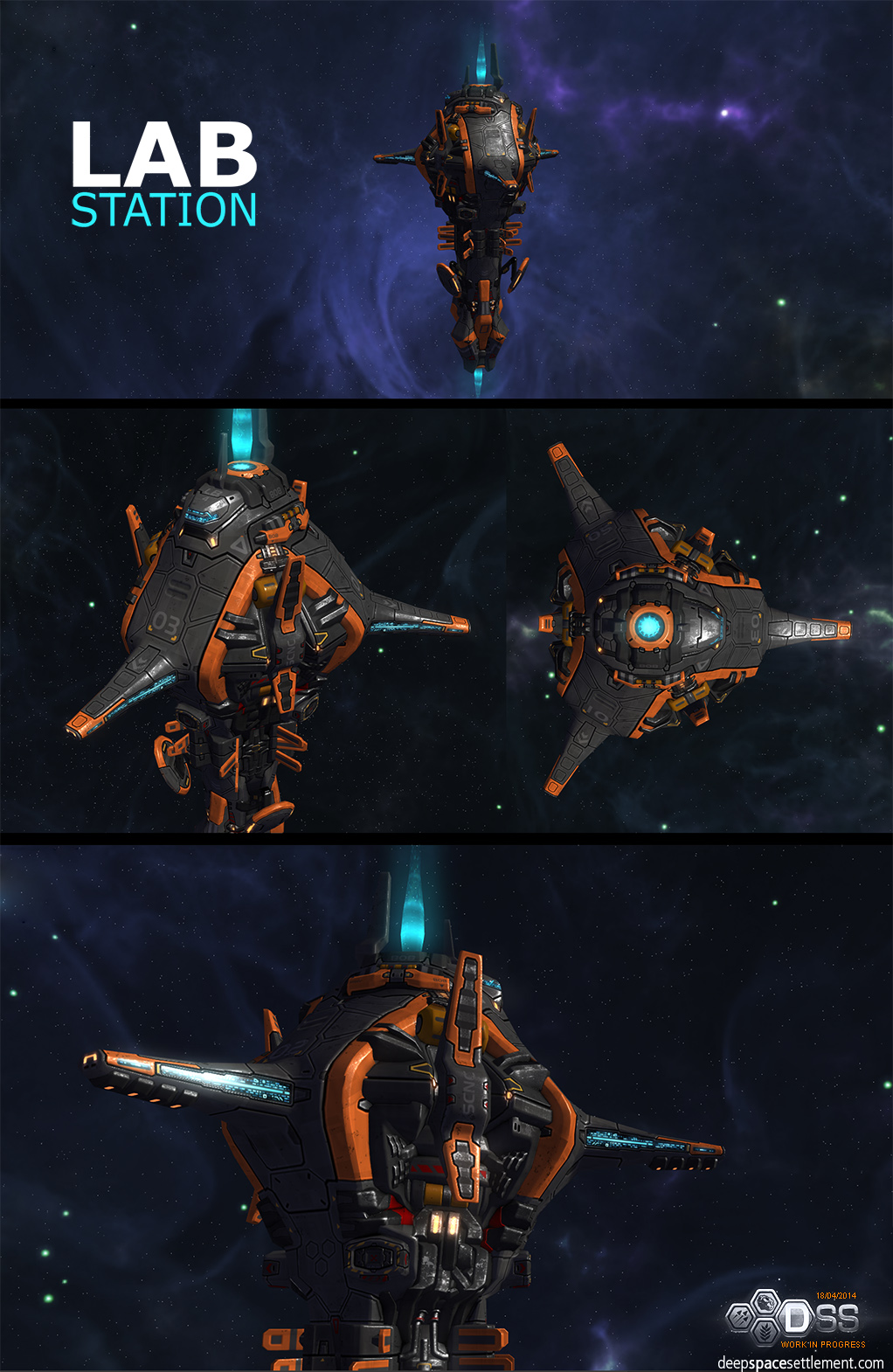 There's more WIPs in our gallery here, Check it out if you want.

Now, just like with other stations and even ships, the hub/core doesn't do much on it's own. It's usually where I place the the bridge/control center(s) and where the player can add internal components like reactors. To get a purpose and be productive a station needs modules. In the case of the labstation, one purpose is to generate TechPoints which can be spend on the research tree, to unlook new ships, stations, weapons, all kinds of things. TPs are generated at the science lab module.
As with most assets for DSS, I find the initial design when doing the highpoly model, although I was working from the following rough concept, nicely establishing the basic topology and arrangement, supplied by Stephanie. 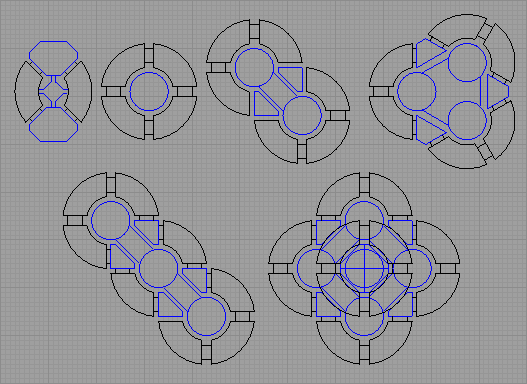 These are top views and I''m referring to the second design here, but you can also see ideas for future labstation hubs, that allow more than 4 modules.

Here's a top view of a highpoly model(hub + 3 modules) 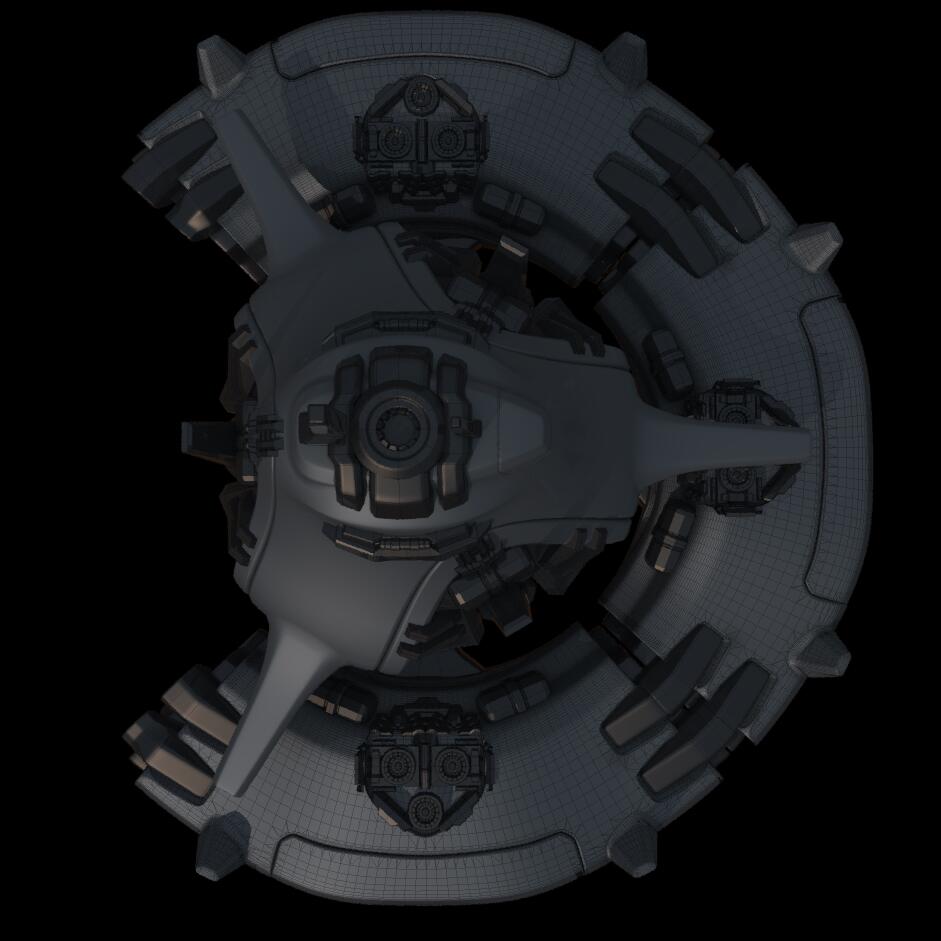 This is just an accident actually, but I thought it looked interesting. Ori, anyone? :) 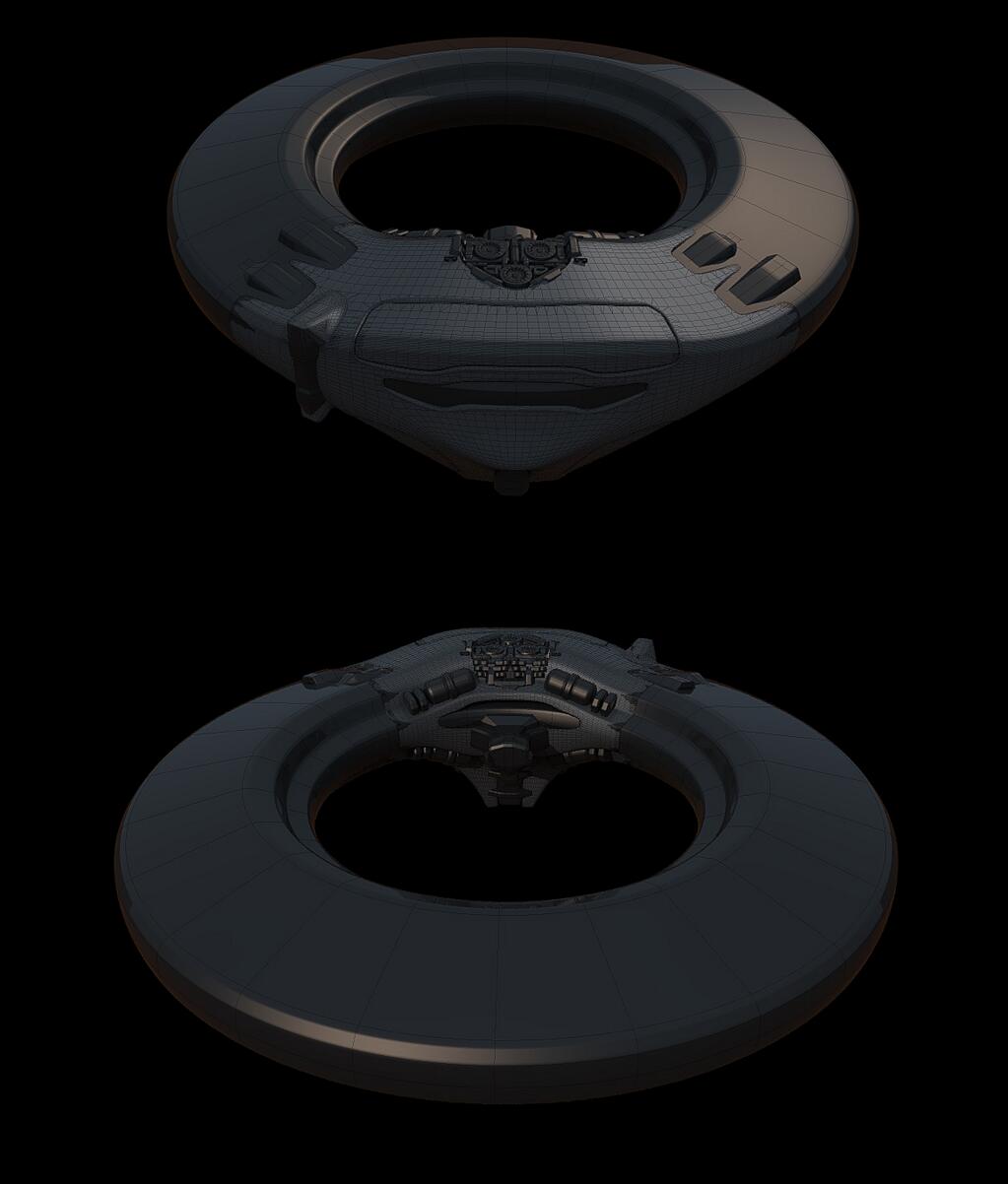 Lowpoly mesh has been built, UVs and cage were set up, this is right after baking: 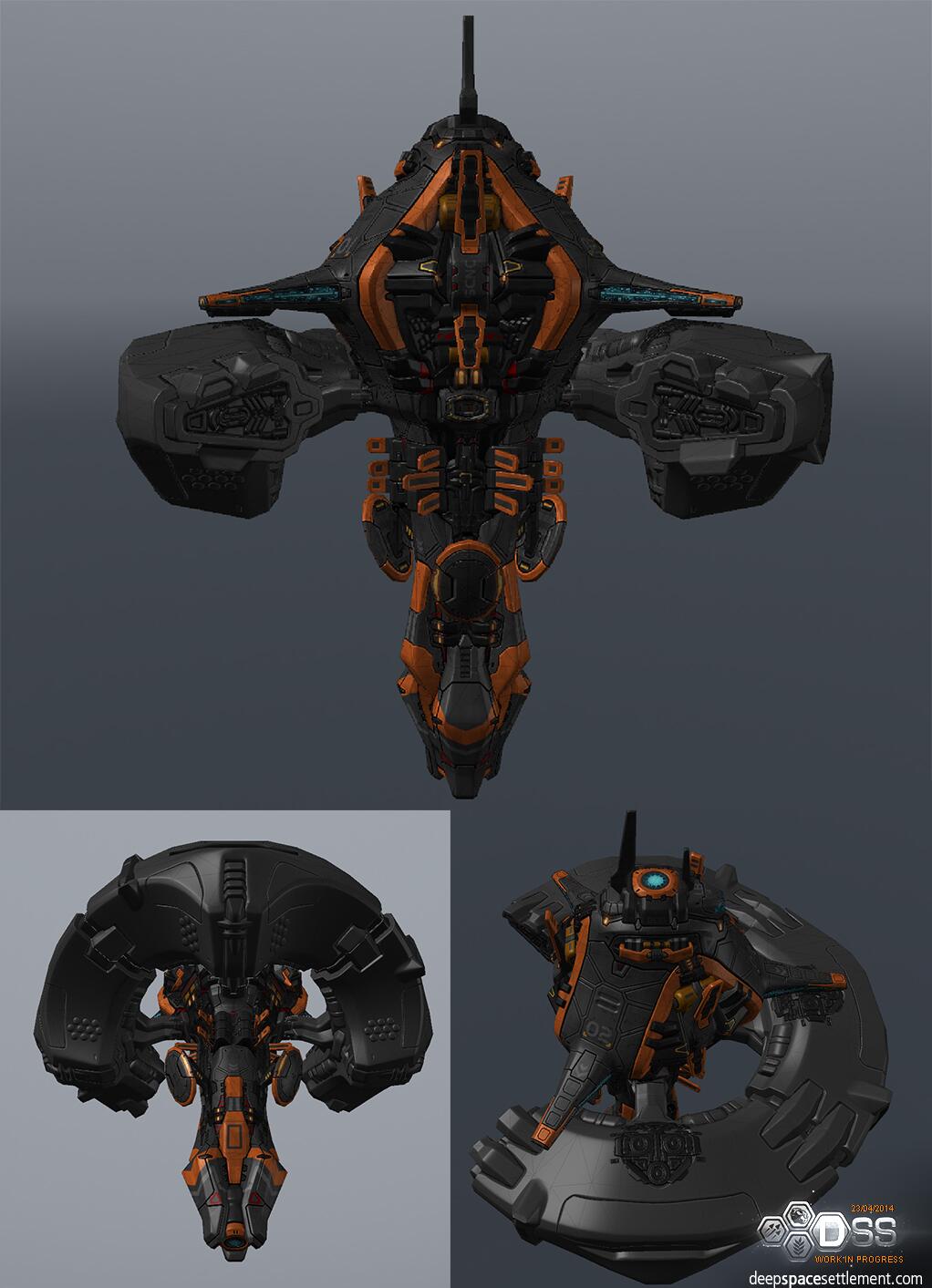 And here it is in DSS's model viewer(so practically in-game). 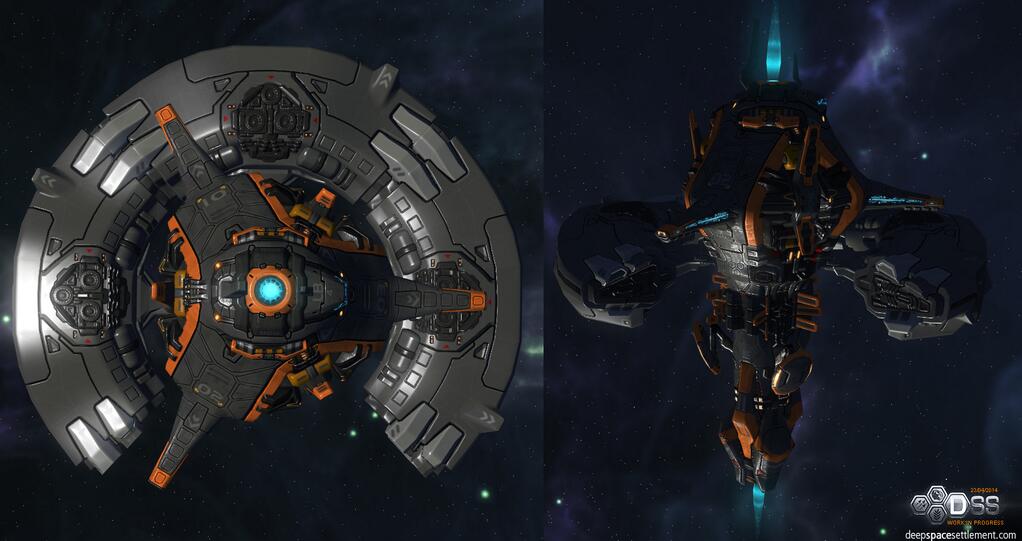 I like to do these comparisons, because they always amaze me(and apparently others :) This is the same mesh, with and without normal maps. 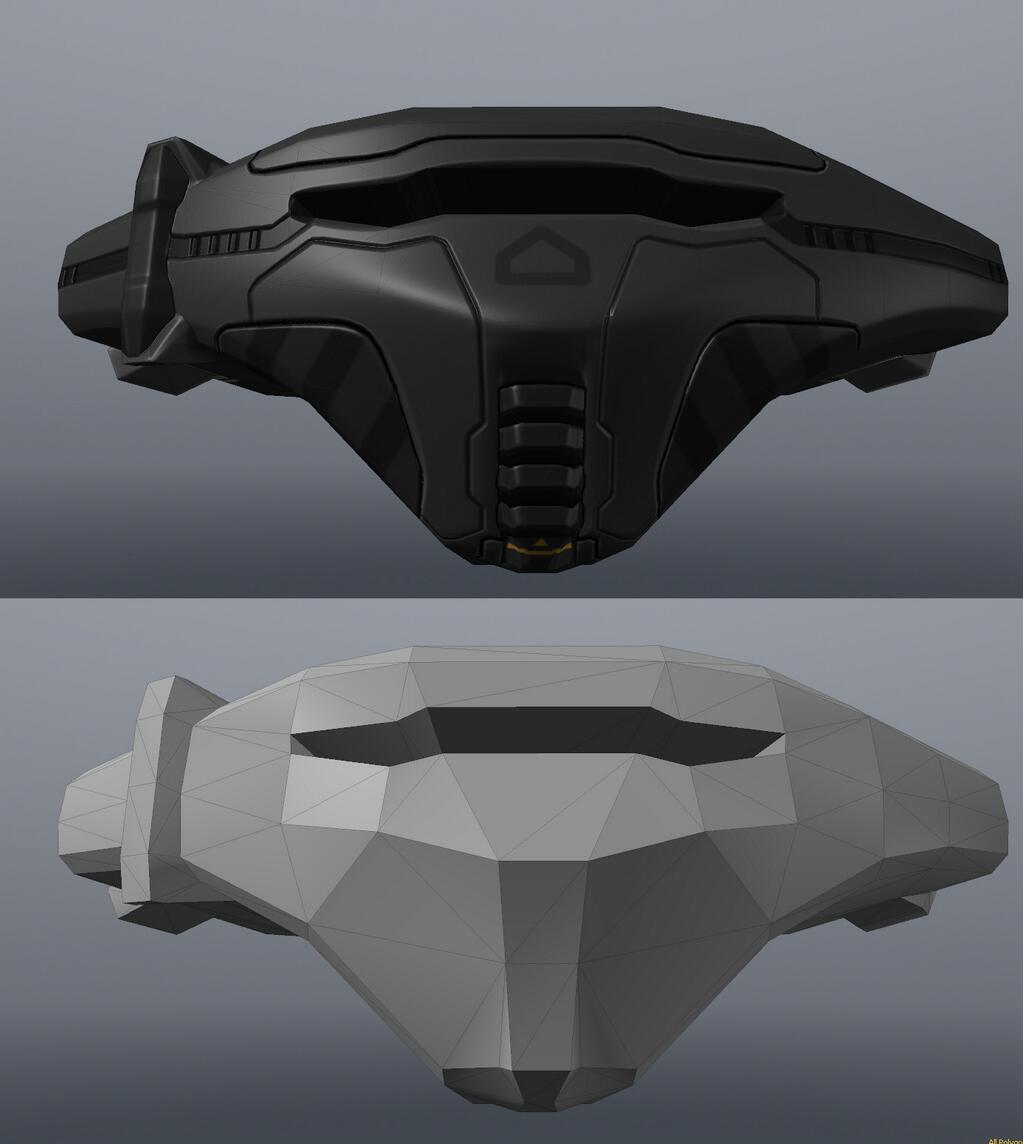 Do you see that crease and how it fades into the surface? Pretty amazing if you ask me. So often, I see normal maps used as glorified bump maps because it's the hip thing to do, but their true potential is transferring surface information over, not just making small bumpy details. 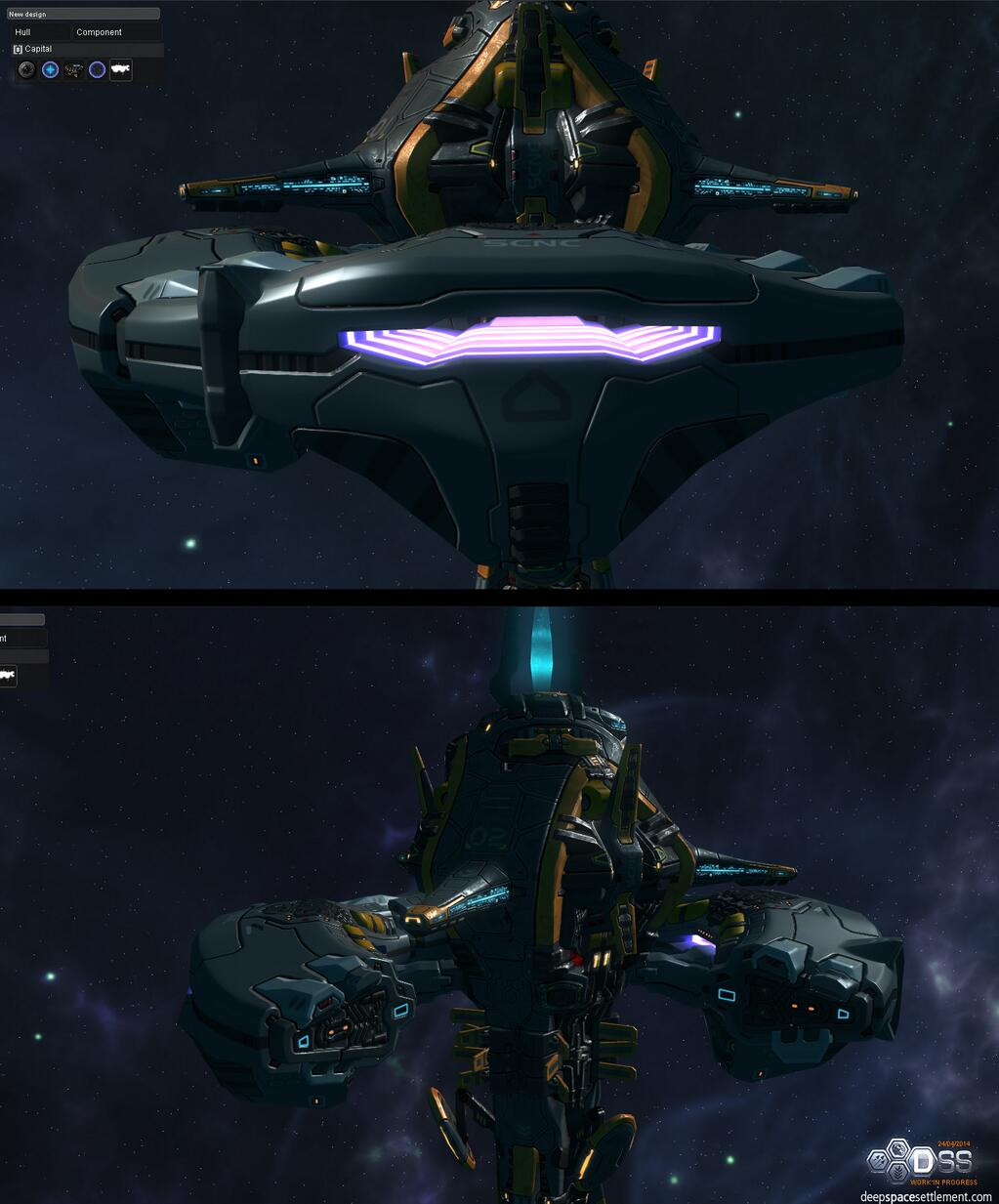 I imagined the glowing bit in the center to be some kind of temporal field generator. Research would happen at least in part, by peaking into a vague future timeline :D 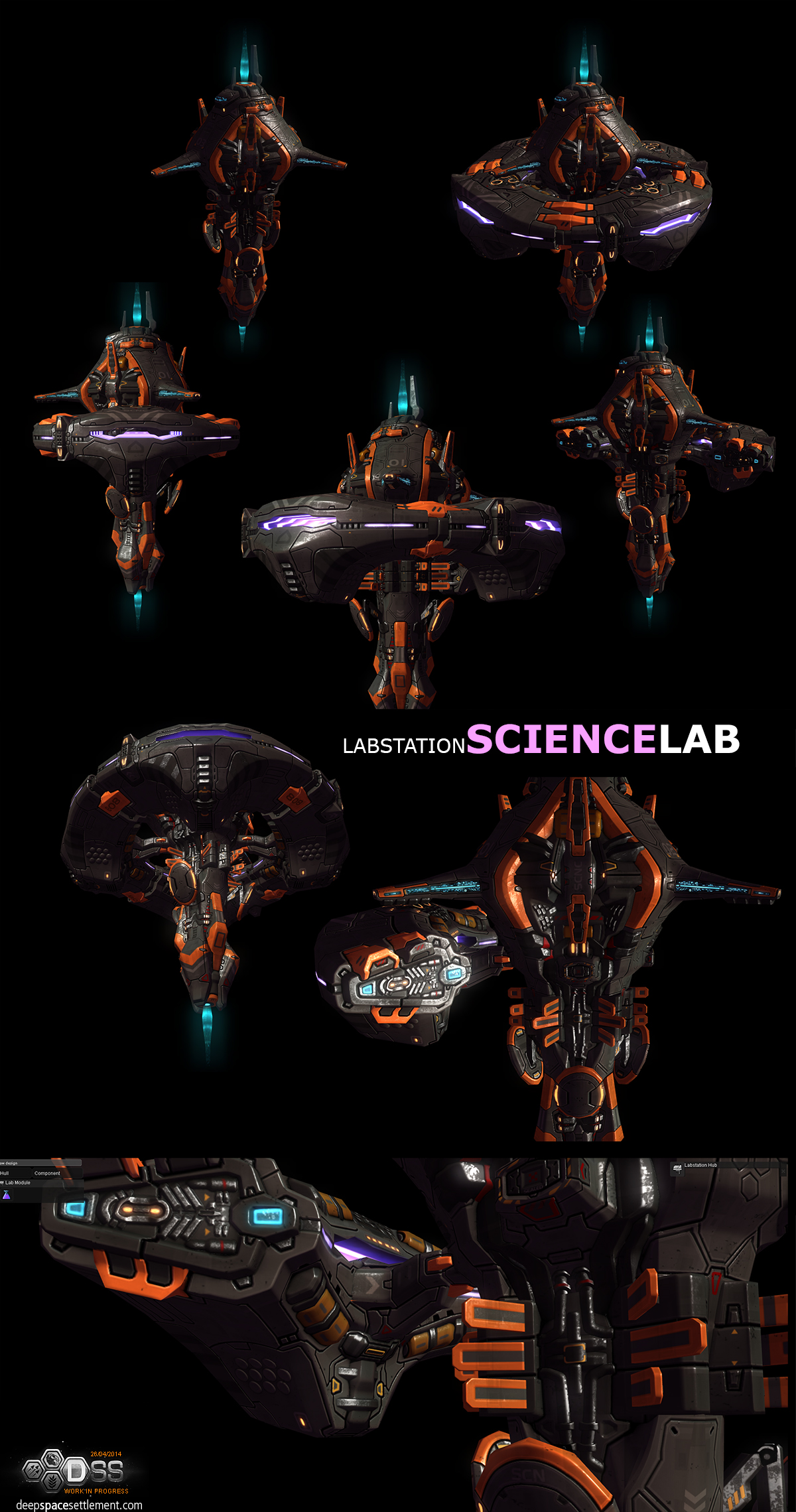 There's an album of the individual images above in full resolution here. 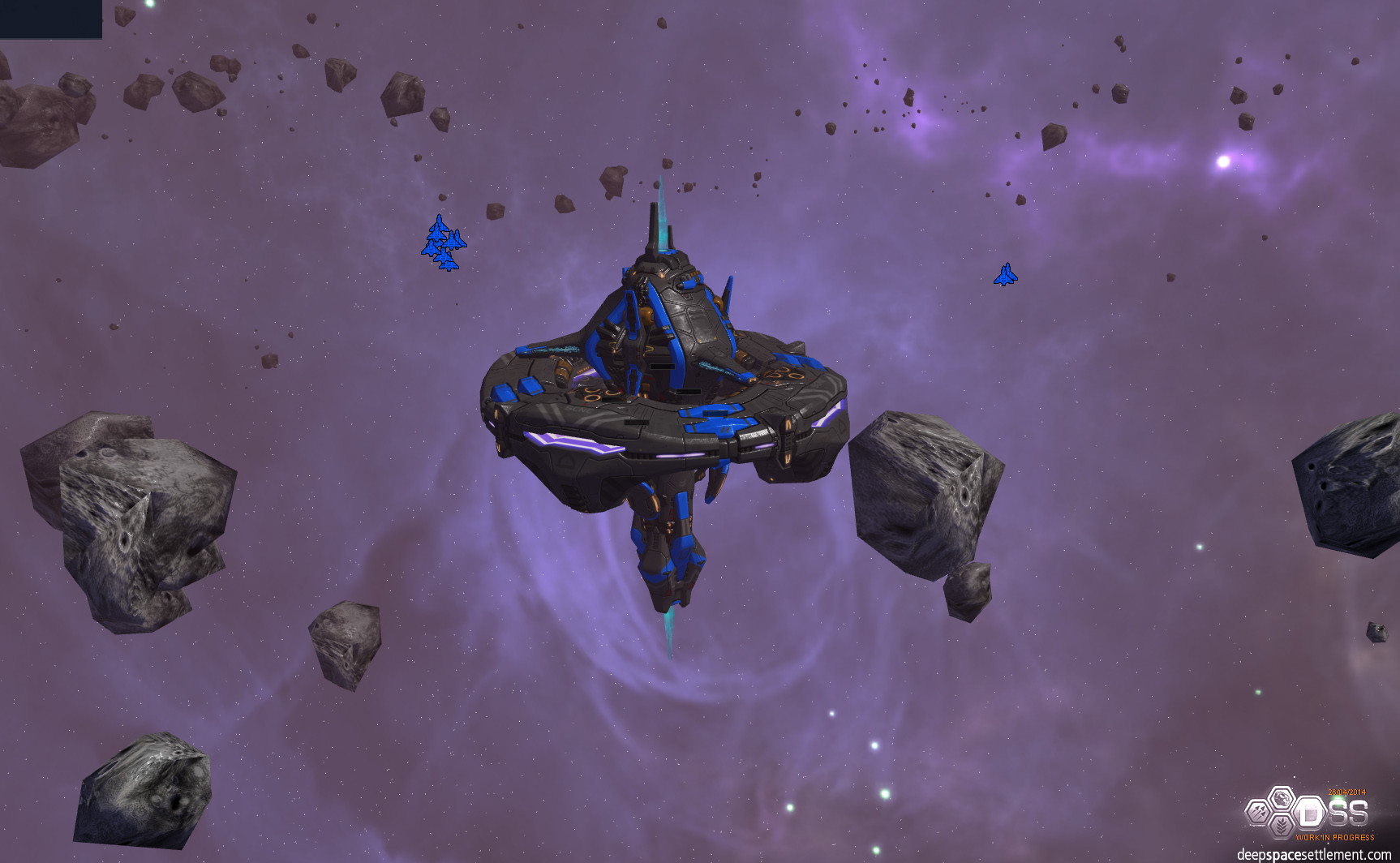 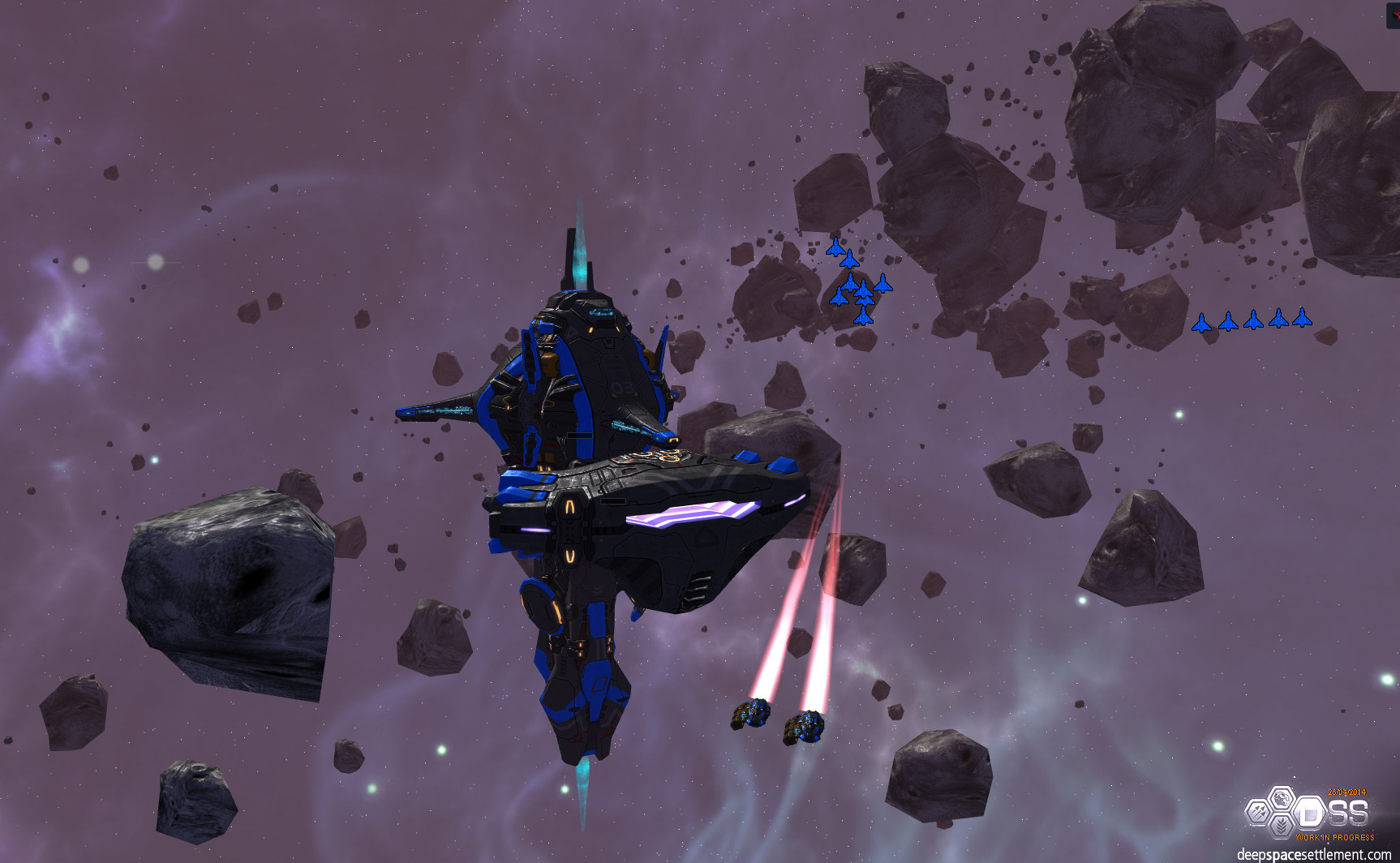 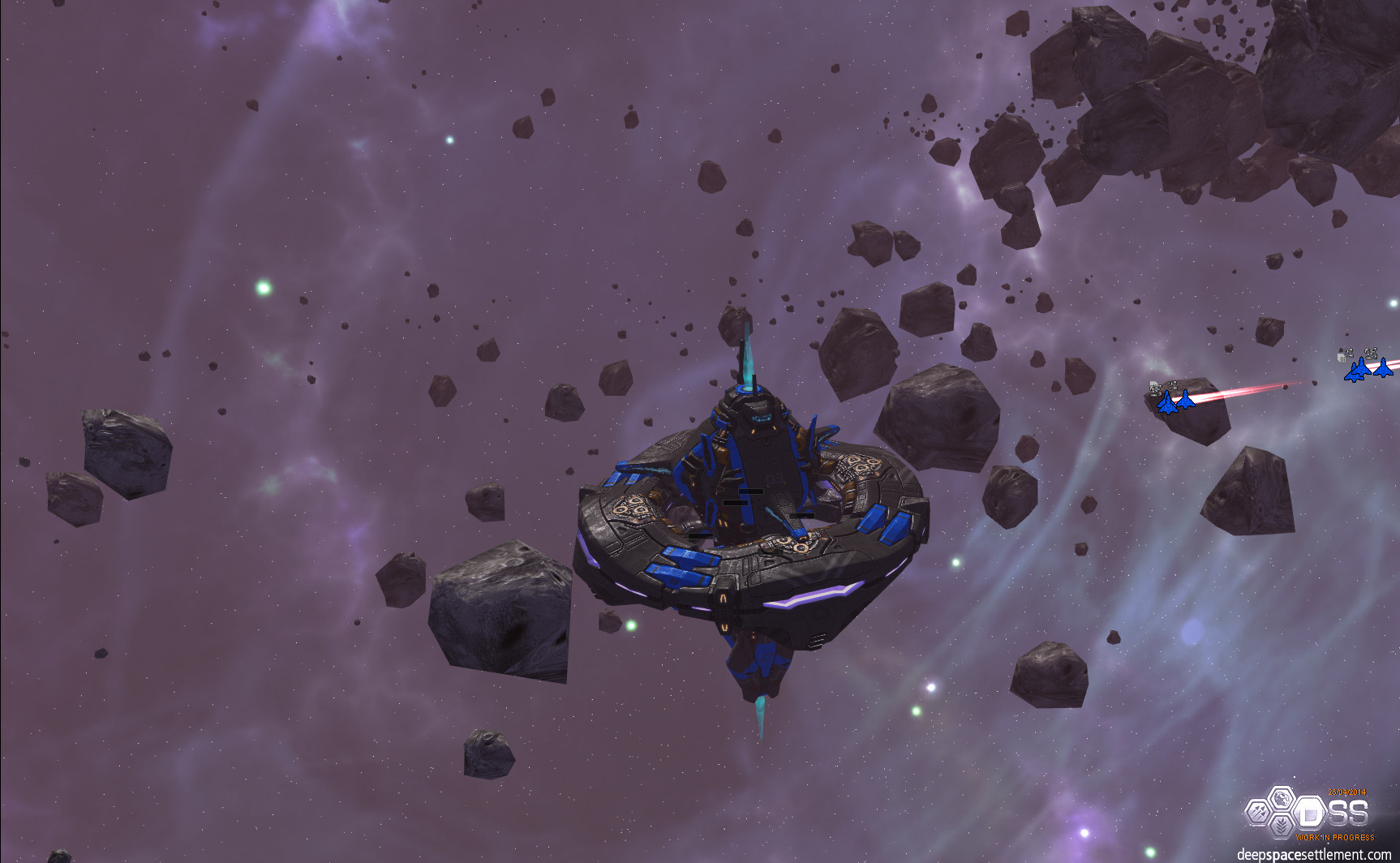 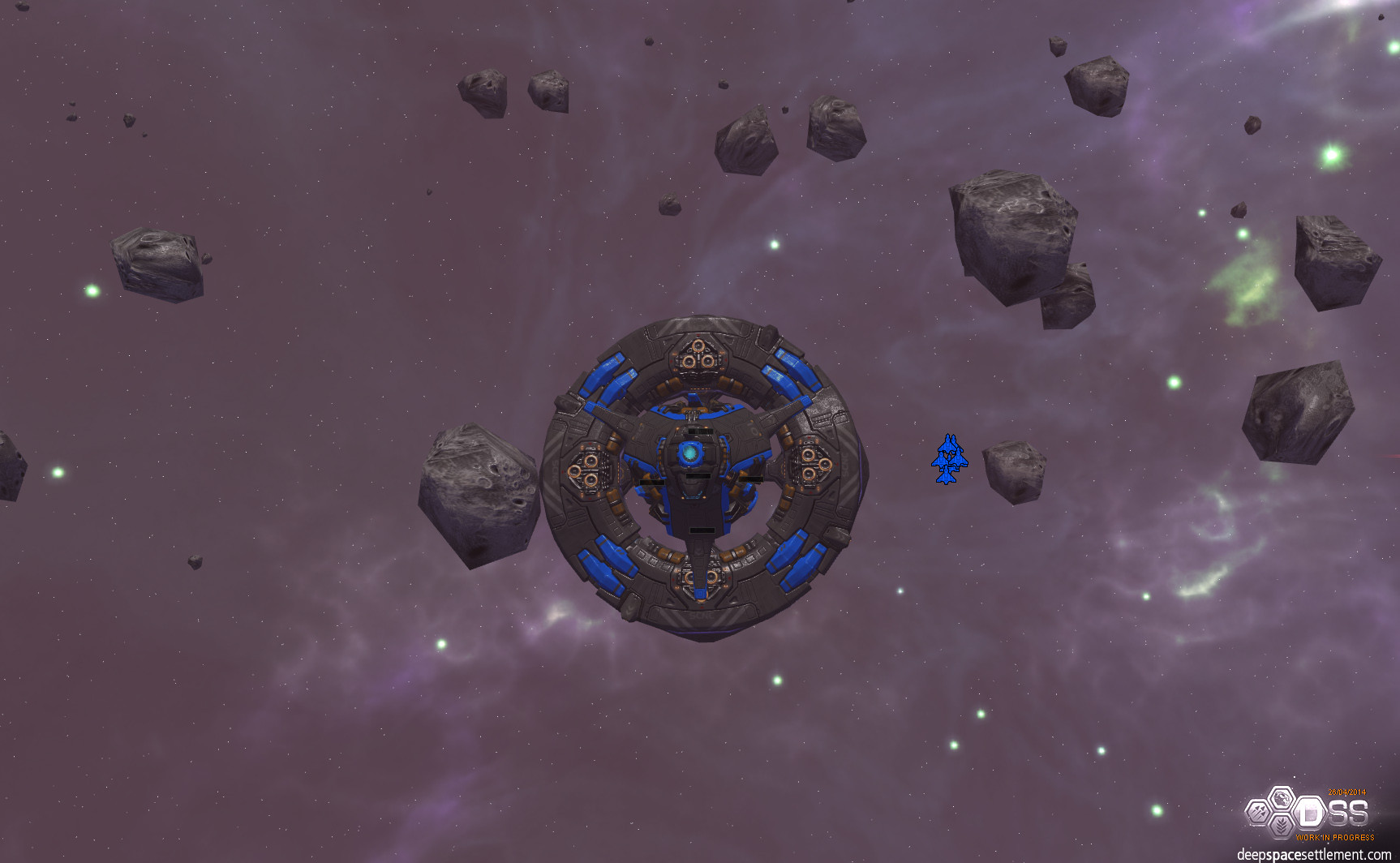 As always, comments, questions and critique is much appreciated!

Incredible, Getting a strong Homeworld feel from it(Specifically the Kushan Research Stations). As always im blown away, Keep up the incredible work!

Thanks man. Homeworld 2 had a huge impact on me and without it I probably wouldn't be doing what I do now.

Yes, and the beauty of it is how it can react with light, despite the low polygon count. You can have rounded edges, that produce proper edge highlights, where otherwhise there would be harsh, unrealistic hard edges.

any idea for a mac support? look awesome