Dead Cells is a roguelike, Castlevania-inspired action-platformer, allowing you to explore a sprawling ever-changing castle… assuming you’re able to fight your way past its keepers. To beat the game, you’ll have to master 2D souls-like combat with the ever-present threat of permadeath looming. No checkpoints. Kill, die, learn, repeat.

We’re huge fans of Roguelikes and Castlevania… So it was only natural for us to give birth to their bastard son, the Roguevania.

We especially love the threat, adrenaline and that addictive feeling of having no checkpoints to save you from your screw ups. Procedural generation is also a great way to provide a fair amount of diversity, while we make sure the level design always stays fun.

We’re aiming to offer a different experience in each and every run and still give the world a meticulously handcrafted feel. Yet, we also wish to add our little something something to the classic recipe of a Roguelike map. Instead of the regular, rigid progression between levels, we would rather leave some room for the player to choose their path. For instance, you could reach the dungeon, by taking on either the ramparts level or the sewers. Some paths will be shorter but harder, or maybe the foes there will be more suited to your playstyle. So, it’s up to you to choose your strategy and make it as far as you can.

And, it won’t be easy. We choose to design the combat to be quite close to what you can find in the Souls games. Every weapon has its own unique gameplay and art, bosses and monsters are pattern-based, but at least, you still get invincibility frames on your roll. We’re going for that “tough but fair” feeling.

But sometimes, you want to take a break from all this violence. Explore a bit, take a stroll, enjoy the view from the ramparts, find a secret room. Thomas and Gwen, our graphic artists, take every opportunity they can to whip up something that’s going to make you want to stop and look around for a while. And maybe, you’ll learn a little more about the story of the place, who knows?

In an announcement posted to the game’s official Steam news feed, the developers of Dead Cells have announced that they plan on adding mod support to the indie pixel art roguelike.

"If you're interested in modding Dead Cells, please stick around, we will need your feedback to get this right!"

The game, which features randomly generated levels and a Metroidvania-like progression, is currently in Early Access on Steam, but has plans to fully launch in August of this year. Developer Motion Twin hopes that mod tools will be out before that – possibly before this month is over.

As to why mod tools haven’t been implemented previously, the team elaborates:

“Finally, we're also working on something which has been in our minds for a long time... Something that’s been quite difficult to pull off due to the way we built the game since the beginning: allowing the community to mod Dead Cells.

Internally we have a limited, basic mod support working. However, currently even very minor updates break compatibility instantly, which is kind of a deal breaker. Once we've fixed that, we will release the tools into the wild along with some basic documentation. Hopefully, as early as this month. So, if you're interested in modding Dead Cells, please stick around, we will need your feedback to get this right!”

Dead Cells fans who are keen to see how the game can be modded should pick up the title now, and be sure to post their works on ModDB! We’ll update this story when the mod tools go live, and have more information about what specifically can be modded once the update releases. 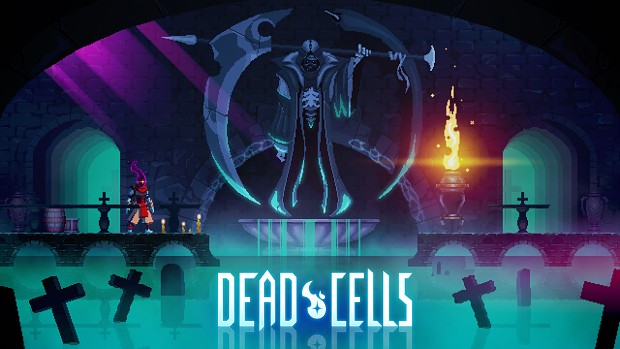 We just reach Early Access! Can't wait to hear what you think of our little baby with a controller in hands.

Here we go! Early Access Launch Trailer is available, and we're heading to steam next month.

Building the Level Design of a procedurally generated Metroidvania: a hybrid approach

Using procedural generation and maintaining robust Level Design might seem like an oxymoron at first glance. In fact, the key for us was in having the...

Our beloved Lead Designer Sebastien Bénard wrote a piece on the procedural generation in Dead Cells. We turned it into a lighter video version, in HD...

i have to follow this game, as a dev and player.

I hope it will be available on consoles. Looking forward to the full game.

Hi man, could you send me the key of this game for me to make a video.

I love games of this genre.

It says mac under platforms in the profile but only a PC version is available. Hope to see a mac client soon because this game looks sweet.

That must be super challenging for your overall level design and the balancing of character progression. Gameplay looks absolutely sweet. Stunning graphics. I look forward to play this.

As an indie gameplay programmer, I'm curious why your team chose to use Haxe and Heaps over other languages and engines, such as C# and Unity? As a small team, your website says you have ten members, wouldn't it be easier to develop using an engine that already has a large number of tools developed for it rather than make your own? Lastly, what IDE, if any, are you using with Haxe?