Darling is a terrifying, story driven adventure game set in the fictional northern Montana town of Darling. The main focus is an attempt at recreating and expanding upon the kind of atmosphere and ambiance of our most beloved horror games, while driving a plot with a very dedicated story that will leave players crushed and shaking. The world will seem to come alive around you as relics from a not long forgotten past tell a story overlooked by the outside world. An expansive game world will draw you in with plenty of discover-able locations. Node based gameplay will allow you to explore your world before being shut inside of one of Darlings many now-decrepit buildings which groan self-pityingly at their forgotten past while you discover what secrets lie within. The story of Josh and the town around him have been, and are continually being, rewritten to be as influential as possible and to stand out to players as having true depth and complexity, a feat which will create immersion. 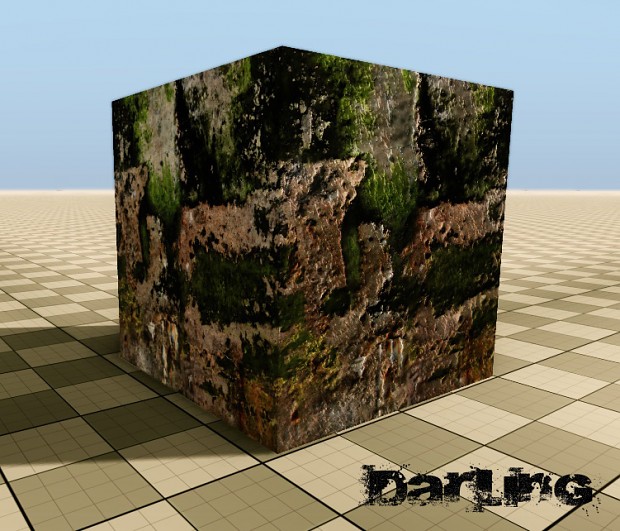 I think your normal maps are too powerful; Especially in this one, you're losing recognition of the material.

Thank you very much for the constructive criticism! I'm going back through a lot of them using crazybump and turning the intensity wayyy down on the normal's

It's probably a good idea to familiarise yourself with the cryTIFF plugin, if you use photoshop.

Generally, most surfaces benefit from more subtle shaders. Here's A metal floor surface I made. Crydev.net

gorgeous tiling! I, too, have notice how much better subtlety reacts to the eye. What program/plugin do you use to create and edit your normal maps?

I'm using Photoshop to make seamless textures from photographs. My shader maps are made in photoshop or using the cryTIFF plugin

crazybumps is awesome, but it has a tendency to create crazy powerful normals. Which can be good, but often are too overpowering. These days, I use a combination of a crazybump map and an xNormal map that I blend together using a soft brush in photoshop. This seems to work best as I have control over the super deep portions from cbump, and the shallow subtleties from xNormal.